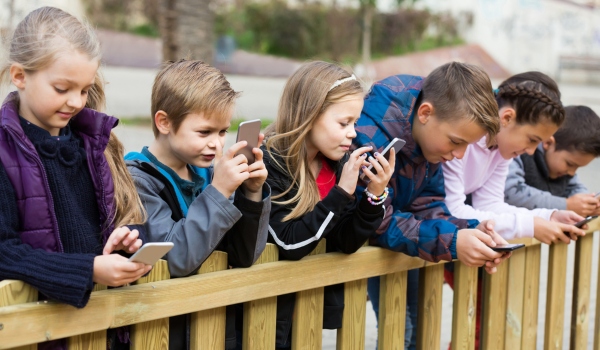 Kim Gunoo is a 15-year-old South Korean boy who has lived with perpetual diarrhea since birth.

His first seven months were spent in and out of the hospital, where four major surgeries resulted in the full removal of his large intestine. Ever since, Gunoo has required regular monitoring from physicians, and he still won’t use the restroom in public.

These horrible symptoms are believed to be caused by exposure to dangerous manufacturing chemicals. But Gunoo has never worked in a factory.

However, Kim Hee-eun — his mother — has.

She worked in a Samsung semiconductor plant from 1991 to 1998, including part of the time when she was pregnant with Gunoo. Her work there exposed her to benzene and formaldehyde — both known carcinogens — as well as melamine, a known reproductive toxin.

When she started work at Samsung at age 19, Hee-eun herself was healthy. Now she suffers from thyroid cancer, rheumatoid arthritis, meningitis, and epithelial ovarian cancer. At one point she gave birth to a stillborn child six-and-a-half months into pregnancy.

The manufacturing of semiconductors — which are essential components in almost all electronic devices, including phones, computers, and TVs — involves hundreds of chemicals, many of which are dangerous to human health.

Even worse, protective equipment often doesn’t adequately shield workers from the chemicals they handle and breathe. Indeed, the full-body suits worn in “clean rooms” are for keeping human particulate matter out of the chips, not for protecting workers.

Hee-eun is one of about 200 former Samsung workers who have publicly spoken out against the company for illnesses they believe to be work-related. The Kim family’s story, however, shows that the chemicals handled by semiconductor workers not only affect their health, but that of their children.

This isn’t a new problem.

“Paul” is 33-year-old American who can hardly talk and can’t tell the difference between a real and toy truck. His mother, who worked at a semiconductor plant when she was pregnant with him in the early 1980s, was required to use lead powder and methanol — a developmental neurotoxin — on a regular basis. Both substances are harmful for adults, and even more so for a developing fetus.

In 1985, an IBM chemist sent a memo to his bosses warning them of the disproportionate rate of cancer among his co-workers. And health surveys conducted in the 1980s and ‘90s found that brain tumors, miscarriages, and various cancers were much higher among semiconductor workers than the general population.

The scale of the impact to children is harder to measure for many reasons, including a lack of knowledge within the medical community about risks to pregnant women and their children. Additionally, the industry has stymied research that could hold them accountable for these cases.

A 1998 proposed study by the California EPA to track illness rates among semiconductor workers and their children was blocked by an industry group, which claimed there was not enough evidence to warrant such a study.

As you read this, millions of women of childbearing age work long shifts at electronics factories around the world.

And of course, many women are not immediately aware of their pregnancy, and therefore may unknowingly expose their unborn children to dangerous toxins.

The best way to solve this dilemma is to ensure no workers — male, female, pregnant, or otherwise — are exposed to life-threatening chemicals. It’s time for companies around the world to institute safer chemicals and procedures for electronics manufacturing.

The lives of millions of workers and their children are at stake.

Previously published on otherwords.org  and is republished here under a Creative Commons license.
—