Urban spiders are bigger than rural spiders, and socioeconomic factors can increase the effect. Who knew? 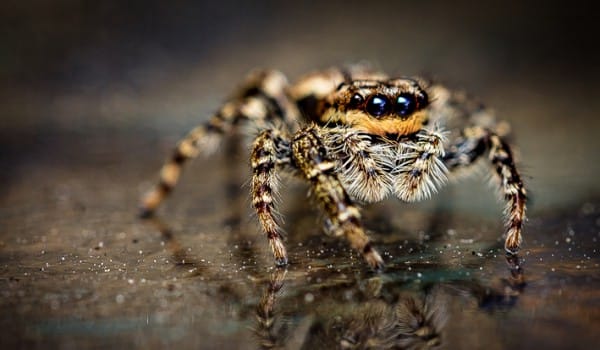 There are several potential reasons for this, the additional warmth generated by the concrete, and asphalt provides an ideal temperature for spider growth, or perhaps the condensed habitat has increases the availability of prey.  Further, they found that spiders living in wealthier neighborhoods were larger than the spiders living in less affluent areas.  Urban spiders are bigger, and socioeconomic factors can increase the effect.

In fairness, the study was conducted on one species (the Golden Orb Weaver) sincethey are less nomadic, widespread, and they are much less intimidating, venomous, and hostile than the Sydney Funnel Web Spider. A fearsome beast many claim has the worlds most toxic venom, a nasty temperament (legend says it will cross the street against the light just to bite a person), and according to some reports has a bite that can pierce a toenail.  Dang, that would sting.  Who can blame them for avoiding that monster.

In related news, as reported by the Huntington Herald Dispatch, (Dang, that is so big it could be from Australia) a Carolina Wolf Spider was found in the forests of southern Ohio.  According to the report this is the first reported sighting of the species in Ohio in six decades.  Also, according to the report, this spider is (and the words are quoted verbatim) “palm sized.”  It does not specify whose palm is being used as reference, but the the potential is staggering.

Located in the center of Ohio is Columbus, a city with over 809,000 people, if you don’t count the surrounding areas. A city of some size, and with many areas, and suburbs with some wealth. Since Columbus is conveniently located in the center of the state southern Ohio is not far at all. Southern Ohio is much closer to Columbus than any point in either Carolina. And, this is only a guess, but that may be the origin of the Great Carolina Wolf Spider Invasion, though this issue needs more research.

Imagine what will happen if these palm sized spiders find their way up Route 33, using the Lancaster Bypass, and end up in Columbus, as previously noted a city of some size. Or worse still, what if the take the exit onto 104, and merge onto I71 North, which turns into 315 North just west of downtown and use the Lane Avenue exit, and turn west, ending up in Upper Arlington (motto; We have a lot of money). That spells catastrophe, my friend.

There is only one sane thing to do. We need to blow up the bridges, and build a wall to separate the southern and central portions of the state. It is for the best.

This post was previously published on Life Explained and is republished here with permission from the author.