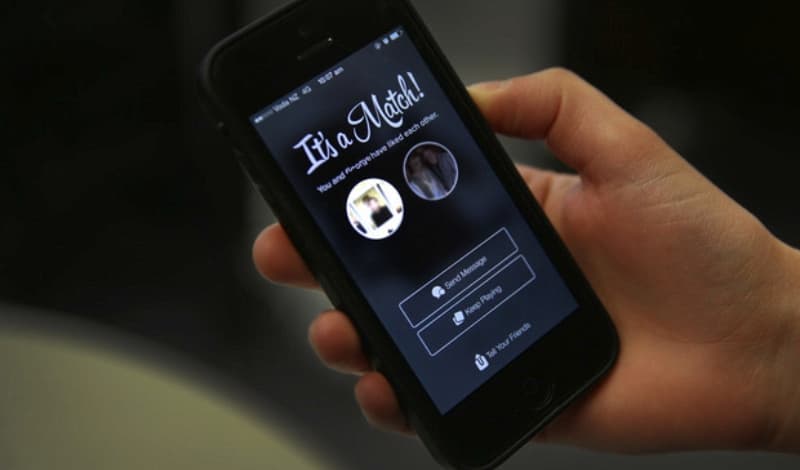 My husband and I moved across the entire country to a new town where we knew nobody. There is no bar scene here. There is hardly any nightlife at all. Plus, we moved here in the dead of winter. All of the young people were either up at the ski resorts or busy pumping out kids. It’s not an easy time to meet people, and it’s also the hardest time to be without them.

We tried our best to meet friends at drop-in sports and at our places of work, but the pools were small. From our experience, small-town folk are warm and friendly, but oddly competent at keeping you at an arm’s length. It’s not hard to feel welcome, but it is hard to feel invited.

Don’t get me wrong, we were intentional. We asked for people’s numbers. We dropped hints about going for sushi or having a wine night. The experience was like throwing a handful of darts at a board and hoping one will stick. But they rarely did. Not in the first six months, at least. And there’s not much you can change if your personalities simply don’t jibe.

With spring time approaching, we decided to test the temperamental waters of Tinder. We made an honest profile, being clear about our intentions and not discriminating between genders. Turns out, if you post pictures of you and your partner doing fun things outdoors, you get a lot of attention.

The very first weekend we downloaded the app, we met up with somebody who is now one of our closest friends. Over the course of the next several months, our friendship circle had expanded to double digits. All thanks to the wonderful web of Tinder. But finessing a conversation in such a way to attract friendship rather than sex is an art form. It starts with clear communication.

What I mean about clear communication is being upfront about what you’re expecting from talking to people on the app. Not “what you’re looking for” — I find many people struggle with truly knowing for themselves what they want — but more so what kind of relationship or lack-thereof you hope to gain. If you don’t do this relatively early in the conversation, you’ll find that you will have wasted your breath if you’re not on the same page with your pen pal.

Another benefit of being honest is it weens out the sex fanatics. If that’s what you’re seeking, then awesome. Easy match. If it’s not — no harm, no foul. You can wish the person well, end the conversation and move on. It does not have to be acrimonious.

What we found after using the app for a few months is that the vast majority of people on the app are genuinely bored. They’re open to “dating”, but this is rarely exclusive to seeking a long-term relationship. They could just crave social interaction. They may be just as interested in expanding their social circle or stepping out of their comfort zone to shake a new hand and hike a new trail with few expectations. After all, you have to start with your line in the water if you hope to catch a fish.

If you put yourself out there as interesting, engaging, and open to developing new friendships, it usually encourages positive feedback. The authentic, fun-loving people will be game to hang out. However, don’t expect too much from the first meeting. It takes time to get to know people, and even more time to crack a stubborn shell.

The first hangout is always awkward, but that’s a blessing in disguise. If you can get past that initial visit, you already have a good basis for friendship. Both parties will try to be more creative the next time to prevent the scenario from being as awkward as the first. Months later, you will be laughing about how you first met. It’s practically textbook.

Now, if you’re thinking that it’s a little strange to meet friends on an app that can be hyper-sexualized, you’re not alone. We were apprehensive at first, too. We also did not know what to think about choosing “friends” by their photos and perceived personalities. However, both of these concerns end up making the process easier, or at the very least, more refined.

You can usually tell what a person values from the pictures they choose to post of themselves online. If the pictures are sexual, chances are that is what the person is looking for. If it’s outdoorsy, or family-oriented, or truck-burning and skeet-shooting, then you can get a vague sense of what they may behave like. It is precisely like judging a book by its cover, but that does not have to be a bad thing. People are aware of how they showcase themselves — it is no surprise.

Like the saying “put your best foot forward”, people tend to put their most valuable foot forward. That can look different to everybody, but if your swiping through and are interested in what you see, chances are you might like what you meet as well.

I also think there is something to be said about establishing friendships based on mutual attraction. If you like a person’s physical appearance, what they wear, and how they portray themselves, and they find the same things attractive about you, then there is a foundation there. It’s a weak foundation, but a starting point nonetheless. And no, it does not have to be sexual.

Throughout my life I have found many of my friends attractive. By no means does that mean I wanted to sleep with them or even see them naked. I simply enjoyed their appearance. In saying that, when you enjoy the way somebody looks, you may be more interested in what they have to say. It may be easier to connect with them and understand their sense of humour. When you have shared interests and attraction, it’s easier to stay engaged. I do not profess to be a psychologist, but I believe mutual attraction helps in friend-making.

I admit, I found using Tinder safe because I was using it with my husband. Whenever we met somebody, it was usually less intimidating for us than it was for the other person. But hey, if a person is willing to meet up with a married couple by themselves, that shows guts. That courage is an attractive quality in and of itself.

Let me conclude, if you want to successfully use Tinder to find friends, start by making an honest profile with current and true pictures of yourself. Perhaps show off a bit of your hobbies while you’re at it. What you value should matter to your prospective friends.

Next, reinforce what your intentions are for being on the app early on. But don’t confuse this with shutting people down prematurely. Hear them out first. Ask questions. Try to be a good listener before you progress into expectations. If you don’t, you may come across as being judgmental.

Lastly, if you have already established mutual interests and can get a decent sense of a potential personality match, propose a hangout. Somebody always has to be the first person to be brave enough to do it. Let that person be you.

Meet each other in person sooner rather than later, and embrace the awkward beginning. You start a fire with sticks first, not trees. But don’t take too long. The longer the wait, the more the excitement and thrill of the conversations will dissipate, making a meet-up seem more like a chore than a social opportunity.

This post was previously published on Change Becomes You and is republished here with permission from the author.
—