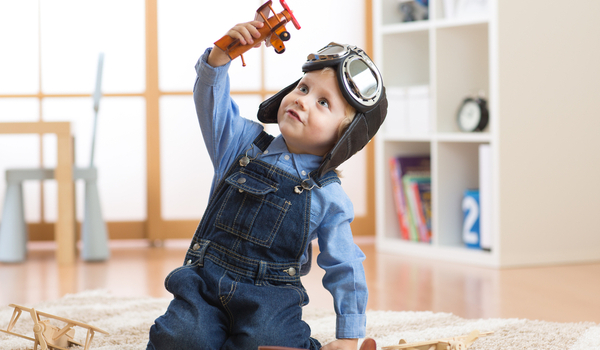 When I was a kid, my mom used to buy apple shampoo. I’ve always loved apples. They smell fruity, taste great, and are super healthy. So every time I washed my hair, I couldn’t help but think: “That shampoo smells like the freshest, juiciest apple I’ve ever — or never, rather — had.”

You see where this is going.

Even then, I knew shampoo wasn’t supposed to taste like anything. But if it smelled so much like one of my favorite foods in the world, how could it not? Well, one day in the shower, I chose to find out.

The lesson? Shampoo does have flavor. Unfortunately, it’s a disgusting one. I spat it out immediately. It was bitter and slimy and not at all what the smell had advertised.

And yet, even though it took forever to get the taste out of my mouth, I still remember this day as a happy day. Finally, I was sure: This thing is not what it seems to be, and I know because I tried it myself.

In a video called “This is Not a Cactus,” Evan Hadfield stands next to a large, succulent plant somewhere in Ethiopia. It’s called Euphorbia candelabrum, and, despite looking exactly like a cactus, it’s not even in the same family of plant species. Evan grew up in Texas, he explains, and in Texas, everything that looks like a cactus is, well, a cactus. Naturally, he expected this visually near-identical plant to be one too. Unfortunately, Evan was wrong.

The ability to build assumptions based on past experiences and known facts is called inference. It’s one of our brain’s best and worst capabilities at the same time.

Thanks to inference, we can imagine the future. We can project what situations will be like before experiencing them. This is a uniquely human feature. It helps us avoid fatal mistakes.

What’s more, since we can pass on information over generations, inference is why we thrive as a species. You don’t need to touch a hot stove to find out it’ll burn your hand because, long ago, someone else did that for you. Inference is the bedrock of civilization.

Our process of inferring isn’t perfect, however, especially at the individual level. Often, in spite of making our best, most educated guess, like Evan, we are still wrong.

Modern society poses few existential threats, so our being wrong wouldn’t be much of a problem if we took it like I took my taste of disgusting shampoo: with gratitude that we were able to learn something new. As we get older, however, this becomes increasingly harder to do.

With our pool of knowledge and experiences growing every year, each assumption becomes stronger. Not in the sense that we’re more likely to be right, just that we’re more convinced we are. After all, we’re inferring based on more and more evidence. But the higher the expectations we have of our predictions, the bigger the disappointment when they don’t hold up.

It’s a seesaw effect: As we rely more on our ability to infer and our confidence in it rises, our power to handle setbacks in this arena diminishes.

A good example is talking to older people. Inferring has become their default way of learning, and they’re used to being right, so they’ll likely dismiss your younger ideas as nonsense. Even if it turns out they’re wrong, they might not admit to it because their mindset has become rigid. This can be frustrating, but it’s merely the result of being exposed to this seesaw effect for a long time.

The lesson here is that inference alone isn’t enough to be a perpetual learner and relying too much on it will actually prevent you from becoming one. If you don’t accept your mistakes and process them, you can’t use them to improve future assumptions.

So what can we do? Well, if aging exacerbates the problem, maybe, we can deal with it by turning back the clock.

When he was 17, Evan moved to Japan to teach kindergarteners. Part of his daily routine was to make sure the kids cleaned the classroom. One day, little Kazuki had to wipe the floor with a washcloth. As he ran around the room, pushing the cloth with both his hands, he stuck out his tongue and licked the entire floor. Between laughing and shaking his head, Evan asked him why he did it. And then, 3-year-old Kazuki taught him a lesson he’d never forget:

Kazuki’s story is a perfect example of what it takes to always keep learning. Rolled up into his answer are three traits all perpetual learners share.

To Kazuki, saying “I don’t know” is the most natural thing in the world. He’s not afraid of it. He takes pride in it. It’s an invitation. “Maybe, if you don’t know it either, we can find out together.” That’s what he seems to say.

Of course, at three years old, Kazuki doesn’t know most things. The kicker is that this fact never changes for anyone, only our attitude towards admitting it does. No matter how long you live, you’ll never grasp more than a fraction of the world’s knowledge. There’ll always be more to learn.

If you can remember this as a cause for joy, you’ll be the first one to roll up your sleeves and say, “okay, let’s get to figuring things out!”

It’s easy to imagine Kazuki standing in his classroom, looking at the floor with sparkling eyes, saying to his teacher, “Look! A floor! Don’t you wanna know what it tastes like?” It’s much harder to imagine 17-year-old Evan asking the same thing while being genuinely excited about it.

The difference between the two is a process we call “growing up,” but, in this case, it may as well be synonymous with “giving up” — our willingness to learn, that is. In Evan’s own words:

“Eventually there comes a time when you stop licking floors and just start imagining that you know what they taste like.”

Society acts as a catalyst for our fading curiosity. We don’t expect 17-year-olds to concern themselves with the taste of floors and so, naturally, 17-year-olds stop bothering. But there’s also a certain laziness on our part here. “I’ve tasted shampoo and it was gross — why should I try perfume, hair gel, or this weird, exotic fruit? It’s all gonna be gross too anyway.” In reality, of course, these things are not the same, and we can’t possibly know until we’ve tried.

We should be curious about everything in life, always and forever. No matter how small, stupid, or inappropriate for our age our questions might seem.

If curiosity is being excited about the prospect of being wrong, open-mindedness is not rejecting what you learn when you find out you are.

Usually, the two go hand in hand, but, at times, you’ll have to learn in situations where learning really sucks — because the lessons are attached to a failure that hurts. This requires open-mindedness more so than curiosity. You may not have wanted to fall off your bike, but now that you have, will you extract something from it?

There are many things children don’t want to do. I’m sure cleaning the classroom is one of them. But since we make them do it anyway, they look for ways to make it fun instead. “What can I do here that I’ve never done?” they ask. Meanwhile, our adult brains are closing one assumption at a time, making it harder to stomach our setbacks, let alone learn from them.

Evan may not have been forced to lick the floor that day, but it looked uncomfortable enough for him to choose not to do it. Given the chance, he refused to learn what Kazuki set out to understand. That’s why he must admit:

I can only imagine that, on that day in Japan, that floor tasted gross. But the only person who knows in reality is Kazuki. Because for all the experience I’d had until that point in my life, I wasn’t willing to give that one a go.

It’s easy to embrace new experiences when you’re genuinely excited about them. You won’t always be, but that doesn’t mean they won’t still be worth it in the end.

I don’t remember how old I was when I tried to eat apple shampoo. 7? 9? 12? All I know is that version of myself lies somewhere between 17-year-old Evan and 3-year-old Kazuki — not quite as presumptuous, not quite as excited.

What I’ve had to find out many times since then is that collecting more experience alone won’t necessarily make you smarter. If you only use it to harden your existing beliefs and strengthen your inference, it may actually do the opposite.

Being a perpetual learner requires constantly weakening your inference as you get older. Break down the occasional pillar on which you build your assumptions. Otherwise, you can’t hear what life is trying to tell you.

Curiosity, humility, and open-mindedness allow us to do just that. They’re closely linked traits, but, individually, they help us learn from a broad range of different events and circumstances. Today, they might not feel as second-nature to you as they did when you were a child, but that doesn’t mean you can’t make a deliberate effort to cultivate them.

Regardless of how many years we rack up on this planet, we’ll never know everything. Life forever gives us reasons to be curious, and there’s always something new to learn, even in the worst of situations.

So the next time you smell a fruity shampoo, see an odd plant, or have to clean a wooden floor, remember: it might not be what you think it is. Maybe, it’s time to admit you don’t know, get excited, and start looking for the lesson.

Even if that means you have to lick it.

Thanks to Brian Pennie.