We seek to listen to and learn from the experiences of immigrants themselves, as well as from the expertise of advocates and activists who are working to secure rights and dignity for immigrants. Here’s what three of them have to say about why we need an immigrant rights movement. 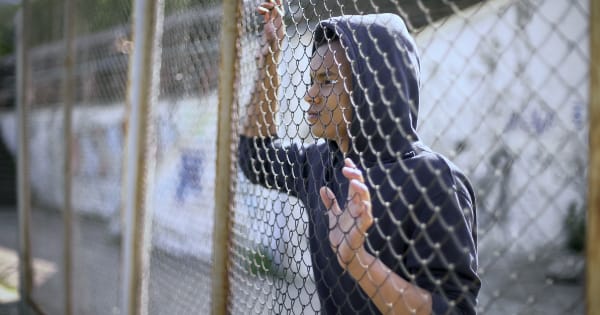 Heated rhetoric against immigrants and refugees has been on the rise in recent months, along with threats of mass deportations. Many advocates worry that anti-immigrant sentiment will lead to legislation and policies that will hurt immigrant communities, rip families apart, and strip away the dignity and rights of valuable members of our society.

In response, immigrant rights advocates and allies are gathering this Saturday, January 14, in more than 50 cities across the country to protest anti-immigrant rherotic and stand up together for an America where all residents—regardless of immigration status—can contribute and thrive. The day of action, headlined “We Are Here to Stay,” is being organized by United We Dream, a Ford grantee and the largest organization led by immigrant youth, focused on advocating for the dignity and fair treatment of immigrants. Other organizers and supporters include CASA, the Center for Community Change, Voces de la Frontera, Service Employees International Union, Planned Parenthood, the National LGBTQ Task Force, and MoveOn.org.

At the Ford Foundation, we seek to listen to and learn from the experiences of immigrants themselves, as well as from the expertise of advocates and activists who are working to secure rights and dignity for immigrants. Here’s what three of them have to say about why we need an immigrant rights movement that decreases fear and expands opportunities for all—and why doing so benefits everyone.

Vargas underscores that movements for equality and the fair treatment of a diverse array of groups—including immigrants, racial and ethnic minority groups, LGBTQ communities, people with disabilities, and the elderly—are connected. “You don’t have to be an immigrant to advocate for immigrant rights,” he says. “Inequality is a two-way street. My equality is a tied to your equality.”

Cañengez, an undocumented immigrant and motel housekeeper, reflects on her decision to come to the US to create a better life for her children. Despite working hard in her job to provide for her family and contribute to the country, she—like many other undocumented immigrants—is facing a deportation order and forced separation from her children. Cañengez hopes that her story, along with those of many others like her, will help build compassion and empathy and help more people see immigrants as full people whose lives have value.

Clemens, an expert on migration at the Center for Global Development, makes the economic case for a more open and progressive migration policy. Too often, we understand refugees solely as an economic cost and burden, rather than recognizing their long-term value and potential for our country and economy. Clemens points out that it was a refugee who founded WhatsApp, a $19 billion company; a refugee whose cinematography contributed to the success of Easy Rider and Ghostbusters; a refugee who co-founded Intel, which employs more than 100,000 people in the US and creates the chips that power almost every kind of computer electronic device; and a refugee who became the first female US secretary of state.

This post was previously published on FordFoundation and is republished here with a Creative Commons License.