Life is short, and sharing in your child’s wonder and joy is an opportunity you don’t want to miss. 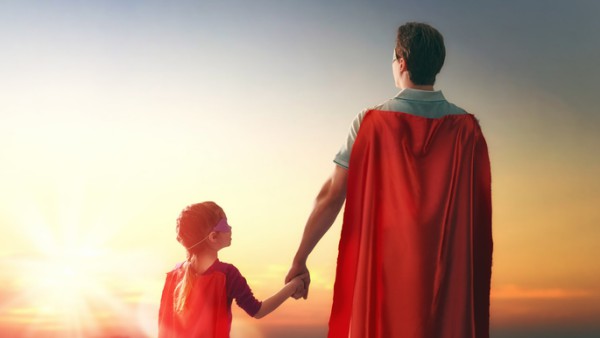 I make no apologies for some of my less “adulty” behaviors. I read comic books, play video games, and am wearing stormtrooper socks as I write this. I love that my daughter likes to play with the same kinds of toys that I do and even though I don’t think that I’ve ever played with them without her, it really wouldn’t be that far out of character.

Being a parent is awesome, but it is also a constant reminder of how bad being an adult sucks, of how much better life was as a little kid, oblivious to the stresses and terrors of the outside world. To live in a bubble of love and security, your every need provided for by others. How many times this year have you turned off the news and wanted nothing more than for somebody to tuck you into bed, read you a story and tell you that everything is going to be all right. Wanted nothing more than to be able to truly believe that?

The teenager will be eighteen this fall, a date that she anxiously awaits. Eighteen means that she can get her own apartment, spend her money however she sees fit, acquire her driver’s licence without having to meet our preconditions. She races down the road to adulthood, oblivious to the reality of what is really around that corner.

Her little sister is the same, constantly telling us all the things that she will be able to do once she “gets to be a teenager.” She won’t watch any cartoons that she enjoyed last year because she’s “five now.” Only kindergarten level cartoons such as Spongebob will do. She no longer will drink a “baby” juice box at snack time, needing either a grown up juice box or her water bottle. Her Minions water bottle of course, not the Dora the Explorer one that she got when she was little. A Frozen lunch bag is apparently still acceptable. 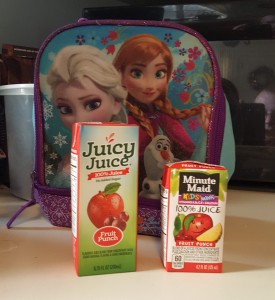 There are cracks in the facade. They both seem to be enjoying the new coloring books they received at Christmas. Alaina tried to switch channels as I was coming downstairs this morning, but I know that was the theme from Franklin and Friends that I heard.

The holiday season is now behind us, the accompanying school and work breaks over. Cold, dark mornings, copious coffee consumption, show shoveling and heating bills the only things to look forward to in the foreseeable future. Adulting starts back up with that first reluctant setting of my alarm.

There is a lot of good that comes with being a grown up. I can stay up as late as I want to, eat whatever I want, and will never be told that I am too short to go on a roller coaster.

There are a lot of times though, when I miss the days when there was somebody besides my wife making decisions for me and I was perfectly content with a mall mechanical bull. 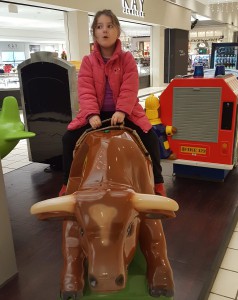 This post was previously published on ThirstyDaddy and is republished here with permission from the author.
—