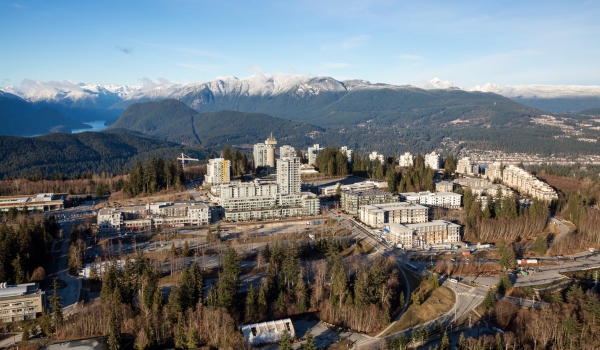 In the nineteenth century, near present-day Sault Ste. Marie, Chief Shingwaukonse dreamt of a teaching wigwam where Anishinaabe children could learn vocational and academic skills. Chief Shingwaukonse wanted children to have these tools so that they could preserve Anishinaabemowin (Ojibwe language), and adapt to a modernizing economy and society. Indigenous peoples, with the help of church missionaries and government officials, sought the creation of schools for their children, but the schools later became an instrument for cultural genocide.

The Indian Residential School (IRS) system began in the early nineteenth century with the missionary work of different Christian groups across Canada. Government and churches designed the IRS system to assimilate and transform Indigenous children into self-reliant citizens by removing parental involvement in their intellectual, spiritual, and cultural development. Schools were perceived as an ideal solution to the late-nineteenth-century “problem” of incorporating Indigenous peoples into Euro-Canadian settler-society. In 1876, the federal government consolidated the IRS system with the passing of the Indian Act, and by the late 1880s, government-funded schools were operating across Canada, run by Anglican, Presbyterian, Catholic missionaries and volunteers. Did you know that Gordon IRS, the last residential school, closed less than twenty years ago in 1996?

Schools were often sites of emotional, physical, and psychological abuse, and the legacy of the schools—language loss, broken families, children alienated from their communities and culture, addictions and mental health issues, intergenerational trauma, health issues due to disease and neglect—continues to ripple throughout Indigenous communities. Institutional life was often traumatic for students, and the education received typically left them ill-equipped for capitalist ways of living. The schools did not lead to the assimilation of Indigenous peoples, although they caused irreparable suffering and damage to Indigenous communities and cultures. Indigenous cultures are no longer as vibrant today as they were prior to the creation of the IRS system.

It’s important to note that the history of residential schools is also a story of survival, resiliency, mobilization, and cultural revitalization. Students and communities often resisted assimilation and survivors acquired the tools for political resistance and mobilization.

In the fall of 2011, I was hired as a research consultant to research for the Truth and Reconciliation Commission. I had recently graduated from my Master’s program and in this economy, I was grateful to have a job. My project manager told me to show up at a church archive the following Monday, and I was sent detailed instructions along with a file that was over four hundred pages, which outlined the history of residential schools. I was never taught this history during elementary school, high school, and even as an undergraduate student in university. I was to uncover links between the schools and Indigenous communities and in particular, I was supposed to flag anything in the archives that suggested evidence of abuse, neglect, missing children, or unmarked cemeteries.

Along with other researchers, I was charged with analyzing the countless photographs and negatives housed at this archive. There was something very different about researching photographs as opposed to textual documents like letters, missionary reports, publications, and various colonial papers. The visual remnants of one of the most brutal forms of settler colonialism proved to be a different and more complicated historical record. In that chilly and artificially-lit church archive, I witnessed only pieces of the traumatic history of settler colonialism that occurred in our country. This was not the Canadian history I had been taught.

Western society places emphasis on material ways of recording history. Archives that house documents are where settlers store their pasts. But there are silences in the archive. By silences, I am referring to the absence of Indigenous voices in documented history. Here, in front of me, were documents and photographs that recorded the history of the schools, but they were created by perpetrators. This history was written with their words, through their worldview, and it was recorded with their cameras. It was also archived within their institutions and knowledge systems.

The archive was an unreliable historical witness. From a legal perspective, the burden of this  history was placed mostly on documentary history in the archive, and the majority of us non-Indigenous researchers were supposed to adjudicate the “evidence”. It was important to unpack these histories in an attempt at corroborating survivor testimonies. References to abuse were not always explicit in text and finding evidence of neglect, trauma, or abuse in photographs was almost subjective.

Missing in front of me was the archive of oral tradition employed by Indigenous communities to record their own histories. I was highly aware of, and almost uncomfortable with, my privilege as a settler. I had grown up in an entirely different context. I was a settler girl from a French-Canadian working-class family. I grew up on Anishinaabe lands in Northern Ontario and was now undertaking this research on Algonquin territory. An entire culture and historical memory separated me from the stories I unearthed. Our ancestors, along with our current government, its policies and its institutions, were the cause of this pain and suffering. I did my best to find evidence of these injustices, but at the end of the day, I usually left the archive feeling helpless. I was one individual in a giant research cog. What difference could this actually make? I was not supposed to analyze the records as a whole, as each document was to be interpreted separately. We were collecting individual stories, but were not able to paint a larger picture of this history, one that would surely support what survivors had been testifying to over the past few decades.

In June 2008, Prime Minister Stephen Harper, on behalf of the federal government, issued an official apology to survivors. Harper described the history of the IRS system as “a sad chapter in our history,” although about a year later, Harper actually commented that our country had no history of colonialism. As IRS survivors have reminded us, formal apologies are not enough and they are only the beginning of a long and complex road towards healing and reconciliation. One step settler Canadians can take is to acknowledge that our country has a history of colonialism and systemic racism.

Today, Canadians are more cognizant of the trauma that occurred in residential schools thanks to the media coverage of the TRC’s closing events last summer, and the bravery of survivors who have come forward to share their stories. But more must be done to combat the racist and assimilationist views that led to these abuses in the first place. This can hopefully be achieved by following the recommendations outlined in the TRC’s final report and Calls to Action by educating ourselves about this dark chapter in Canadian history.

You can check out #readtheTRCreport, a crowd-sourced series of videos by journalists, academics, activists and many others. The #readtheTRCreport movement was initiated by Indigenous scholars who wanted all Canadians to be able to access the TRC findings.

The Report tells us that most of the work needed to help achieve reconciliation and truth-telling in Canada must be undertaken by settler Canadians. Settler Canadians should take responsibility for the history of residential schools and the existing socio-economic struggles of Indigenous communities, instead of the emphasis being placed solely on survivors and their communities. We must all share this burden. Let’s listen to Indigenous peoples, they will tell us what they need in order to heal.

You can start by reading about the history of residential schools through the works of survivors themselves, historians, and others involved in the TRC (check out the resources below). This is after all, our shared history. It’s up to all of us to work towards reconciliation, by honouring survivors and their descendants, along with the countless treaties and broken promises to Indigenous peoples.