Republicans should be leading, not lagging on this issue, and Tucker is absolutely right in pointing out that this problem transcends partisanship. 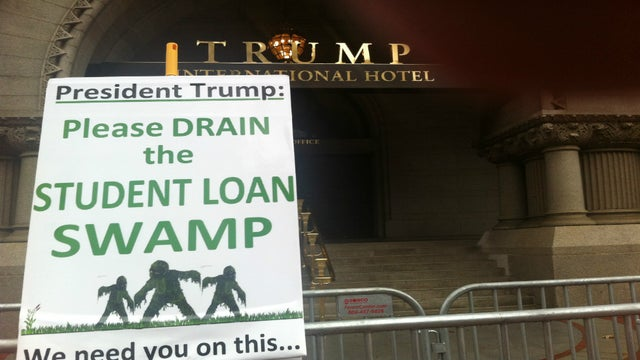 Fox News host Tucker Carlson has been covering the student loan problem regularly over the past 6 months, and is to be greatly applauded for it. Interestingly, Fox’s more liberal competitors in cable news have said almost nothing substantial about this problem during the same time period, and before. Except for fleeting coverage about a lawsuit regarding the Public Service Loan Forgiveness, both CNN and MSNBC have been essentially MIA on this issue.

However, there is much that Tucker does not know about this issue that he should know. The following facts would greatly inform his coverage and commentary.

Unlike every other lender, for every other type of loan, it turns out that the Department of Education recovers more than it pays out on defaulted loans that it makes or guarantees. This has been true since 2004, and prior. 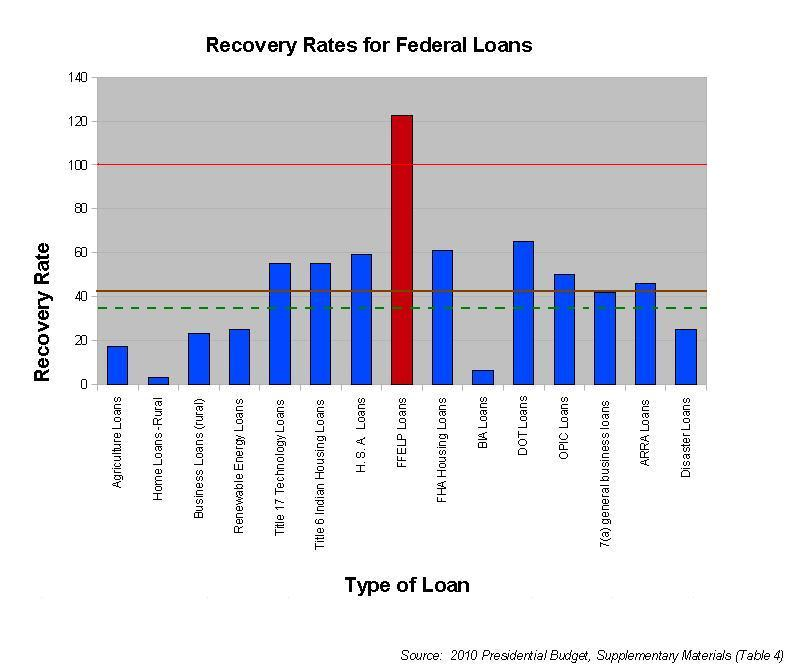 More recent White House Budget data shows that even though indebtedness has roughly doubled since 2010 and the citizens are being harmed far worse currently, the federal government is still recovering more than 100 cents on the dollar for most categories of student loans that it administers. This is a defining characteristic of a predatory lending system

2. The colleges have stockpiled far more money than what their endowments reflect.

Since roughly ten years ago, the colleges have been stockpiling cash, over and above their endowments. This story first broke in 2014 when the Wisconsin State Legislature discovered that the college at amassed between $400 million and $1 Billion in “reserves” during a period where it raised its prices by unprecedented levels. The president of the university defended these reserves by disclosing what other universities had similarly amassed over roughly the same period. The data was shocking: 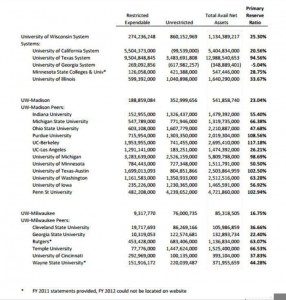 3. Part of the government profits on student loans are used to fund Obamacare

This is a fact. When President Obama passed the Affordable Care Act, language was included that not only ended the old-style lending system and made the government the only lender (and funneled the profits back to the government), it also earmarked some of the profits to subsidize Obamacare.

4. The Department of Education had no desires or intentions of cancelling any loans.

Not only does the Department of Education and its contractors fight tooth-and-nail behind the scenes to keep bankruptcy protections gone from student loans. They also administer the various forgiveness programs in place in such a way as to disqualify the vast majority of borrowers. Last year, for example, 99.2% of the people who expected their loans to be forgiven through the Public Service Loan Forgiveness program (PSLF) were disqualified. Similarly, we know that as of 2015, a whopping 57% of the people were being disqualified from the Income Based Repayment program (IBR) for not sufficiently proving their incomes (something that the Department of Education could do on its own through the IRS, but doesn’t). If even 5% of the people currently enrolled in IBR actually make it through, it will be surprising. What is even more disturbing: the vanishing few who do actually make it through the IBR will be hit with a tax bill that could be more than they borrowed in the first place.

The Department of Education is clearly acting in bad faith currently, has acted in bad faith for the 15 years that I have been researching this topic, and will certainly continue to act in bad faith as long as bankruptcy protections and statutes of limitations remain gone from student loans.

5. Republicans are most responsible for keeping bankruptcy protections away from these loans.

At the core of it, this predatory, big-government lending system is enabled by the absence of both bankruptcy protections and statutes of limitations. Bankruptcy was made permanently unavailable for the vast majority of borrowers in 1998, under a Republican Congress. Similarly, bankruptcy rights were stripped from private student loans in 2005 under a republican Congress. In 2008, when an effort was made to return bankruptcy to private student loans, republican Buck McKeon was instrumental in convincing a number of Blue Dog democrats to oppose this legislation. Today, there are two bills in Congress (S 1414 and HR. 2648) that would repeal the one line of federal code that makes student loans different from all other loans in bankruptcy proceedings. To date, exactly one republican is sponsoring this legislation (Rep. John Katko R-NY).

Whatever forgiveness/cancellation plans might come from the next president, we can be assured that the Department of Education will continue to do everything possible to disqualify people out of these programs.

To be fair to Mr. Carlson: Almost NO journalists are aware of these facts. Fewer, still, actually report them. One can only hope that Tucker will use this information as he continues to speak truth to power about this big-government, predatory lending system. Republicans should be leading, not lagging on this issue, and Tucker is absolutely right in pointing out that this problem transcends partisanship.

I hope that Tucker will keep in mind that the president could issue an executive order tomorrow barring the Department of Education and its contractors from opposing student loan borrowers in bankruptcy court. President Trump may, in fact, be the only president with the courage to stand up to the swamp and issue such an order.