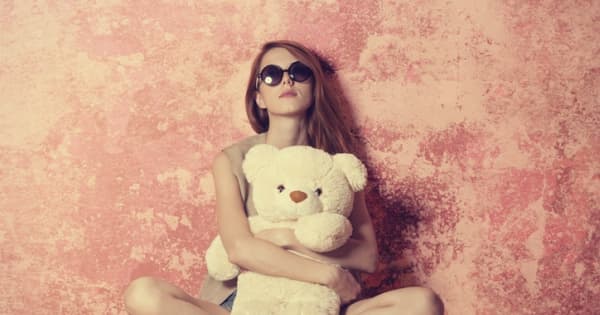 As my new friend and I shared about the past men in our lives, she asked, “What if we could take parts of every man we’ve loved and made the perfect man?”

I’ll go first. From my first husband, I would make sense of humor, creativity, and balls-to-the-wall spirituality. I would take his ability to relate to most people and cajole them into liking him. His ability to make things. I would want his audacity in the face of danger. A friend once said if my husband and I were marooned on an island, he would go about building us a shelter, making our shoes and clothes, and coming up with recipes for fish and coconut. So, self-sufficiency, too.

From my second husband, I would want, again, his sense of humor and creativity. Entrepreneurship, involvement in theater and the arts, and the ability to mingle with anyone, from whatever social strata, would come next. He looks good in black tie. It couldn’t hurt to tack on a wealthy family.

From my son’s father, I would want his sense of humor (do you see a pattern here?), his creativity, his faith in the face of all evidence to the contrary, and his big, beautiful Black man’s body housing a gentle spirit.

From the man who hung around for four years of my son’s life, I would select his awareness of the struggle and Black history. He could contribute athleticism, masculinity, intelligent conversation that can last for hours, and sex appeal.

From my current lover, whom I’ve known the longest in terms of connection, I want his honesty and self-reflection. His fearless embrace of who he is and realness with himself about his foibles. I would take his caring about his family and me, which he shows with acts of service. I want his adoration of me, even while knowing my struggles and failings. And sex. The sex comes with a connection based on who we really are that I’ve not felt with anyone else. Which makes it mind-blowing.

From some of the blips on the radar, I would borrow from the guys who were responsible adults. I want the part of some of them that shares my fairly vanilla fetish of being spanked. I want a dash or a splash of the danger some of them lived and exuded. But just a taste.

Finally, from a boy who really did live next door in my youth, who is no longer on the planet, I would take emotional and physical availability. That was something I never valued enough until emotional and physical unavailability was my pattern. I would want his faithfulness to me, his unabashed desire for commitment. He would contribute his caring about me that only wanted my happiness. I didn’t accept any of that when it was offered, but I want those traits now in my Build-A-Man.

Throw all those stuffings, embellishments, and characteristics on the table, put them all together, and what do I have?

A funny guy who is creative and self-sufficient, while also vulnerable and real about wanting me. One who adores me (hey, my teddy bear does!). A man who is emotionally, physically and geographically available. One who has sex appeal for me, and me for him. Strength and gentleness combined. Intelligent conversation is a must, along with the enjoyment of the arts. If he is a little grumbly sometimes, I can bear with that.

I just realized I left out cuddly! He definitely has to cuddle at least as well as my Teddy Bear does. Otherwise, what’s the point?