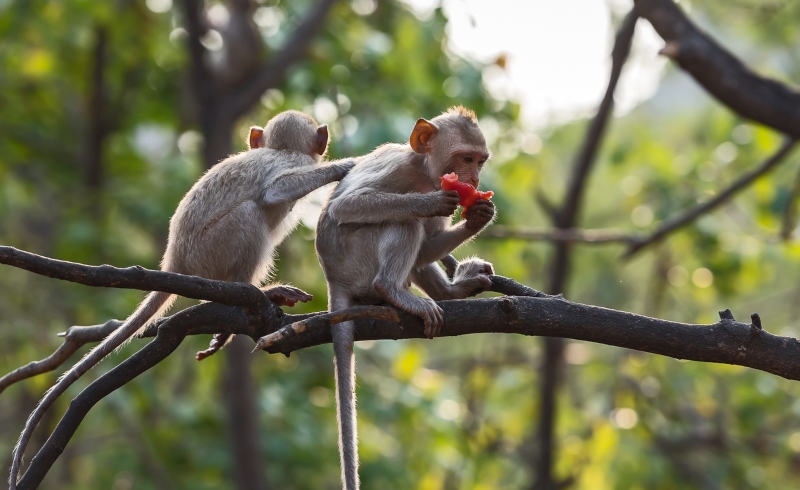 —
If you’ve been quarantined alone or separated from your loved ones, it’s understandable if you’re not feeling too great right now.

No I mean literally, it’s understandable, it’s comprehensible. The importance of human contact for our wellbeing is well known and the brain mechanics are understood.

We’re social animals. Contact with others is part of how we regulate our physiology. In isolation, our internal system can go haywire.

Isolation can make you sick.

To understand how this can be, we’ll need to geek out a bit on how emotions evolved and the multiple purposes they came to serve.

(The literature on all of this is vast so I’m going to oversimplify, but the basic storyline is accurate.)

You might remember from school some of the basic differences between reptiles and mammals.

We mammals have hair. We give birth to live babies, not eggs. We produce milk (hence “mammal”). We regulate our internal temperature. And we’re able to coordinate and organize into complex social structures.

One major difference is in how our brains are structured. Sitting on top of the reptilian brain mammals have developed a second structure, often referred to as the limbic brain.

Reptiles do just fine without the limbic brain. They’re well equipped to find food, avoid temperature extremes, and reproduce. But they have no need for emotions.

They don’t bond with their mate. They don’t care about their young. (In some species it’s good the parents are long gone when the offspring hatch, since they’d likely cannibalize them.) They don’t feel joy or sadness. They have a basic “startle” response, but they don’t feel fear as we know it.

It’s all fine, it’s perfectly functional, but there was room for growth.

A physiological response to the environment
The first upgrade this new brain structure provided us was temperature regulation.

When it’s hot, we sweat. (Or pant.) When it’s cold, we shiver. We can decrease or increase blood flow to our skin and extremities, to conserve or quickly shed body heat. We make our hairs stand up—gotta love the name, “piloerection”—or lay flat, as needed.

Our limbic system knows how to adjust our physiology to maintain a constant internal temperature in the midst of changing environmental conditions. It’s like we gained central heating and AC, and the limbic system is the thermostat. It’s all automatic, it isn’t something we have to consciously think about, much less do, like our lizard friend above.

Great! Score one for early mammals.

So now that we’ve acquired that nifty trick, and the new brain and body tech required to pull it off, what other cool things might be possible? What other environmental conditions can we adjust our physiology to?

Well, how about predators?

Fear kicks our physiology into high gear. The shot of adrenaline generates superpowers all over the body in a rapid, short-lived burst. Almost instantly we’re super-alert, super-strong, super-fast, super-perceptive. It’s like hitting the afterburners.

That heightened state of activation is costly. The body wasn’t designed to operate at that level all the time and would quickly flame out. But it’s available when we need it. And was a literal life saver for our ancestors.

We wouldn’t consider sweating to be an emotion. (I mean maybe, if you count the nervous sweating of a first date…) But the basic mechanism is the same. Emotions are physiological changes to help us respond to the environment.

Fear prepares us to flee, or remain quiet and still. Anger gears us up to protect territory, or establish hierarchy. Disgust protects us from poisons and hostile microbes. The ache of sadness incentivizes us to stay with the group, and to care for our young.

In fact, physiological activation is precisely how we know we’re having an emotion.

Emotional contagion
We’re on a roll here with the development of emotions. What other environmental cues can we respond to?

How about one of the most important things in our environment: each other?

Emotions are the domain of social animals. Emotions co-evolved with complex social structure.

Operating in a group has advantages. So the next upgrade was an important one: from being able to sense a threat and respond, to sensing someone else sensing a threat and revving up the engines based solely on that early warning signal. And the rapid, coordinated group response that this makes possible. This was a really big deal.

So emotions evolved into a form of communication. And the way they do this is by being contagious. If a member of the tribe is frightened, the others are on alert.

If one is happy and frolicking, the others feel more calm, and join in. If one gets ill and expels their morning meal, it makes those nearby feel nauseous. (Which is good since they might have ingested the same toxin.)

Yawning and sleepiness are contagious. Anger begets anger. And so on.

This linking up of internal states helps stabilize the group, and makes it more responsive at the same time.

The limbic system is at the heart of this. It doesn’t just regulate our physiology, it’s also the area of the brain that reads, decodes, and responds to the emotional and physiological states of others.

And it’s involved in conveying our own internal state to others. We social mammals evolved a complex language of facial expressions and gestures to wear our emotions on the outside. The face is the only area of the body where muscles connect directly with the skin, an adaptation that helps put our emotions on full display. And again, this is all automatic.

Our whole body gets into the act. Remember “piloerection?” Humans don’t have thick enough hair for it to have much effect temperature-wise, but it’s been repurposed as an emotional response. Think goose bumps. Something is “hair raising” if it’s scary. And we know to stay away from an animal with raised hackles. It’s a communication. One your limbic system definitely understands.

So the limbic system is our physiological thermostat and an exquisitely sensitive two-way transceiver, syncing our internal state with those we’re connected to.

Both our emotions and our physiology are tied to those around us, by way of the limbic system. Simply by interacting, we regulate each other’s internal states.
And for infants, especially human infants, this limbic connection, this co-regulation of internal state, is a matter of life and death.

Stabilizing each other
Babies have an almost obsessive fascination for faces, and are highly adept at reading and expressing emotions. They’re very sensitive to this real-time, two-way feedback loop.

A baby will happily interact with her mother on a video link, but a recorded or even time-delayed video of mom will make her distraught. It may look and sound like mom but she can sense that two-way responsive communication isn’t taking place, and it’s highly disturbing.

She absolutely depends on that communication channel staying open. Her limbic brain hasn’t developed the ability to properly regulate her physiology yet, and she relies heavily on connection with her mother to keep her system stable.

The following account, from the book A General Theory of Love, tragically demonstrates what happens when infants are deprived of limbic connection:

His Imperial Majesty, who spoke several languages himself, thought he could determine the inborn language of mankind by raising a group of children who would never hear speech.

Saltimbene de Parma, a Franciscan monk who chronicled the exploits of the experimental monarch, wrote that Frederick proceeded by “bidding foster-mothers and nurses to suckle and bathe and wash the children, but in no wise to prattle or speak with them; for he would have learnt whether they would speak the Hebrew language (which had been the first), or Greek, or Latin, or Arabic, or perchance the tongue of their parents of whom they had been born.”

But, the good brother wrote, Frederick’s exercise terminated before yielding any linguistic result: all of the infants died before uttering a single word. The emperor had stumbled upon something remarkable: that “children could not live without the clappings of the hands, and gestures, and gladness of countenance, and blandishments.”

Eight hundred years later, in the 1940s, psychoanalyst Renê Spitz reported on infants caught in a repetition of Frederick’s experiment.

Spitz described the fate of orphaned children reared in foundling homes and institutions, as well as babies separated from young mothers in prison. In deference to the newly validated germ theory of disease, institutional babies were fed and clothed, and kept warm and clean, but were not played with, handled, or held. Human contact, it was thought, would risk exposing the children to hazardous infectious organisms.

Spitz found that while the physical needs of the children were met, they inevitably became withdrawn and sickly, and lost weight. A great many died. In a mortal irony, the babies exhibited a vast vulnerability to the same infections their isolation was meant to guard against.

In infants, multiple physiological functions, from breathing to heart rate, to hormonal balance, to temperature regulation, to even hunger and thirst — are all kept stable through connection to an adult with whom they’re bonded. Without it, they become sick and eventually die.

As they grow and mature, their limbic brain gradually develops more capacity to self-regulate.

But even as adults our limbic systems never really become totally self-sufficient. Isolated adults suffer from higher rates of depression, stroke, insomnia, obesity, and other illnesses of dysregulation.

Human connection is one of the best and simplest medicines available to us.

1. If you’re feeling out of sorts… if you haven’t had much in the way of human contact lately, reach out and connect with someone. There are very real reasons why doing so could help you feel better.

2. Pick up a copy of A General Theory of Love.

3. And if you’re in good shape at the moment… great! And, reach out and connect with someone. You don’t have to do anything, or fix anything, or solve anything. Just interacting with you can help stabilize their system and have them (literally, physically) feel better. Let your positive feelings be contagious.

Previously published on medium.com and is republished here under permission.
—