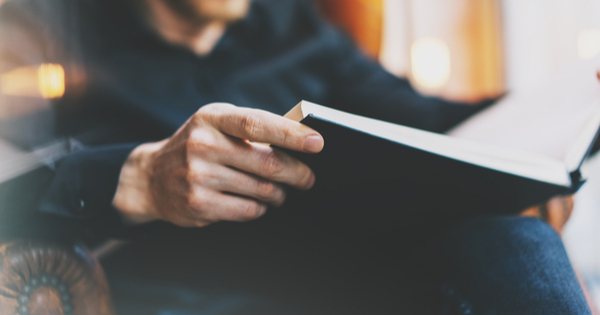 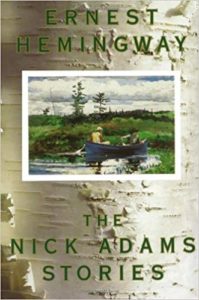 A BOOK I LIKE A LOT: For the past year, I worked with a legendary CEO — Frank Bennack, who led Hearst for a jaw-dropping 29 years — on his just-published book, “Leave Something on the Table.” It’s the subtitle that will speak to readers who moan at the news of yet another CEO book: “And Other Surprising Lessons for Success in Business and in Life.” Bennack’s is a great poor-boy-makes-good story, but more, it’s a story of success through Good Values. In a time when more and more CEOs are borderline criminals, Frank Bennack is so clean you could do a deal with him on a handshake. Click to meet him.
—-
The birches turn, and then it is Fall. The hunters clean their guns, and go to their camps. Logs are hauled from the edge of the water and cut for firewood. The nights are clear and full of stars, and the boy who’s camping out with his father finds that his mind drifts to the largest of subjects. This, especially: He’s afraid to die.

That boy is Nick Adams, and he is the subject of the first stories that Ernest Hemingway ever published. Most are set in Northern Michigan, where Hemingway used to hunt and fish with his father. Many feature Nick’s father, who is, like Hemingway’s father, a doctor. Later, Nick goes to the War, and, like Hemingway in World War I, is wounded in the knee.

Those who are very interested in Ernest Hemingway tend to read “The Nick Adams Stories” for the biographical nuggets, gridding the author neatly over his character. Others — high school teachers, especially — like to torture the young with stories about A Kid Their Own Age. (You may imagine the grisly discussions of adolescence that these poor adolescents are subjected to.) Many fewer readers, I would guess, read these stories for themselves — as the fascinating launchpad for one of our greatest writers. [To buy the paperback from Amazon, click here. For the Kindle edition, click here.]

The stories of any young writer should come with a consumer warning: CAUTION: UNEVEN CONTENTS INSIDE. And not all of these stories are worthy of your time. But the ones that are…

“Indian Camp,” for example. Young Nick goes with his father and uncle to help deliver an Indian baby. “That’s one for the medical journal,” the father says. “Doing a Caesarian with a jackknife and sewing it up with nine-foot, tapered gut leaders.” Then they look at the baby’s father. He has slit his throat. “Is dying hard, Daddy?” Nick asks. His father replies: “No, I think it’s pretty easy, Nick.” But the question lingers….

“Come here, kid,” the brakeman of a freight train tells his young stowaway in “The Battler.” “I’ve got something for you.” Nick comes closer. The brakeman punches him and shoves him off the train. Not a bad beginning for a story.

“The Killers” is one you may have read. Two hit men show up, looking for a boxer. Nick goes to warn the boxer. Who just stays in bed, stoic. Leaving Nick to know the future — and wonder why the boxer isn’t trying to avoid it.

I’m particularly partial to “In Another Country,” which begins with one of the most exquisite opening paragraphs I have ever read:

In the fall the war was always there, but we did not go to it. It was cold in the fall in Milan and the dark came very early. Then the electric lights came on, and it was pleasant along the streets looking in the windows. There was much game hanging outside the shops, and the snow powdered in the fur of the foxes and the wind blew their tails. The deer hung stiff and heavy and empty, and the small birds blew in the wind and the wind turned their feathers. It was a cold fall and the wind came down from the mountains.

In this story, Nick is a wounded soldier. He’s going for therapy. The other soldiers being treated are real heroes. He is not. The wife of one of the other soldiers dies. That soldier rails against marriage. Apologizes. Weeps. Therapy continues; life flows on.

Why is this familiar? Because it’s the rough draft of the opening of A Farewell to Arms, Hemingway’s best novel. But really not rough at all.

Writing is tricks, Hemingway has said. Here you watch him trying them out. They work — they work wonderfully. You can see here the future Hemingway only imagines for himself; you can see clear to the end of his writing career. That vision — the underpinning for these stories — made me very happy.

FYI: Hemingway’s epitaph: “Best of all he loved the fall/ The leaves yellow on the cottonwoods/ Leaves floating on the trout streams/ And above the hills/ The high blue windless skies/ Now he will be a part of them forever.”