The great thing is that the tools mentioned here are affordable and easy to install, and the hacks are quite easy for anyone to do by themselves. 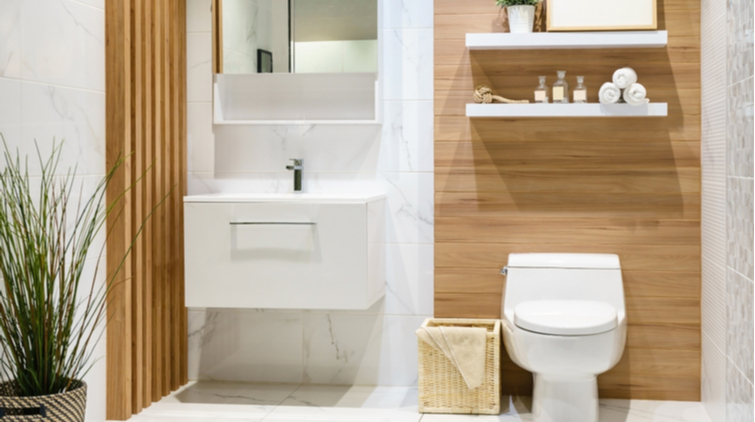 Although it might not seem like the average household uses more than a few gallons of water a day, water usage in the bathroom can be quite high, since flushing the toilet alone can cost up to 40-50 gallons in a day- and that’s just per person, at the minimum. The average household of four generally ends up using 400 gallons a day, largely by using the toilet flush. Not only is wasting so much water a cause for ecological damage and isn’t a sustainable way to live, it is also expensive in the long run since your water bills run high. But no need to fear, here are the best toilet water conservation ideas for you. The great thing is that the tools mentioned are affordable and easy to install, and the hacks are quite easy for anyone to do by themselves.

Save up on shower water

It’s a common practice to let the shower run for a few minutes until the temperature’s just right for you. But consider putting a bucket under the shower flow so that the water can be saved instead of going down the drain. You can then use that water to flush or wash up later.

Dual flush toilets make for the most effective toilet water conservation methods if you want to invest a bit. The dual flush system uses a small amount of water to flush liquid waste, and more water for solid wastes, thus providing optimization in water use.

Use a toilet tank bank

Minimize the use of the flush

It may sound unhygienic and smelly, but limiting the use of the flush to only solid wastes or every alternate liquid waste is a good idea for toilet water conservation. Also consider using bucket water to flush the toilet when possible. After every liquid waste disposal, a couple of mugs of water are enough to flush it away.

Many people have the habit of throwing toilet paper and waste such as napkins and plastic in the toilet bowl, which over time, is likely to clog the toilet and you might end up flushing several times to clear it up. One of the easiest and best toilet water-saving tips is to not dispose of such waste down the toilet at all. Instead, keep a dustbin in the bathroom in which you can throw all such waste.

Most of us are not plumbers or specialists who would know there’s a leak in the toilet, on our own. Many times, leaks are silent and you wouldn’t know unless you get the toilet checked up from time to time. One of the best leak check methods is to add a toilet leak tablet to the tank. If the water changes color in 15 minutes, you have a leak.

Use a toilet fill cycle diverter

This tool can actually help in saving up to half a gallon of water per flush. The concept of the toilet fill cycle diverter is to take the water that goes in the toilet tank and direct it instead to the actual tank, so that water wastage is reduced.

On a large scale, it may be hard to conserve a lot of water and make a difference to your water bill, but toilet water conservation is not that difficult using the simple tips mentioned above.