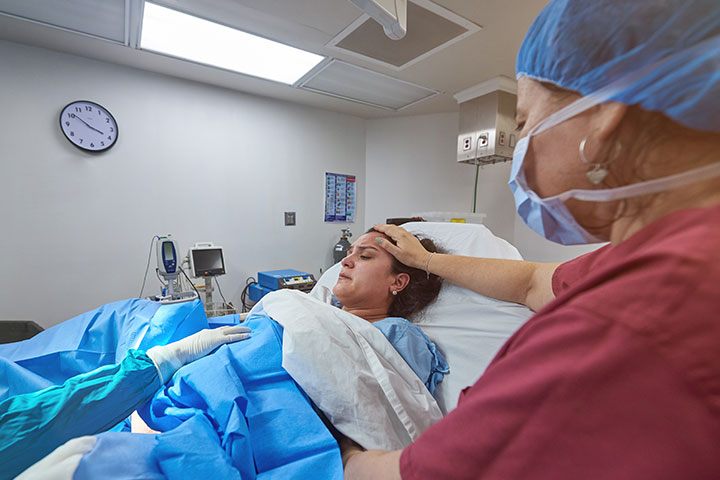 Giving birth to a baby is a beautiful thing, but the moment leading up to it and the actual birth is certainly not a pretty picture. Yes, it takes a lot of dedication and motivation for a woman to give birth. Unlike how it is portrayed in the movies, giving a few pushes is not going to give you a baby. For those lucky ones whose labor lasts not more than a few hours, all they might be wanting is to have their husbands by their side holding their hands. But when your labor lasts an incredible two days, some words of encouragement wouldn’t hurt.

While there might be husbands who whisper encouraging words to their wife while they are in labor, this husband from Atlanta took it up a notch and pulled a”Love Actually” move by making a flipbook of motivational messages for his laboring wife. The video which was posted on his social media page went viral with thousands liking and commenting in no time. 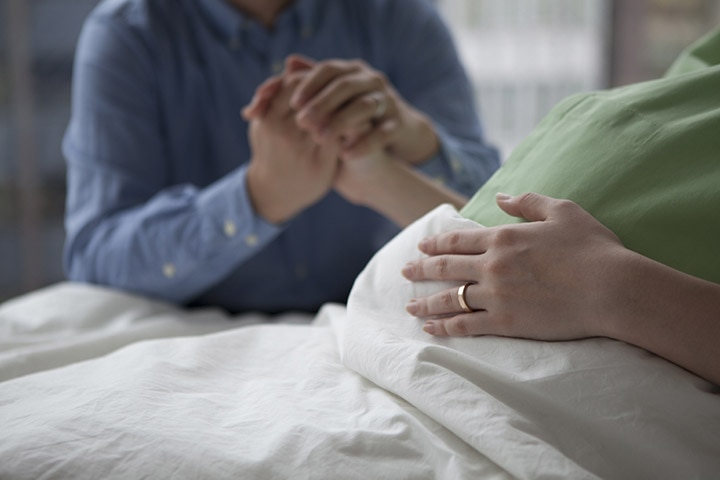 In the video, the Atlanta dad, Kendall Caver can be seen standing next to his wife, Jasmine Caver in the labor room. Kendall is seen flipping through several pages of his flipbook which is filled with motivational words and heartwarming anecdotes. Kendall’s wife reportedly had a miscarriage in her previous pregnancy which made her anxious as she was getting close to her due date (1). In an interview to a leading news channel, the Atlanta dad explained how his wife was worried as the due date was closing in. Jasmine, Kendall’s wife was anxious about giving birth for the first time and he didn’t know how to reassure her. So, he encouraged her to seek advice from her friends who had given birth. Kendall says this conversation made him start thinking. Kendall says for his wife to come up to him and tell him that she was worried made him realize he needed to do something. Because his wife was someone who climbs trees, mountains, and even skydives, and has no fear, it was crazy to think that she was getting anxious. We know pregnancy can be an overwhelming feeling for any first-time mom. However, that was the moment Kendall started working on something which would help his wife get through labor.

Kendall’s flipbook starts on the note reminding his wife to breathe like they’ve been practicing. He then shares messages on each page asking her to remember when they first met in college, 10 years ago. He talks about being his wife’s biggest fan and laughing at the same jokes a thousand times. Kendall even shares a joke on one of his pages to help her relax. He shares a message the couple received the night before their wedding about how they are going to be tested, but there’s no test they can’t face together. And he says how two years later, surviving many tests and a few rough times, he would do it all over again for the happiness he feels today. He ends the video by saying how Jasmine is the most wonderful, breathtaking, and fearless woman he knows and in just a few pushes, his wife is going to be the most amazing mother to their daughter.

The video garnered many positive comments from people all over. While one called it truly beautiful, another user thanked Kendall for showing there are men out there who really care for their partner. One user tagged her partner and left a funny message on how he could use some tips from this video for romantic ideas. However, among all the applause, the video didn’t go down well with everyone. Many accused Kendall of doing it for his own selfish reasons and using his wife as a prop for his viral video.

Regardless of people’s comments, the couple has welcomed their beautiful daughter into the world the same day and had announced the birth of their angel, Sofia Isabel Caver.

What do you think of Kendall’s video? Let us know in the comment section below.