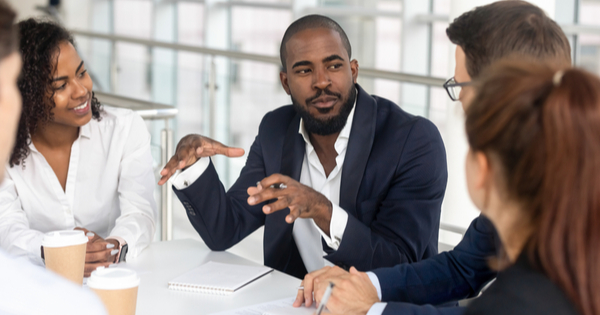 Judging by the number of scandals marring the reputation of Toshiba, Nissan, Volkswagen, Arcadia, and Wells Fargo; it can be rightly assumed that top CEOs do not care for moral implications as long as their bank accounts are getting filled with dollar bills. In a world that is tarnished by scandals and illegal practices, how can one create an ethical order that everyone, regardless of their standing, follows?

Before we jump into the top five ways which the top leaders can use to create an ethical culture, one must be assured that there CEO is not driven by greed, power or money. If the CEO shows any minor symptom of being a corrupt leader, it is better to get them removed from their position and start over fresh.

Coming back to the topic, here are some ways CEOs can build an empire that is based on ethical and honest culture.

1. Having a Sense of Integrity

Integrity is one of the primary factors for CEOs when it comes to leading organizations through ethical conduct. All the degrees, leadership skills, and professional achievements in the world would not matter if the said CEO lacks integrity. Here are some ways through which the CEOs can demonstrate it:

This section deals with how a CEO should maintain their ordinary conduct to instill ethical values. However, limiting all the culture changes to a certain tier is not going to benefit anyone. Once any CEO brings ethical changes within their conduct, they must move on to behavioral conduct of their employees to create an ethical company culture. This brings us to the next point…

For employees to know what is expected of them, they need to know what appropriate behavior is and what is not. For this purpose, CEOs must create or define specific guidelines or code of conduct that enlists ethical standards, expectations, and practices. All of this needs to be communicated to them.

You cannot control your employees. Instead, you must learn to train or encourage them to always prefer ethical ways when it comes to business conduct. Training material should be in a way that relates to real-life problems for employees to understand in a better way. Also, employees need to know what will happen should they fail to fulfill the organization’s ethical code of conduct. For this, you can introduce tangible consequences for individuals who fail to follow the ethical culture.

Most employees go right back to their usual self when nobody is looking. Being a CEO with a motive to bring ethical changes, you need to break this habit. There should be a feedback mechanism that enables employees to anonymously report unethical conduct of other employees. Once a complaint is launched, there should be no way of identifying the person who reported a certain individual for immoral behavior.

There need to be strong repercussions for the violators. For first-timers, a written warning should be enough and for second-timers, strong disciplinary action should be taken. The same goes for the top head. Accountability should not be dismissed when top leaders are involved. Everyone is responsible for their actions and they should be treated likewise.

CEOs can rely on behavioral psychology to further create a company culture that focuses on ethical and moral values. One such technique is positive reinforcement where the leaders reward or provide some kind of benefit to individuals displaying good and ethical behavior. Once the employees realize that there are certain incentives attached to this behavior, they will go above and beyond to reflect ethical and positive values within their official business.

With the help of positive reinforcement, CEOs and leading team members can trick employees into correcting their bad practices. If you want employees to be honest, you can attach some sort of benefit with honest conduct and vice versa. If you like, you can utilize positive reinforcement when it comes to your organization’s cleanliness factor. For instance, if you want clean office floors, you can greatly reward individuals who focus on maintaining the cleanliness of their workstation.

When employees witness CEOs getting away with mistakes which they were held accountable for, they will have a hard time taking your organization seriously. They will try to deceive the company at every chance they get. Because of this, organizations or CEOs must learn to lead by example. They must demonstrate leadership qualities, ethical values, and honest corporate culture in their daily professional conduct.

Such CEOs must hold everyone accountable for ethical shortcomings and never allow high-performing or charismatic team members to evade accountability under any circumstances. It is ‘responsibility for all or responsibility for none!’ Sticking with the latter will lead your organization to ruin. So, for the sake of your company’s fate, hold everyone equally accountable for all their actions.

Cultivation of moral and ethical values always starts at the top. As the old saying goes ‘Where the head goes, the body follows,’ employees often observe and imitate the behavior of the organizational leaders. CEOs and other top heads need to create a code of conduct against which they can hold themselves and others accountable. As the culture of any organization is defined as ‘this is how we do things in here,’ the CEOs need to craft a set of ethical values that are reflected in their daily official and personal conduct.

But that is not all! The ethical company culture need not stop at the CEO level. Since employees also play a significant role in maintaining a culture, CEOs must ensure that every member of their organization is onboard the ethical train. Apart from communicating and discussing the ethical cultural values with the employees, there must be some way of ensuring the employees are conforming to the defined ethical guidelines.

While there will still be bad behavior in any organization, the CEOs need to shape the ethical culture and follow the suggestions provided above. This will minimize improper behavior and cultivate a healthy, ethical, and positive culture.