The President’s speech included policy proposals that would have a big impact on reducing inequality. 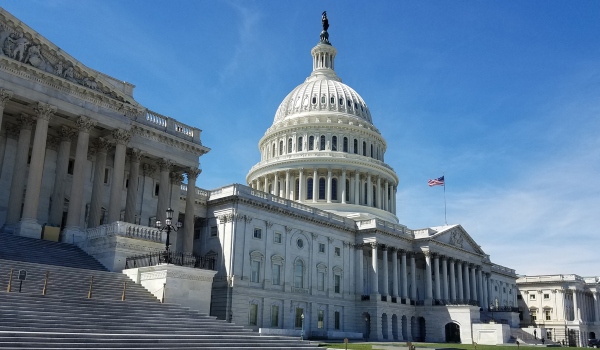 The buildup to the State of the Union Address included hints that it would include serious proposals to address rising inequality. While his rosy talk about the current state of the economy is a tough sell to the millions of American families struggling to make ends meet, many of the ideas he put forward would have a concrete impact on their lives.

Here are the top five policy proposals in the President’s speech that, if enacted, would have a big impact on reducing the gap between the haves and have-nots.

1. Higher Wages. One of the shining moments of the 2014 election came when voters in five states voted to raise the minimum wage. Obama put the challenge directly to the lawmakers saying, “to everyone in this Congress who still refuses to raise the minimum wage, I say this: If you truly believe you could work full-time and support a family on less than $15,000 a year, go try it. If not, vote to give millions of the hardest-working people in America a raise.” Obama also made an unequivocal call for gender pay equity stating, “Really. It’s 2015. It’s time.”

2. Paid Sick Leave. Also winning on the ballot in 2014 were paid sick leave initiatives. The president pointed out that “we’re the only advanced country on Earth that doesn’t guarantee paid sick leave or paid maternity leave to our workers. Forty-three million workers have no paid sick leave.” His plan includes guaranteeing the opportunity to earn seven days of paid sick leave to every worker in the country.

3. Closing Tax Loopholes. As Obama put it, “lobbyists have rigged the tax code with loopholes that let some corporations pay nothing while others pay full freight. They’ve riddled it with giveaways the superrich don’t need…” The trust fund loophole, which I described in more detail here, is a rather absurd aspect of the tax code that allows the wealthy to avoid their capital gains tax liability by holding on to assets until death. Closing this loophole, along with the president’s proposal to raise the capital gains rate to Reagan-level rates for those with incomes over a half million per year, would raise $210 billion over ten years almost exclusively from the top 1 percent. Ending tax incentives that reward companies that park assets in offshore tax havens and send jobs overseas would also bring in significant revenue. This revenue could be used for important programs that improve people’s lives like the ones listed below.

4. Free Community College. Called “America’s College Promise,” Obama’s plan would provide tuition-free community college to all students willing to work for it. The concept is modeled after a similar program in Tennessee, notable in part because of its support from Republican leaders in the state. It may not be a perfect solution to skyrocketing student debt and limited access to higher education, but the plan is a strong step towards, as Obama put it, an era when “two years of college becomes as free and universal in America as high school is today.”

5. Affordable Childcare. Using the Erler family as an example of middle-class families across the country, Obama pointed out that “basic childcare cost more than their mortgage” and went on to say affordable, high quality childcare is “not a nice-to-have — it’s a must-have.” He harkened back to a time when the country had universal childcare, which existed in the 1940s, but stopped short of calling for a revival of this program. Instead he proposes a new $3,000 refundable tax credit to offset the costs of childcare.

As far as what it will take to end inequality, Obama’s list is far from inclusive. And getting any of these initiatives passed into law will be incredibly difficult given the Republican majorities in the House and Senate. But this shouldn’t stop serious lawmakers and advocates from pursuing an aggressive agenda for reducing inequality and rebuilding the ladder of opportunity in the United States.

Previously published on inequality.org and is republished here under a Creative Commons 3.0 License.