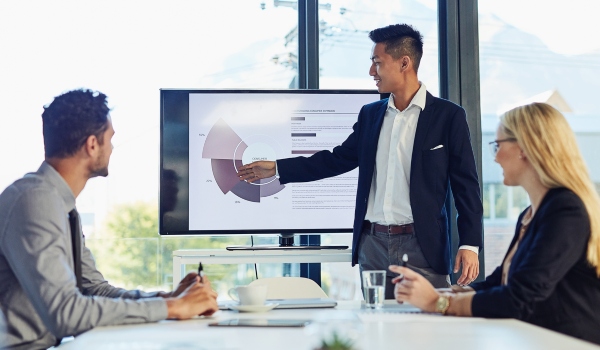 It seems antitrust is finally having a new moment in the sun. From Attorney General Nominee Bill Barr to Senator Amy Klobuchar, to Congresswoman Alexandria Ocasio-Cortez, to and even President Trump, everyone is talking about antitrust in the context of Internet platforms. While antitrust is a powerful tool and essential to the proper functioning of the economy, antitrust alone cannot eliminate the full array of harms caused by highly concentrated markets. The excessive market concentration and corporate power we see today resulted not only from conservative jurisprudence and lax antitrust enforcement but also excessive deregulation. Antitrust is not sufficient to rectify the very real problems reform advocates identify.

Even in the “golden age” of trust busting in the first half of the 20th century, antitrust was never seen as enough to protect consumers on its own. That’s why the first wave of comprehensive consumer protection law was developed in the same period. Louis Brandeis’s arguments in favor of the creation of the Federal Trade Commission emphasized the need for additional authority to protect consumers as a necessary supplement to antitrust. And even in the heyday of antitrust (ca. 1940-1970), it also took regulatory agencies being created and active to constrain the abuses of airline, pharmaceutical, and agricultural behemoths.

Regulation was crucial to the survival of U.S. Department of Justice’s effort to breakup AT&T. Once broken up, the local phone companies sought almost $20 billion in rate increases, claiming the antitrust case made this necessary. Fortunately, state regulators blocked the price hikes and helped consumers navigate a smooth path to a competitive marketplace. Regulation provided basic rules for interconnecting telecom networks and nondiscrimination for access to the internet. And today, regulation is our best tool to protect our privacy from overzealous advertising practices.

As the makeup of the Supreme Court has changed over the last few decades, antitrust law’s broad language has been constrained substantially to limit enforcement. A series of important cases narrowed the definition of what can be considered an antitrust violation. Economic theories adopted by the courts, such as the idea that barriers to entry are generally low, tipped the scale toward under-enforcement. At the same time, a deregulatory ethos has restrained regulation. In the past two decades mergers in the cable and telecom industries – as well as the airline, agricultural and pharmaceutical industries – have been approved that once would have been rejected.

As today’s digital marketplace has exploded, the tech sector, in particular, is starting to look a little like the old cable and telecom world, with a few firms growing enormous and facing limited competition. Yet unlike cable and telecom, or virtually any other industry sector, no regulatory agency is empowered to deal with the broad public interest questions facing tech companies. The Federal Trade Commission, which enforces consumer protection across the economy, has been in the lead on privacy but it has no rulemaking or fining authority and its purview is limited.

The broader public interest requires ensuring small innovators can compete fairly in markets dominated by large platforms and even challenge the platform itself if they want. The public interest means content creators, journalists, bloggers, and individuals can be compensated for their work and are not kept from the public square by overzealous moderators or by unchecked harassment. Antitrust alone cannot create competitive markets in these industries characterized by heavy network effects and sometimes perverse incentives. And competition alone cannot foster innovation and entrepreneurship, personal privacy, diversity of media and content ownership, or the integrity of individual speech, which is essential to democratic discourse.

We need new tech sector-specific guardrails to open the door to new competition, ensure diversity of ownership and viewpoints in our public discourse and prevent dominant companies from abusing their power — both economic and political. In markets dependent upon digital platforms, where the platform also owns services riding on the platform, we may need non-discrimination requirements, rules against exclusive dealing, and obligations to carry independent content to combat integrated firms’ gatekeeper power and harm to small start-ups and innovators. We need rules governing data flows, both for consumer privacy and for fair competition. Rules requiring interoperability protocols could make competition feasible in the face of strong network effects that make customers feel locked into dominant incumbents.

We can learn from the history of the 1992 Cable Act. Just as Comcast should not favor NBC programming over independent networks like the Discovery Channel, maybe Amazon should not favor Amazon Basics products in its Marketplace and maybe Google should not discriminate against others’ apps. Just as AT&T, the owner of DirecTV, should not charge an inflated price to Dish, DirecTV’s biggest competitor, for its Turner Network programming, maybe Facebook, the owner of Oculus, should not charge extra to HTC for advertising its Vive VR headset.

If we can galvanize support for stronger antitrust, then surely we can create the additional accountability tools and enforcement practices needed to thoroughly challenge the dangers of economic and political concentration of power. One tool is not enough — we need a full array of public oversight to begin undoing past mistakes and meeting new challenges posed by digital platforms in ways that promote competition, transparency, and democratic values. Achieving more competitive economic markets that expand the marketplace of ideas and protect our democracy requires both antitrust law and regulation working hand in hand.

This post was previously published on publicknowledge.org and is republished here under a Creative Commons license.