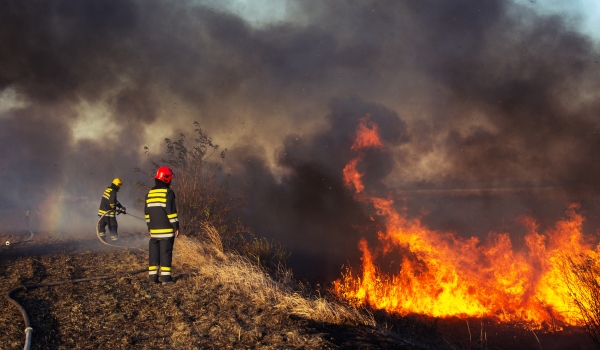 Early in Indonesian President Joko “Jokowi” Widodo’s first term, Indonesia experienced some of the worst forest fires and haze in decades. Jokowi visited South Kalimantan in 2015, walking through charred peatlands to witness first-hand the fire damage. He then released a series of policies related to forests and peatland fires.

He merged the Forestry Ministry and Environment Ministry. He set up an agency to restore 2 million hectares of peatland. He created a task force to deal with haze emergencies. And he extended the moratorium on new plantations in areas of primary forest and peatlands, first enacted by his predecessor, Susilo Bambang Yudhoyono.

It’s now clear Jokowi will be in office for the next five years. What are the impacts of these policies and what should or could he improve in his second term?

How forest and peatland fires added to greenhouse gas emissions

The 2015 forest fires in Indonesia devastated 2.7 million hectares of land. More than 800,000 hectares were on peatlands. The losses cost more than US$16 billion.

The fires also produced 15.95 million tons of CO2 emissions per day. This was more than the daily emissions of the entire US economy, making Indonesia one of the major contributors to global greenhouse gas emissions from land use change and the forestry sector.

In addition to thousands of premature deaths, researchers warned of the alarming long-term impacts of the cross-border haze’s particulate matter being inhaled by infants in Indonesia, Malaysia and Singapore.

Despite of El Niño predicted to be weak this year, Indonesia still should be gearing up for a long drought as well as a high risk of forest and land fires.

Restoration of degraded forest and peatlands needs to be on top of the agenda to prevent the 2015 damages and casualties happening again.

Here are three things the Jokowi administration could do in his second term to prevent forest fires and haze and to support the world’s efforts to curb CO2 emissions.

Jokowi should make the ban on new permits affecting primary forests and peatlands, known simply as the forest moratorium, permanent, instead of just extending it for another two years.

The moratorium slated to expire on July 2019 was first implemented in 2011 under President Susilo Bambang Yudhoyono. The moratorium aims to protect 64 million hectares of forests and is part of Indonesia’s effort to slash greenhouse gas emissions.

Banning the use of forests and peatland areas for new plantations can reduce fires because planters often burn cleared land to prepare it for planting.

We also recommend the moratorium include secondary forests (regrown forest areas after being logged) because many of these areas still have good forest cover and high biodiversity value.

Researchers recorded that Indonesia had a 60% decrease in the rate of tree cover loss and an 88% decline in primary forest loss in protected peatlands between 2016 and 2017.

Researchers also argued that it resulted from many factors other than the moratorium. These included rainfall, stronger law enforcement and increased public awareness about the health hazards of haze.

Whether the policies have direct influence or not is still debatable. However, one thing is clear: stopping the issuance of plantation permits in forest areas and restoring degraded forests and peatlands are key to tackle forest and land fires.

2. Improve transparency and public access to forest land use data

Indonesia is known for its slash-and-burn activities to open up plantations, especially palm oil, which were blamed for the 2015 forest and land fires.

Hence, open palm oil plantation data is important to show who’s accountable for the burned areas as well as to enforce the law. The government should improve its One Map Initiative to integrate maps across the nation and to make data on who owns or manages palm oil plantations available to the public.

So far, the government has yet to show the political will to provide open and transparent geospatial data.

Jokowi’s administration has been reluctant to abide by the 2017 Supreme Court decision to open data on oil palm plantation licensing to the public. Forest governance expert Hariadi Kartodihardjo states that the government’s reluctance hinders the process of clarifying the status of 3.47 million hectares of oil palm plantations that overlap with forest areas.

The key ingredient to tackle the complexity of land tenure conflict in Indonesia is open and transparent geospatial data. This will also prevent illegal development of oil palm plantations that are often connected to man-made forest and peatland fires.

As the head of government, President Jokowi has the power to set the political agenda to address the above problems and to use necessary measures to improve public participation and access to One Map.

The last recommendation should be public participation, which involves giving legal access for communities living in forest areas under the social forestry scheme.

The scheme is the government’s flagship national program to improve community access to 12.7 million hectares of forest, which also helps to alleviate poverty and reduce illegal logging.

However, less than 20% of its target has been achieved.

To speed up progress, the government fast-tracked the permit process to cut the bureaucratic process from six months to 21 days.

Aside from streamlining the process, the administration should also ensure the program is socially just and helps communities switch to alternative, environmentally sustainable livelihoods.

There are case studies of community forest groups who can balance between conservation and economy, such as the Bina Wana group of West Lampung district, where the farmers produce non-timber products such as coffee and honey while protecting biodiversity.

Climate change is projected to increase the incidence of droughts, leading to a possible doubling of dry El Niño conditions. Hence, more significant commitments are needed to reduce fires and haze.

So far, Indonesia has made substantial efforts to strengthen environmental and natural resources policies. There is still room to improve environmental and social equity, as well as transparency in governance.

Entering his second term, Jokowi needs to place these considerations higher up on his agenda to avoid a recurrence of the 2015 haze.