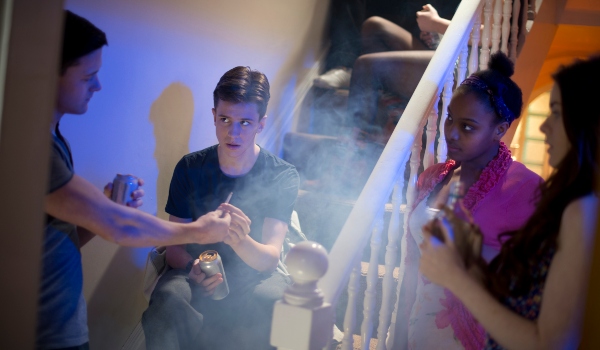 To prevent young people from smoking, drinking alcohol or taking drugs, you should combine three key elements. First, any programme should be developmentally appropriate to the ages of the children concerned. Second, the approach should be stepped—vulnerable young people often need approaches that are different from those that the majority require. Third, all elements of the strategy must be integrated and mutually reinforcing—you are, for example, wasting effort telling young people to avoid alcohol if age restrictions are not enforced at liquor stores and beer drinking is advertised at football matches.

Let’s first consider tailoring prevention to child development. If a child is still playing with Lego, it’s probably ineffective and almost unethical to put marijuana use on his or her agenda. Children at this age usually don’t drink or smoke. Indeed, if you focus on children themselves when they are very young, there is a strong risk that you will make them more rather than less interested in drugs and alcohol. Instead, prevention should focus on parents, preparing them for when their children grow older and might become interested.

You do not have to target children until they get older—13, 14, 15—by which time some are experimenting. Research findings highlight the influence that parents can have on preventing or reducing substance use among teenagers. Longitudinal studies have found that parents setting rules about smoking and drinking can help. Other research suggests that good parent-child communication, when both parent and child are interested in each other’s opinion, can also have a protective effect on substance use among youths.

“You are wasting effort telling young people to avoid alcohol if age restrictions are not enforced at liquor stores and beer drinking is advertised at football matches.”

Then, as they get a bit older, 17 or 18, and they may be trying to buy cigarettes and alcohol, the focus should be not only on the parents and children, but on those who actually deliver those goods—bar owners and retailers who should be trained to check for age identification. Raising the minimum age for drinking has been associated with reduced alcohol use, and an adequate compliance with age limits is related to decreases in alcoholic sales. Also the price of goods, raised by increasing taxes, is important, particularly for younger people. It has been calculated that a 20 per cent rise in the selling price of tobacco can reduce the number of young smokers in the Netherlands by almost 20,000 in the short run.

The second aspect of prevention strategies is a stepped approach. Universal programmes, run through schools, often do not have strong, lasting effects. Many children don’t particularly need the support because they probably would not use drugs or alcohol—at age 12 or 13, more than 80 per cent are not risk takers in that area. However, universal prevention does still have an important role, namely to provide information on the dangers of drugs and alcohol, because some children think that they can try cigarettes, smoke for a few months and then easily quit. That myth must be debunked. They need to know how addictive cigarettes are and that they may not be able stop after a few months. Universal information programmes help the majority to stop the minority—peer pressure can reduce smoking and drinking. Bans on cigarette advertising can also help. A study involving 22 countries found that advertising bans reduced tobacco consumption, provided the ban was pervasive and overarching. A limited ban on advertising was hardly effective, if at all. Studies of mass media campaigns against substance use show they contribute to creating awareness, increasing knowledge and changing public attitudes.

A minority of young people have an elevated risk of drinking and smoking because, for example, they have already experimented, or they have parents who are users, or perhaps they have personality traits that make them more susceptible. They may be more sensation-seeking than other children perhaps because they suffer from depression. That’s why, alongside the universal programmes, additional help should be targeted at these young people or perhaps at their parents, who may need support with parenting skills. They may not know how to show children good ways to behave because they themselves are depressed or sensation seekers. This ‘stepped’ approach is not only more effective. It’s also more cost effective—it’s not smart to give everything to everyone.

Third, whatever prevention work is done at a school level, much will be wasted if it’s not supported by national and local policies on substance abuse. For example, if beer-drinking and hard liquor are advertised during large sports events, young people get a message about norms, contradicting what schools are telling them. Only national authorities can successfully create and enforce rules on these issues: there is lots of evidence that, if the industry is left to self-regulate, the rules are neither strong enough nor well-enough enforced.

There are similar issues related to enforcing the legal age of drinking. In most parts of the United States, the minimum age for buying alcohol is 21, yet the prevalence of drinking among 18-year-olds is quite high. Europe has a similar problem. How do these young people get alcohol? The authorities need not only to make laws, they should also enforce them. I am not saying this because I want to have a police state. It’s because, if young people think that they will never be caught when they break the law, the message they are getting is that it is normal to drink. How can parents help their children when they don’t feel supported by the government?

Of these three principles, the first—prevention approaches appropriate to children’s ages—and the third—integration of all available approaches—are the least developed. We have a lot of substance abuse reduction programmes, but many are not developmentally appropriate and are not effective. Often teachers like particular programmes, but they don’t work well or they have not been properly evaluated. Meanwhile, advertising alcohol continues to be a big problem across the world, undermining other good work—and cigarette advertising is expanding in some poorer countries. We have some good, evidence-based targeted programmes—the stepped approach—but, as is often the case with health care, there is no clear system for implementing them.

There has been a tendency to spot a programme that looks and sounds good, perhaps even with some supporting empirical evidence, then transfer it to another culture or ethnic group and be disappointed that it does not work. We have not been critical enough. Provincial, state and national authorities must recognise that one size does not fit all and that programmes should be tailored to different cultures or environments.

What should we do where resources are tightly limited? Focus on the stepped approach. Rather than putting a lot of money into extensive universal programmes, it’s better to screen children for risk factors and focus on the vulnerable minority. It’s more cost effective and avoids burdening children and parents with help and information they may not need.

But the stepped approach can be hard, skilled work. If young people have taken their first steps towards a smoking and drinking career, you can still prevent them from progressing. That’s when they are most susceptible to prevention and when parents may be most prepared to help. We have, for example, an online coaching programme to train parents how to talk with their children, enhancing their communication and negotiating skills. For the children themselves, at the point when they are experimenting, we must strengthen their social and emotional skills. They don’t want to lose their friends so they will struggle to stop smoking and drinking if their friends are doing it. We have programmes where children are trained by a psychologist how to say ‘no’.

How well are we doing? The field is making a lot of progress. I am really positive and optimistic. There is a lot to do to ensure that the right prevention programmes are implemented and that they are integrated and work well together.