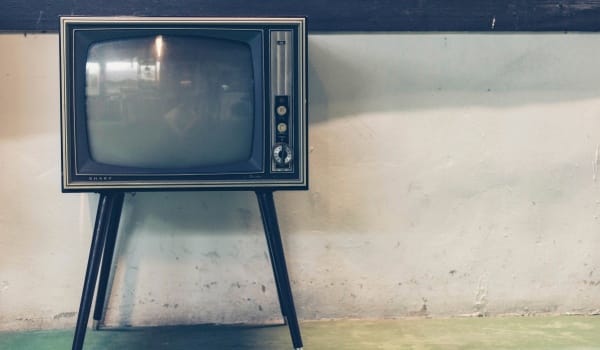 Our downstairs neighbors watch Dagny, our Shih Tzu Terrier pooch, when we’re out of town. They have a similar-looking mixed-breed type dog named Charlie and the two get along like brother and sister (or boyfriend and girlfriend — though they’re both fixed, so I’m not sure if the whole attraction thing is there, but anyhow…).

When we came home from vacation the other day and went to pick Dagny up, they were watching the latest (I think) Avengers movie.

Their TV is really big and awesome unlike our tiny imitation of a TV (okay, I actually like the fact that our TV is small, but there’s nothing like a good action flick on a giant screen). Obviously, I ignored every human in the room and latched onto what was happening in the movie.

Now, this is a big point of contention for me. I’m not a big action movie kinda guy. But the Marvel movies (particularly Iron Man and The Avengers series) that I’ve seen are incredible. Every time one comes out, I tell myself, I HAVE to watch this one and get caught up!

I haven’t seen a proper Marvel movie in probably six or seven years (at least five). As I was watching that movie the other day, I had no idea what was going on. There were characters I didn’t recognize and epic antagonists (and protagonists) I didn’t know existed.

I gave up on catching up several years ago. If it was just Iron Man, it’d be one thing. But when it comes to The Avengers, that’s an umbrella that includes Captain America, Black Panther, Spiderman, The Incredible Hulk, and more.

Apparently, there have been 22 movies made since 2007 making the most recent Marvel Cinematic Universe…

As I write this, I can feel the anxiety welling up. Isn’t that weird? Why is that?

Well, as a starter, it’s because I really like the movies and am bummed I’m missing out. So there’s a level of angst there. But there’s also a deeper cultural dynamic happening.

As an American male, I should know my superheroes! Not that I have a ton of friends, but a good number of those I do have (across the gender spectrum) seem to be fully up to speed with everything in Marvel-world. And it’s not even like a big thing. It’s like, Oh, yeah, of course I’ve seen Avengers: Age of Ultron — haven’t you?! It’s the best!

I remember being at work years ago hanging out on our break with a circle of people — probably seven or eight — who’d seen all of the movies. And then there was me. I stayed quiet hoping someone would change the subject until someone finally asked me a pointed question about one of the movies. When I replied that the last Marvel movie I saw was Iron Man Part 2, I thought I was going to be burned at the stake.

The pressure from culture is intense. If I were to go back 600 years to 15th century Rome, I’d imagine it’d be the same feel if I didn’t go to church. I’d be looked at through the sides of narrow eyes. You don’t go to church??!! Heathen!! Buuuurn him!!

Okay, allow me to zoom out a bit. What’s interesting about the pressures of cultural norms, in general, is this: The more my culture pressures me to do something (in this case, to see this popular thing that everyone is watching), the less I want to do it!

Cultural laws like this seem to emerge automatically beyond the volition of any individual.

In our secular culture, we see something interesting about ourselves: religiosity is part of the human condition. The church was/is just a byproduct of this.

Now, I’m embellishing. I don’t think I’ll actually be burned at the stake as I would have in Medieval Times. But that inner groaning is still as real as it’s ever been.

Let’s look at this ‘inner groaning’ a little closer… Why is this? Why is it that the more we’re told that we ‘should’ do something, the more we resist it?

Humans naturally fight shoulds (aka ‘law’ in theological terms, whether it’s legal shoulds or cultural/internal shoulds). The law is great when you’re following it. When I’m in the ‘in crowd’, I can uphold the law against my brothers and sisters like a pro. When I’m blinded by self-righteousness, I can point fingers and should all over people.

But when I’m on the outside of that law and see it working against me, I’m raising the biggest middle finger I can to that cultural force. It creates an internal conflict. Me going along with the law-abiding them feels like trying to push two northern poles of giant magnets together. Not. Working.

This is where grace comes in.

It’s only when the pressure is lifted that I might consider watching the movies (ahem, I mean, following the cultural law). When it’s on my terms with no obligation. When I know that my worth and justification as a human won’t be on the line.

This is why my particular faith makes a lot of human/emotional sense to me. When I hear of a God who points at me while shaming and shoulding me from above (some people in my tradition hold this as their narrative, but it’s only because they so strongly see themselves in that in-crowd; we’re all guilty of this at some level), my middle finger goes up to him (yep, this notion of God is always a he in my head) just as it did to that circle of co-workers who judged me for not watching Captain America (it’s all good, you guys, all is forgiven now 😜).

But when I hear a God proclaimed who loves in one direction — towards me — without losing one iota of love and forgiveness for whatever I and my fellow humans have or haven’t done, I’m freed from compulsion and can return to do the thing I know I should.

Which, right now, is stop complaining, watch Captain America, and start catching up…

This post was previously published on A Sacramental Life and is republished here with permission from the author.