I was recently sat in my car. It was about 8.30am and I was in the glamorous setting of a multi-storey car park. Three teenagers in school uniform made their way past the car. This trio stood out because they were messing around with a shopping trolley. 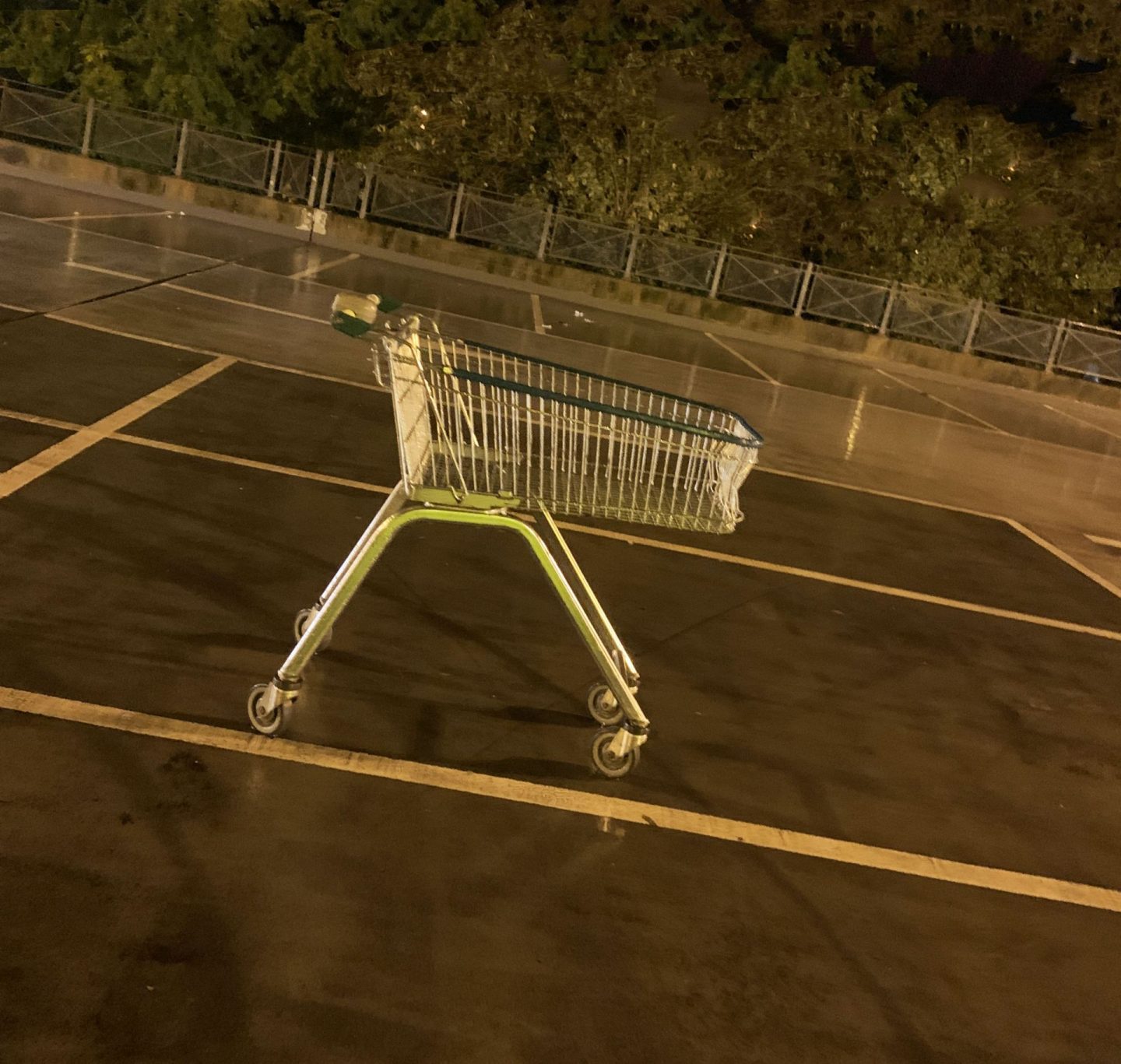 A discarded shopping trolley in an empty car park. A common sight, but could this mundane item impact on my daughter’s academic future?

From the uniform they were wearing, I could tell they attended a nearby school. It happens to be a school I had placed on my eldest daughter’s secondary school application form the previous day. Although it’s on the list, I have a few reservations about this school and what happened next did nothing to alleviate them.

When these kids first made their way past my car, they were pushing one of their friends along in the trolley. They briefly went out of view and I then heard a loud, repeated metallic sound. It was the kind of sound you might expect if a shopping trolley had been shoved down a staircase.

Moments later I walked past where these kids had been mucking about. Sure enough, there was a shopping trolley languishing part way down the stairwell of the car park, upturned with its four wheels in the air. Not content with pushing each other around in the trolley, they’d shoved it down the stairs.

A couple of months previously, I had been in the same car park. I stumbled across a couple of kids from the same school while paying for a parking ticket. Bizarrely, they were sat in a shopping trolley smoking cigarettes when they should have been in lessons (what is it with car parks and shopping trolleys?).

I don’t expect any teenager to behave perfectly. I should know, I was one myself. I did idiotic things with shopping trolleys and I might, just maybe, have smoke cigarettes.

Having been a school-run dad for years, however, I am often cajoling and encouraging my kids to make their way home at the same time as the local secondary schools empty out. My kids and I have to share the pavements with these older school kids.

I hear the odd swear word, I see the odd bit of jostling among friends and from time to time I see kids smoking. Shoving shopping trolleys down stairwells and bunking off lessons to head into the centre of town to brazenly have a fag? This is the only school where I’ve seen pupils behave this way.

Thanks to geographical proximity, we have to consider this establishment (along with a couple of others, I should add). It doesn’t ease my concern that a childminder I am acquainted with said some of this school’s classes require “crowd control.”

Question is, how much consideration should I, as a parent, give such matters? Does it say something about a school if pupils behave this way in the street while wearing identifiable uniform?

Moving on from shopping trolleys, a further issue I care about deeply is the pastoral care of pupils. Any institution we place on the school application form must take this seriously. I want to know any school my kids attend will develop them as individuals and care for them, ensuring their time at school is enjoyable and that it nurtures a desire to learn.

I want my children to learn life skills alongside academic subjects. I don’t want their school life to be dominated by a desire to achieve astounding results.

I recently wrote about my experiences of the education system, how I felt it failed me and the impact this has had into my adult life. To be blunt, my school had no interest in the background of pupils or issues they faced at home. We were cogs in a machine and there was no personal development.

I want my kids to have an entirely different experience. It’s partly why I am so suspicious of the Government’s desire to turn all state schools into academies. As far as I can see, the academy system enables private companies to profit from state assets. It’s a machine set up to produce results and focuses on nothing else.

In fact the headteacher of a local academy school (another one we’ve had to consider putting on the application form) recently gave an interview to a local newspaper. I won’t reveal their gender, they could be male or female.

Putting aside the fact the interview responses had clearly been written by a PR specialist (I’ve worked in PR, I can spot these things), it gave the impression everything at this school was rosy. I’m an awkward individual and so I went through the article line by line and found the words results and grades were used seven times. Oftsed was mentioned twice and there were repeated references to school improvement and strategies for improvement.

It all looked and sounded incredibly corporate. As if to prove the point, the word care and the phrase pastoral care did not feature once. Neither did the words individual, support, nurture or development.  This told me all I needed to about this school and its philosophy.

I know a lot of people sneer at Oftsed reports and think they have little value. I think this is a foolish approach. Ofsted may be imperfect, but surely we’re better off with an inspection regime being in place?

It’s those little details in the Ofsted reports that say so much about a school. What do the pupils say about the school? How well do disadvantaged pupils perform compared to those who aren’t? Have the inspectors described the school as “welcoming”? Ignore these details at your peril.

Deciding which primary school to send the kids to was hard enough. Dealing with the secondary school application is another league altogether.

I don’t want to make too much of the shopping trolley incident, but it was enlightening. Why would you behave like that while wearing identifiable school uniform? Why have I only seen kids from one school behave like this in public? So many questions and along with Ofsted reports and the impression left by school visits, we have so much to consider before hitting ‘send’ on that school application.

Is this something you can relate to? Are you applying for your child’s secondary school place? How much weight would you give pupil behaviour and have you read the Ofsted reports of the schools you’re thinking of sending your kids to? Please do comment below with your thoughts.