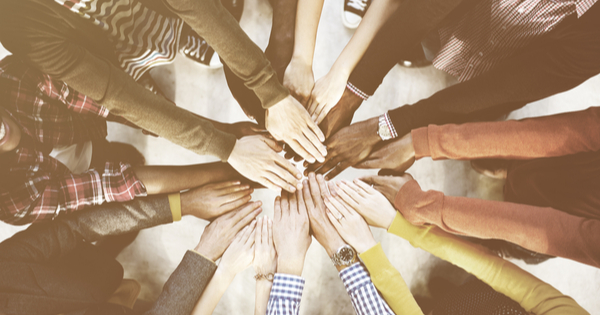 There is a Spirituality of Pragmatic Organizing.

I can already hear the objections in your head.

“You’ve got to be kidding.  How in the world can pragmatism and organizing be connected with the spiritual?”

I accept your challenge, Sir Gallahad. But, let’s get some definitions on the page first. Spirituality for me is not some woo-woo idea limited to sunsets, and uncomfortable cross-legged poses and encounter retreat weekends with gurus and chocolate. (What’s the deal with chocolate?  I don’t know, but I seem to be craving more of it in this post-Halloween season)

Spirituality is all about a connection with the holy, the sacred, the numinous, the eternal…ok, let’s go with God. But why do we reserve this for ‘special’ moments? As I’ve argued again and again, the spiritual happens in the everyday, ordinary, messy, confusing, painful, and delightful moments of life.

Pragmatism is the implementation of an idea. Yes, the move from concept to reality is pragmatism. When people ask me about leadership, I’ve come to use the definition I heard several years ago: Getting from here to there.

More than two-thirds of US Americans describe themselves as pragmatic, as opposed to flexible or conserving. It’s in the makeup of our culture. The author and psychologist James Hollis describes a time when he was meeting with a Swiss analyst in Zurich. Hollis thought she was making fun of him, but then realized it was a compliment when she said, “You Americans, leave your jobs, sell your homes and come over here to study. Just like that. We Swiss would think of the idea for ten years, and then probably not do it. That tendency to take matters into your own hands is what makes you so admirable.” What one person might call impulsive, this person describes an action.

I’ll confess to being a card-carrying task-oriented pragmatist.

Oh sure, I’ve got ideas, dreams, and whims that circulate constantly, but if I don’t take one or two of them and make a move to a concrete reality, I’ll begin to go crazy. Years ago, I confessed this to a mentor who told me, “You’re an incarnationalist.” This was before seminary training, so I had to look it up. It turns out. It’s not a word. But the idea is one who takes concepts and brings them to life.

Those of us in the Jesus tradition know of the incarnation as the theological concept of the eternal brought to life in the temporal. The Christmas narrative of the Holy Logos of the Divine birthed into the here and now. Jesus is the incarnation of God. And don’t you love that this all happened in a manger with barn animals, hay and well, just a bunch of poop on the floor, no doubt?

I’m kinds of winding my way toward the main point. Pragmatic organizing is spiritual. It’s the act of making something real. That’s a sort of creation. No, wait, it is creation. You are creating something when you bring something into being.

Which brings me to the event that inspired this article.

Last week I was in Hartford, Connecticut, for the launching of the Greater Hartford Interfaith Action Alliance (GHIAA). I concept three years ago became a reality as 1500 persons from every possible faith tradition gathered to form GHIAA. The goals are clear and concrete:

You can read more about it here. You can see media coverage here and here.

This effort took three years, thousands of one to one meetings, multiple pieces of training, and a bunch of pragmatic idealists. Several of our Pastors were involved in this project for many years. Pastor Douglas Barclay, chief among them, spoke at the event regarding the toll of gun violence. His speech was succinct and powerful. He outlined GHIAA’s commitment to passing a law to prevent future senseless deaths. But, other pragmatic idealists were there as well, including Kristian Kohler, Priscilla Melendez, Daryl Urban, Chris Dion, Carol Stoneman. There were others too. These church leaders worked with rabbis, Imams, Priests to incarnate an idea that God’s people can organize to impact social injustices directly.

When I saw this, I thought, “here is something! This is really something. Finally, the church is doing, acting, incarnating.”  It’s significant because most of the time, the church is good at talking or writing. But, talking about problems or even conversing about solutions is often just that…conversation. But, here, after three years of conversations, interviews, and hopes was the incarnation of the idea of justice.

The results have already shown themselves as three slum landlords have been forced to give up their property, and new owners are already making repairs and improving the living quarters for mothers, fathers, children, and babies. The Hartford City Council voted to address this crisis going forward

So, what do you think? Is pragmatic organizing an expression of the holy?  I think so.