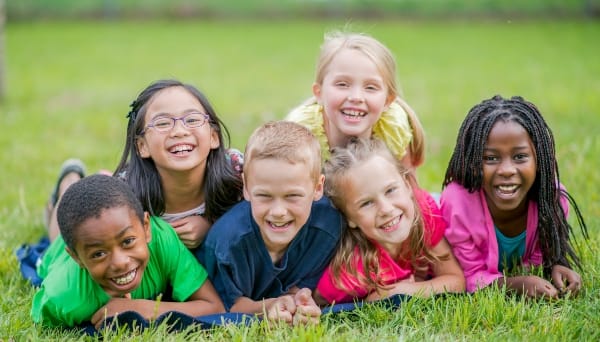 Social capital refers to networks and ties, which deliver support, information and trust for the members. Being part of such a network is your social capital, which in turn can improve health and wellbeing. Andreas Klocke and Sven Stadtmüller from Frankfurt University of Applied Sciences investigated the impact of social capital on the health of children in their developmental process. Researchers aimed to determine whether there was a causal effect of social capital and whether this was consistent across socio-demographic groups.

Health status and behaviours are strongly linked with both wellbeing and quality of life, as documented in worldwide population studies. However, determining how to improve health in individuals and societies is more uncertain. It is questionable whether health is determined solely by income or wealth. Interestingly, research shows that not all wealthy and advanced countries rank at the top of the global league table of happiness. The Scandinavian countries tend to rank highly in this respect. These countries are characterised by a comparatively high level of wealth but also a high level of life expectancy, low levels of corruption and a sense of belonging, which together facilitate greater trust and solidarity. It is likely that the degree of social capital also contributes to this sense of cohesion and connectedness, a concept which has become increasingly studied within the social sciences in recent years.

The concept of social capital became prominent through the work of Putnam and was initially applied to political science pertaining to shared values and local networks. Later, Bourdieu’s work was rediscovered, who addresses social capital on the level of individuals. Today, there is a lack of consensus about how social capital should be defined.

“It is questionable whether health is determined solely
by income or wealth.”

Halpern proposed that social capital exists at three different levels: the micro level (family), the meso level (neighbourhood) and the macro level (nation). The key feature of social capital is its focus on the relationships among individuals. Unlike human capital (which focuses on individual abilities) and economic capital (which refers to possession), social capital addresses the networks and ties, in which individuals are woven. Being a member of a network gives the person an advantage, through obtaining information, support, access and trust. These, in turn, improve life satisfaction and wellbeing.

Three forms of social capital have been defined by Putnam: bonding, bridging and linking. Bonding refers to strong direct links between individuals in a similar socio-demographic and socio-economic or socio-cultural environment. Bridging pertains to comparatively weak horizontal connections between different groups, which originate from a similar social class. Linking refers to vertical links between privileged and less privileged groups.

Although the concept of social capital is widely used in social science research, it has not frequently been used in the study of children. Andreas Klocke and Sven Stadtmüller addressed this gap in the literature by exploring whether an intrapersonal change in social capital affects children’s health status and behaviour over time. They used longitudinal panel-data (long-term data), rather than cross-sectional data, which looks at data at one point in time, so that they could determine if the effect of social capital on health was causal. Researchers also investigated whether the results varied across different socio-demographic groups.

Despite not being commonly studied in children, all three types of social capital are applicable to this group, as long as adjustments are made for different ages. Family ties and friendships (bonding) amongst similar socio-demographic groups are common throughout childhood.

However, children also make connections with those from different backgrounds when they join organisations and associations, such as schools and sports clubs, which is characteristic of bridging. The linking form of social capital is more challenging for children as these are inherently hard to establish and might even have a marginalising effect of those from less privileged backgrounds because children can often decipher different social backgrounds.

When applying social capital in children, it is most useful to consider the concept on the individual level. This is because the other levels are largely unrecognised in this age group. The individualistic approach can be conceptualised with Bourdieu’s definition of social capital, which states: ‘Social capital is the aggregate of the actual or potential resources which are linked to possession of a durable network of more or less institutionalized relationships of mutual acquaintance and recognition.’ For children particularly, the concept can be viewed as a trust-based network, which can be accessed when social support is needed. Children cannot usually change their personal circumstances so they must turn to trusted others, particularly adults.

Based on the established link between social capital and health in adults, a similar relationship might be expected to exist in children. This was the focus of the work of Andreas Klocke and Sven Stadtmüller, who made three predictions with regard to this relationship. The first is that children with a high amount of social capital show a better health status and health behaviour. Secondly, researchers hypothesised that children who gain more social capital over time should see significantly improved health. The third prediction was that social capital is a causal protective factor in the health development of children, which holds true across different socio-demographic groups.

Klocke and Stadtmüller used three indicators to measure social capital in children, which were the quality of relationship to parents, quality of school climate and quality of the neighbourhood. These elements were selected because they were felt to be most strongly linked with trust in children. In childhood and adolescence, individuals usually gain trust and support from their parents and thus this relationship is of high importance. School is also highly significant for children because it is where they spend most of their day and involves a high amount of socialisation. The quality of the school environment was measured by relying on the perceived relationships with other pupils (mutual trust). The third element considered important was the quality of the immediate neighbourhood because it concerns security. Health was determined by asking children to rate their general health on a five-point scale. They were also asked about sleep, concentration levels, perceived fitness and wellbeing, and consumption of soft drinks and vegetables. Socio-demographic status was assessed by adopting the Family Affluence Scale, asking about family cars, holidays, whether they had their own bedroom and whether there were books at home.

Social capital in the health of children

Researchers found that social capital was associated with better health status, as indicated by higher perceived fitness and wellbeing levels and greater consumption of vegetables. In addition, higher social capital was linked with less likelihood of sleep difficulties, fewer problems with concentration and reduced consumption of soft drinks. With the exception of soft drink consumption, social capital was a greater predictor than family affluence on health. Overall, the amount of social capital was highly associated with health status, mental health and health behaviour, with the greatest effect for the different features of mental health (sleep and concentration, perceived fitness and wellbeing) and smallest for physical health behaviour (drinking soft drinks and eating vegetables).

“Children cannot usually change their personal circumstances so they must turn to trusted others, particularly adults.”

The study also found that a change in social capital was significantly associated with the health and health behaviour of a child. Greater social capital over time was linked with increased perceived fitness and wellbeing, fewer problems with concentration, a reduced likelihood of sleep difficulties, higher vegetable consumption and improved health status. These results held true regardless of family affluence or background, demonstrating that social capital is a much greater predictor of health than socio-demographic status and this holds true over time. In addition, all three components of social capital (quality of relationship to parents, quality of school climate and quality of neighbourhood) were equally important in predicting health in children.

Klocke and Stadtmüller have demonstrated that social capital is a powerful tool in the analysis of health and health behaviour in childhood. This is especially true as children are in the process of growing up. The research findings highlighted that an intrapersonal change in social capital over time has a significant effect on the health and health behaviour of an individual. Social capital can thus be conceptualised as a causal factor affecting health development in children, which operates independently of socio-demographic status. In order to improve the health of children in both the short and long term, it is thus important to establish and maintain social networks and resources (social capital) rather than merely providing financial assistance.

Does the relationship between social capital in children and health appear to be linear or is there a cut-off point whereby health benefits are maximised?

No, there is no threshold which we have to overjump before we see a positive effect of social capital on the health development of children. All improvements in social capital are powerful. Furthermore, all socio-demographic groups are benefitting from a higher volume of social capital, which makes it applicable to general health-promoting programs.

A version of this post was previously published on researchoutreach.org and is republished here with a Creative Commons Licence.