Recent controversies around the methods of the now defunct Child, Youth and Family Gender Identity Clinic unfortunately reveal that that the acceptance of those who demonstrate the full expanse of this spectrum has by no means come. 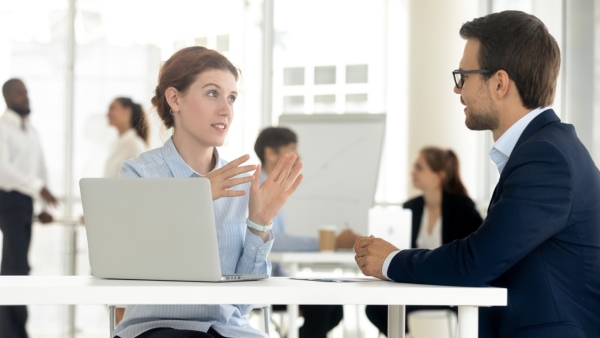 By Beth A. Robertson

This past December, Toronto’s Centre for Addiction and Mental Health (CAMH) announced that it was closing its Child, Youth and Family Gender Identity Clinic. The announcement came after two independent reviews were released, deeming the approach of psychologist Dr. Kenneth Zucker, founder and then head of the clinic, as out of step with current medical approaches to gender identity in children.

The transgender community welcomed the announcement, who had long been concerned with Zucker’s methods since he established the clinic in 1975. Numerous reports from adults who were once treated by Zucker claimed that the prominent psychologist actively tried to “prevent kids from growing up to identify as trans”. Japhy Grant, a journalist with Queerty, stated in 2009 that Zucker was “Public Enemy Number One to transgenders” insisting that he essentially treated transgender children as though they had a mental disorder that needed to be cured. Other have argued that his techniques were akin to reparative therapy. It was just these reports that eventually influenced the CAMH to seek an independent review of the clinic in the first place.

Dr. Kenneth Zucker has argued that changing or re-directing children’s non-conforming gender and sexuality is beneficial because the behaviours and emotions associated with such identities will ultimately lead to “unnecessary social difficulties” in a “basically unaccepting culture.”[1] His approach to children and youth who fail to meet specific cisgender and heterosexual criteria thus aims to “force children to change, rather than working to change a homophobic culture” as Brynn Tannehill from the Huffington Post describes.

This method of “fixing” gender and sexuality largely originated out of sexology discourses over the early twentieth century, with the development of diagnostic categories like “gender identity disorder” or “gender disphoria”. [2] Treating gender and sexual diversity as an illness gained momentum during the Cold War period, which witnessed an array of anxieties over the heterosexual family and the subsequent “vilification of homosexuals” or anyone else deemed beyond an inflexible ideal of the monogamous nuclear family.[3]

Importantly, however, the historical roots of such interventions also coincided with alternative narratives of gender and sexuality. The monumental studies of Alfred Kinsey, Sexual Behaviour in the Human Male (1948) and Sexual Behaviour in the Human Female (1953) challenged the assumption that sexuality and gender were static categories. Kinsey and his colleagues replaced such categories with a seven point Kinsey scale that represented a range of different behaviours, emotions, interpersonal relations and attractions that individuals could feasibly experience.[4] Kinsey himself fervently argued that gender and sexuality were not fixed. A supposedly “normal” or for, that matter, “abnormal” expression of gender and sexuality, was therefore “nothing more than a position on a curve which is continuous.”[5] Prominent figures like Christine Jorgensen also came to the attention of the public at this time to spur on debates about male and female binaries. Individuals who felt they were wrongly assigned to a specific gender had existed before this moment, at times prompting sexologists like Magnus Hirschfeld to conduct what was then termed “sex change operations”.[6] Yet especially after Jorgensen’s public debut in 1952, the visibility of people who did not conform to rigid models of gender in North America grew exponentially.[7]

These historical events and others gave rise to the conviction that gender and sexuality were not a set of stable categories, either normal to abnormal, but a spectrum—an idea that has not been left unchallenged. Nevertheless, it seems as if this conception of sexuality and gender has now become mainstream. Online resources like genderspectrum, the popularity of gifted Canadian artists like Rae Spoon, as well as the ongoing efforts by trans activists to archive their histories and raise awareness might make one think that we finally understand just how expansive gender and sexuality can be. Or do we?

Recent controversies around the methods of the now defunct Child, Youth and Family Gender Identity Clinic unfortunately reveal that that the acceptance of those who demonstrate the full expanse of this spectrum has by no means come. And let us not forget the Ottawa mural for murdered transgender women of colour that was vandalized just this past September, showing once again that non-acceptance can quite easily lead to threats and violence. While attention to the needs of the trans community are most definitely growing through innovative research projects and public awareness campaigns, it would seem as a Canadian society we still struggle with the spectrum that is gender and sexuality.