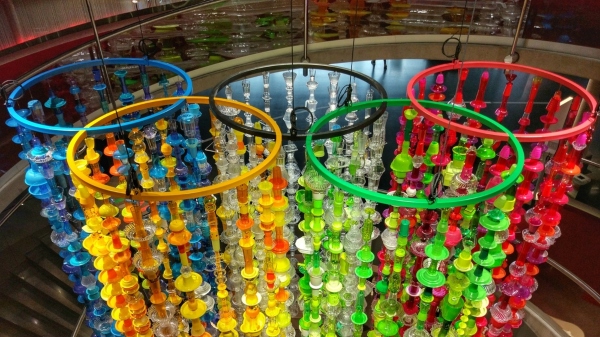 “Two key insights are, first, that non-state sovereign entrepreneurs (NSEs) already have formed non-territorial sovereign organizations (NSOs) – sometimes in embryonic or hybrid form that share authority with state sovereigns – and, second, that NSOs are neither just non-governmental organizations (NGOs) nor sovereign states. Instead, like states, NSOs are invested with authority and exercise supremacy, but, like NGOs, are without defined territory. A striking commercial example of an NSO providing effective global governance is given by ICANN, the Internet Corporation for Assigned Names and Numbers. A private non-profit public-benefit corporation, ICANN’s mission is “to coordinate, at the overall level, the global Internet’s systems of unique identifiers and in particular to ensure the stable and secure operation of the Internet’s unique identifier systems”. ICANN’s scope of activity is global, acting as the ultimate rule making body in designing and assigning Internet domain names, a task that is vital to Internet stability. Governments have no direct decision making powers in ICANN.

Within this NSO, the private corporation takes on the role of state sovereigns, while state sovereigns participate only through non-voting observer status, the exact inverse of the way the state-centric system works. Yet the rules of ICANN are just as enforceable on the states as are the rules of state-based governance organizations like the International Telecommunications Union (which handles the telephone but not the Internet networks). The majority of ICANN’s board members are selected by a Nominating Committee which seeks “to ensure that the ICANN Board is composed of members who in the aggregate display diversity in geography, culture, skills, experience, and perspective”. Criteria of nationality and statehood are excluded deliberately.

NSOs are unlike civil or commercial society NGOs. The latter are subsumed under and subject to the state, or to multistate organizations formed by sovereign states. NGOs possess neither rule-making authority nor supremacy to exercise enforcement, often seeing their roles as limited to influencing, advocating and campaigning. For example, Amnesty International and international business associations are influential global civil and commercial society actors, but unlike NSOs they have neither a broadly legitimating source from which they derive rule-making and rule-enforcing authority nor supremacy over their issue domain. Crucially, however, unlike sovereign states, both NGOs and NSOs are non-territorial, and indeed often trans-boundary global, organizations. Unlike states, NSOs are not beholden to location specific parochial interests.

Apart from religions and ICANN, other potential NSO examples include the International Organization for Standardization, the International Chamber of Commerce, the International Accounting Standards Board, the Fédération Internationale de Football Association, the Olympic Movement, the Kimberley Process Certification Scheme, and – certainly at its inception- the International Committee of the Red Cross, which within a year of its formation in 1863, was instrumental in getting states to agree the First Geneva Convention, effectively “outsourcing” rule-making and enforcement to subsidiary state bodies. More recently, FIFA credibly warned sovereign states such as Chad, Peru and Poland to change official state behavior with respect to the national football associations, and the ISO, a private, non-profit organization, successfully manages to co-opt states to endorse and adopt its many industrial, management and other standards.

The ubiquitous symbol of the Olympic Movement – five multicolored, interlocking rings – represents the unity of diverse peoples of different lands, rather than subjects of different states. Like the Red Cross, the Olympic Movement was formed as a distinct counterpoint to warring sovereign states and the destruction they wrought. States compete to remain in the good favour with the Olympic Movement, just as states aspire to that new symbol of statehood – a domain name granted by ICANN and ISO. The Kimberley Process Certification Scheme to supervise the flow of conflict diamonds is an example, albeit imperfect, of the kind of rebalanced tripartite arrangement among political, civil, and commercial society – an inclusive governance network (IGN) – that we suggest has become necessary to deal with global governance problems today.

Like states, all NSOs assert authority and exercise supremacy over their issue domain as they see fit. (The issue domain becomes the “equivalent” of physical domain, or territory.) Their relative success may stem, in part, from a choice by states not to contest the rise of NSOs. Be that as it may, at a minimum their existence suggests that in cases where state sovereigns are unwilling and/or unable to see after their self-acknowledged responsibilities within and across territories, the establishment of non-territorial sovereign organizations through the efforts of what effectively are non-state sovereign entrepreneurs such as Pierre de Coubertin (Olympic Movement) and Henry Durant (Red Cross) may constitute a hitherto unrecognized way – a genuine social science discovery – by which to create alternative, complementary, and/or parallel non-territorial structures and institutions that effectively, efficiently, and reliably address some of the state-based governance failures that afflict our world today.”

Previously published on p2pfoundation.net and is republished here under a Creative Commons license.
—