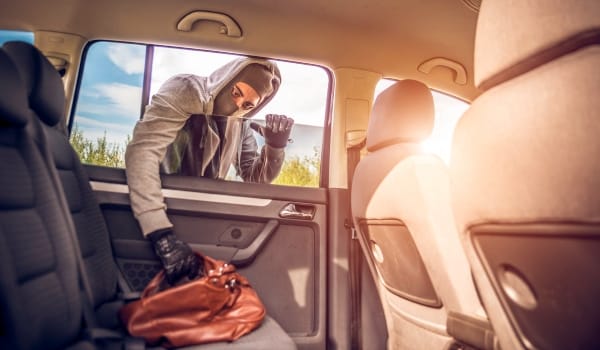 —
The sullen, resentful, rebellious teenager is a figure so universal in our culture as to have become a cliché. Whether it takes the form of a brooding, barely-controlled rage, or explodes outward as violence, or turns inward as depression, anger is a near-universal characteristic of modern youth. What we hesitate to acknowledge, though, is that this anger is well-founded. It is not some passing immaturity. Young people are angry about something, something real, and if we pay that anger heed, and trace it to its source, we will find there a clue to what has gone wrong with our world. Better yet, we will also discover a path toward the world’s healing.

On one level, the anger of youth stems from that cardinal characteristic of adolescence, idealism. Idealism is the belief that a more beautiful world is possible, and not only possible, but attainable. It is the conviction that we need not settle for the lesser world in which we find ourselves.

Allied to idealism is its interior reflection: a sense of our own individual magnificence. This is the feeling, “I am in this world to do amazing things.” It is the knowledge that we are divine beings here for a divine purpose—nothing less than to participate in the creating of that more beautiful world of our idealistic intuitions.

When these beliefs are denied or betrayed, outrage is the inevitable result. Essentially, we are told No! A more beautiful world is not possible. Things are just as they should be. It is foolish to dream of more. This is the way it is done. This is the way of the world. Get used to it. That’s what my fourth-grade math teacher told me when I complained of boredom doing pages of long division, “You’re going to be bored a lot in life, so you’d better get used to it.” From this perspective, schooling that is a dull routine, beholden to petty authority, motivated by trivial external rewards, defined by fixed schedules, and filled with meaningless assignments is actually good—salutary practice for the “real world”.

The teenager’s rage builds up over years. The fourth grader, gazing out the window, looking at the clock, waiting for that half-hour of freedom at recess, sneaking some social time into the margins of the schoolday. The 12-year-old, looking out on a vast world into which he is never allowed unsupervised or unscheduled, too busy to play. The high school student, scrambling under the pressure to excel, disciplining herself to stick with the grind. The first-grader, sulking on the “time-out bench”, humiliated but still defiant. Children made to feel ashamed of themselves by parents, principals, churches and teachers. Made to shrink into something less. Made to shy away from the wide wide world. Be small. Be practical. Lower your expectations.

Yet after 15 or so years of spirit-breaking, something in the teenager still resists. Unable to articulate what is wrong, the teenager rebels in whatever way he can. Anticipating this, the spirit-wrecking Machine turns this rebellion toward its own purposes. Set off a smoke bomb in the bathroom, get caught, and learn the lesson, “You can change nothing. Resistance is futile.” Or the rebellion is diverted toward harmless avenues of expression that pose no threat to the system—listening to loud music, using profane language, getting tattoos and piercings.

The anger of the teenager is the indignation of the dispossessed. The Great Robbery is first and foremost the pillage of their childhood. Childhood is supposed to be a realm of exploration in which we discover our passions, our selves, our life purpose. What we get instead is enslavement to schedules and obligations. Childhood is supposed to be a time of play. And what is play? Play is something far different from what we, in a degenerate age, call fun—the consumption of entertainment. Play is supposed to be nothing less than practice in creating the world. Its highest expression is “deep play”, the kind which unfolds over days and weeks. In deep play, children create entire worlds of the imagination, in which toys are but props. In so doing, they prepare themselves for an adulthood empowered in the divine function of world-creation.

One way we rob children of play is by taking away the time and space for creating worlds of the imagination, and filling their lives instead with pre-programmed activities, prefabricated worlds through which they proceed as instructed, step by step. Video games are a prime example. Here, a world is already created by software programmers. The children merely walk through it. The same goes for television—no imagination is necessary on the child’s part, because it has already been done in the TV studio. The same as well for organized, supervised sports. This kind of childhood is preparation for a very different adulthood than that of the empowered world-creator. It is an adulthood bound to live a preprogrammed life, a life handed one, a life not one’s own. This is how we are robbed of our potential for magnificence.

An equally grave loss is the loss of our passion and purpose. Bereft of the chance to explore our inner world, we grow up not truly knowing what we love or what we want to make of our lives. In the absence of a passion, we easily accept the range of available substitutes. I might as well be an engineer. Maybe I’ll major in finance. That might be okay. I’ll get a good job at least. Ask someone thus dispossessed what they really love, what makes their heart sing, and they won’t even know.

If you accept that the purpose of life is indeed merely to get by, to survive, to get a secure job with benefits, get married, have kids, retire securely, grow old and die, then perhaps this result isn’t so tragic. But if the adolescent intuition is true, that we are indeed here on earth for a magnificent purpose, then the cutoff from our passion is a terrible crime. Before you read any further, decide which alternative you believe. What does your heart tell you?

I think the spirit of youth never actually dies, but lies dormant in even the most hardened, controlled, uptight adult. That spirit will never be satisfied with a life handed on down by the impersonal forces the drive our society. Its dissatisfaction manifests as an omnipresent discontent, a feeling of emptiness that the rewards of doing-as-you-are-told—status, material possessions, etc.—can never fill.

If you are in the place of disconnection from your true self, true passion, true reason for being on this earth, don’t despair. Well, actually, do despair. Despair, or more precisely depression, is often the first step toward discovering true life. In order to discover the right life, it is first necessary to withdraw from the wrong life. This necessity drives many of the supposed character flaws common to teenagers. Laziness, procrastination, apathy are all different permutations of the urge to withdraw. They are a covert way of saying NO! when more overt rebellion is impossible, or demands too great a leap of courage. In the American South the slaves, unable to rebel outright, instead pretended to be lazy and stupid, in many cases coming to believe in their own pretense. Teenagers often do the same thing. Stupidity is a kind of protection. But—and I don’t care who you are—you are not stupid. Never believe that.

Oftentimes, laziness and apathy are insufficient to withstand the pressure to perform. Applying willpower and self-discipline, threatening ourselves with the inner voice of shame and guilt, enticing ourselves with external rewards like grades, status, and approval, we overcome the urge to blow it all off. We think of ways to make ourselves live the lives expected of us. In this case the rebellion of the soul manifests even more deeply, for example as clinical depression, anxiety disorder, disease, or suicide.

The defining feature of depression is a kind of paralysis, which is precisely the withdrawal from the wrong life I have been talking about. It could be the wrong job, wrong relationship, or something else, but essentially it represents the soul’s rebellion against circumstances that the conscious mind believes cannot be changed. “No!” says the soul. “I’d rather not get out of bed!” Psychiatric medications can quiet this voice for a while, but even if successful they only end up transforming it into another form of refusal.

That deepest, truest part of ourselves, that I refer to as the soul, or the spirit of youth, will always think of a way to eventually bring us into the space of emptiness that is necessary for the discovery of our true self and life purpose. Disease is one avenue. Cancer in particular represents the somatization of a kind of self-betrayal, in which cells forget their proper function and usurp the body’s resources for their own unlimited growth. Psychologically, the counterpart of these renegade cells is the security-obsessed ego, consuming all our gifts for the dead-end goals of security in all its guises: wealth, status, power, and so on. And if death is the result, so be it. Better to die than to live the wrong life. So goes the logic of the soul.

This is also the logic that propels the tremendous rise in the youth suicide rate. When every other avenue of refusal has been cut off, the teenager is trapped. Self-destruction is seen as the only option. The escalating regime of control imposed by parents and schools, with the aid of surveillance technology, psychological manipulation, and psychiatric drugs, makes suicide all the more likely. And the antidote is to empower young people—and the spirit of youth in all of us—to discover another way out. To say, “Life is just fine, it is you who has the problem” is incredibly disempowering. But that is the implicit message in the regime of medication and control.

Here is the right message—and it applies equally to the suicidal teenager as well as to the commonly resentful. The message is that what you have always secretly suspected is true. The world is not supposed to be like this. Your intuitions of something more beautiful are valid. You are meant for an amazing, divine purpose. You are brilliant, possessed of unique gifts just waiting to be discovered. And—very important—anyone who tells you otherwise is lying. Worse than lying, they are stealing from you. Much has been stolen already, but there is one thing no one can ever steal (though you might put it aside, temporarily) and that is your soul knowledge of the message I have just related. What’s more, it is possible to recover all that has been lost. It might take time, but no one is a helpless victim. All we need is to reconnect with the power we already have. It is the power, first and foremost, to say no. You have been exercising that power all along, in fact, but when you begin to see the source of the betrayal, when you begin to see through the lies that construct the lesser life and lesser world that most of us have grudgingly accepted, then that power is multiplied a thousandfold. You have the power to withdraw, not through the unconscious mechanisms of laziness, depression or suicide, but consciously, mindfully. And then, in the empty space that you create for yourself, begin to play. Begin to do what you enjoy, without having to justify it to anyone. From this starting point you will discover meaning, passion, and life, and you will become indomitable.

This post was previously published on charleseisenstein.org and is republished here under a Creative Commons license.