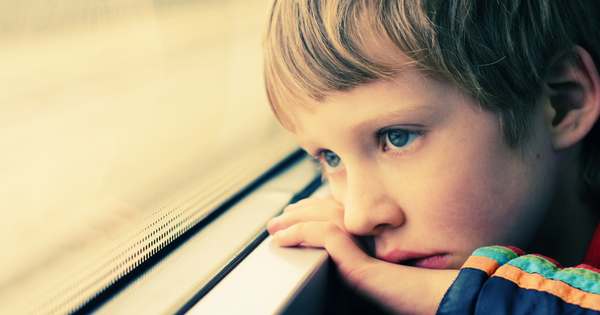 It was in mid-December, 1977 when George phoned my sister and I to wish us a Merry Christmas. We shared a single receiver, our heads pressed together at the temples so we could listen and talk at the same time.

“Just this morning,” he said. “I packed a box of toys for the two of you, and instructed your mother to make sure they’re under the tree on Christmas morning.” He talked like a field marshal. At the time, George was living on the other side of the state; we hadn’t seen or heard from him for over a year. So we were thrilled simply to hear his voice.

Long-distance phone calls were expensive back in those days, so it was a brief conversation. “I gotta run. I promise to call you on Christmas morning,” he said. “I want to hear you open the presents.”

Holy shit, we were excited! Imaginations filled with all sorts of cool stuff that must be in a box of toys. A whole effing box! Stretch Armstrong. Pong. Roller Skates. Or maybe a record player. Are you kidding me?! A whole box of toys! We talked about it. We thought about it. It became a mental Advent calendar that my sister and I opened every day until Christmas morning.

The box never arrived. He didn’t call. I don’t know if it was from guilt, embarrassment or something else, but I didn’t hear from him again for ten years. He made no attempt.

George was 76 and he was my father. This morning, he died.

We all know that cancer is an asshole. It nearly always wins. Just not this time.

Not with George. Eighteen months after picking a fight with lung cancer, my father died in a car accident along rural US-54 in Missouri. He wasn’t wearing a seatbelt.

All that he left us “kids” was a wad of cash, a wallet full of pictures, and a paucity of memories.

So here I am, flooded with all sorts of stories. Most of them old. Really old. None of them positive.

There was the time I fell asleep in his truck outside of a bar once in Pennsylvania, waiting for him to have a quick beer … or two. I was three or four years old. I actually don’t remember how long I waited, but by the time we got home it was dark and mom was pissed. She yelled, and he turned around and went back out.

Role models are hard to come by these days. I guess they were back then too.

As the years passed, we weren’t all that close – “close enough” I’d guess. It was a hedge just in case he totally transformed himself. I had given up on my father and let him back in so many times it was hard to keep track of his status. He went from “dada” to “daddy” to “dad” and eventually to George, which is what he will now be to me … forever.

He was father in title only. He hadn’t, and never did, earn it. At least not with me.

When I first learned I’d be a father, I was thrilled. Also, worried. How could I possibly become a dad if I didn’t have one?

It wasn’t that I didn’t have any role models or any support. My grandfather was a mentor for me in many ways and so was my father-in-law. They cast long shadows of what being a man meant – they served their country and they served their families with equal resolve.

With the start I had, I’ve never seen traits as gender-specific.

I modeled women too. Really, when you think about it, I was fortunate that I had within easy grasp a mother, grandmothers, my sister, aunts, and teachers who willingly gifted their intelligence and compassion. Not everyone has that.

The most important person has been my wife, who, since we got married more than 20 years ago, has been my Polaris. She is and has been vital to both me and our boys, showing us all how to be empathetic and strong, assertive and resilient.

Ironically, I believe most of us learn about ourselves, our true selves, from the outside in.

Boys and girls, men and women learn from characters and stories. Protagonists and antagonists. All of it from the outside in, till eventually, we become what was always inside us. The morals we absorb are the ones that are reflected from those outside.

From an early age, I viewed father-figures and men in power with skepticism. That provided me with a reason to cobble together my very own model of masculinity. I wasn’t locked into becoming a mirror image of my father. No mini-anyone. I could see myself as the protagonist on a hero’s journey.

Having gone to Troy and back, I endeavor to give my sons context. Don’t believe everything you read. Don’t assume a title warrants extraordinary rights. No means no.

Yet these are crazy times. Everything is amplified. The way we laud people, especially men of continental egos, should cause all of us to question whether we collectively still believe in miracles, saviors and superheroes.

NBC tried to bury the story on Weinstein. Paterno ignored the rumors about Sandusky. USA Gymnastics stuck up for Larry Nassar. Judge Persky softened the landing for Brock Turner. The Catholic Church relocated known pedophiles – hundreds or even thousands of them.

My father was just a regular dude. Not a man of power, yet he too put more stock in the title of father than in the responsibility of dad. Of course I know that power is relative. You don’t have to be famous to manipulate or coerce. Gaslighting can be done on the cheap.

The reality was that my father wasn’t someone to model or admire. He just wasn’t. I know that sounds awful given that he just died. Look. I rooted for the guy. I wanted to see him finally figure it out. I wanted him to rise to the occasion, time and time again.

I don’t believe he was evil or a bad person.He was intelligent and hustled, but couldn’t ever seem to pull all the pieces together. He never connected actions to consequences. Never seemed to get that being a leader means putting others first.

Sons inherit stories from their fathers.

When I was little, I hated the idea of being alone to figure it out. I didn’t want to write my own stories. I didn’t want to make my own. I really wanted someone to show me how to walk through the world with strength and confidence. I wanted to feel safe, that my path was blazed.

In the absence of fathers’ stories, boys make them up, moms step in, families and friends rally. This too was something my young self didn’t understand or appreciate but was nonetheless true. Nature abhors a vacuum.

Since then, and methodically over the years, I began stealing the components of men (and women) that I felt would make me the complete husband, brother, father, and friend I felt I needed to become. I couldn’t wallow. I wouldn’t.

It took a long time to see the silver lining of not having a dad. Eventually, I realized that without one, I had a rare opportunity. No strings, no obligations, and no carryovers, I was Adam, freed from the Garden. I had the liberty to create me. Something that better matched the times in which I lived, and the person I have become.

Sometimes that worked in my favor; sometimes it didn’t. I made mistakes. Sometimes I created a version of myself that was unmoored, irresponsible, and unlikeable. Yet with each iteration, I learned. Sometimes.

Stories are a universal thread that connects us all – defines right from wrong, establishes a sense of duty, instills compassion, celebrates courage, and rewards authenticity.

So who are the characters of our stories? Trump, Clinton, and Pope Francis? All epic #metoo malefactors who’ve been named Time’s “Person of the Year.” Harvey Weinstein, Kevin Spacey, and John Lasseter? Creepy predators with Academy Awards. Matt Lauer, Charlie Rose, and Bill O’Reilly? Self-righteous men who used others’ ambition and goals to serve themselves.

They don’t look or sound like heroes worthy of magazine covers or awards. We should expect more.

When I was assembling my own pieces of masculinity, creating my version of my best and true self, I found lots to work with. Surprisingly, very little came from men of fame or fortune.

When you’re trying to eke out your own character from scraps, you discover there’s stuff everywhere, if you look hard enough. Despite all the negatives floating around these days, there are a lot of men who are putting their families first—guys who take responsibility and leadership seriously. Even back in the seventies and eighties. Those kinds of men are eternal. Men who never make headlines and who leave a powerful mark nonetheless.

It was only a few weeks before George died that we met over breakfast at a “diner-in-a-gas-station” in Lamar, Missouri. It was a neutral place for us to reacquaint. My sister set it up. It had been almost fifteen years since I last spoke to George. A few more than that since I last saw him face-to-face. Despite the estrangement or because of it, we had just enough common ground, so that the discussion flowed.

At a lull in the conversation, he removed something from his wallet. Who’s this, he asked holding a picture over the table? It was pure show. He knew I knew who it was. It was me. Ironically, he seemed proud. My second-grade school picture. In it, I was narrow shoulders, toothy with a lopsided bowl haircut courtesy of my mother.

The picture was frayed and flaked on one side, but the image was true. I asked him how long he’d had that with him. Ever since 1977, he said, it’s always been in my wallet. Again, pride.

That picture belied the pain the little seven-year-old me was enduring. I felt like the divorce was somehow my fault and that there was something unlovable about me. After many years of suffering, I eventually saw it differently.

What George didn’t know though, and I’d forgotten, is that the last school picture I sent him was the one he held in his hand. In those few seconds he held that picture in front of my face, before we passed the syrup and talked about the weather, my throat swelled. What he’d just reminded me was that 1977 was the year I stopped believing in heroes. In 1977, I still believed in Santa Claus. Just not my own father.

I’ve always had a strong memory. An elephant, my grandmother used to call me. Yet, bad memories don’t automatically underwrite grudges.

Following that breakfast, I decided that I would return in the fall and we could meet again. I would introduce him to my sons. Invest some time. Reputation is granite, millions of years to create, unfixable once broken. Still, I thought connecting with George could be something other than granite. At this stage of my life, I don’t need a dad. Not now. Never again. Maybe this could be something different altogether.

As of this morning, however, he is gone.