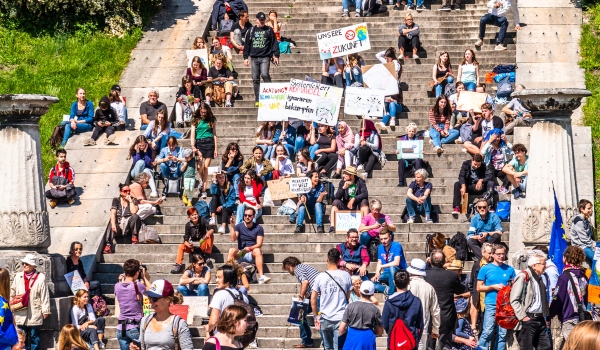 A sharply divided panel of three federal judges on Jan. 17 dismissed a high-profile climate lawsuit brought on behalf of 21 young people against the federal government.

The Ninth Circuit Federal Court of Appeals’ ruling accepted with unusual bluntness that the federal government’s climate policies may pose “clear and present danger” capable of destroying the nation, but said it’s up to the federal government and Congress, not the U.S. courts, to do something about it.

The three judges agreed that the young plaintiffs have constitutional rights to a stable climate system, but judges Andrew D. Hurwitz and Mary H. Murguia said that courts have no role in bringing that about. Likely remedies would involve changes in transportation and energy policies, along with public lands management.

Lawyers for the youth plaintiffs in Juliana v. United States said that they aren’t giving up. They plan to petition the full court of 29 active Ninth Circuit court judges to review the case.

As environmental law professors, we often write and teach students about this groundbreaking case. In our view, this case is important not only because it seeks to force the federal government to phase out fossil fuels, but also because it frames the climate crisis in terms of fundamental constitutional rights.

The lawsuit challenges U.S. energy policies, which the plaintiffs allege have destabilized the climate system and jeopardize human life, private property and “civilization” itself.

The case, filed in 2015, originally took aim at the Obama administration and now targets the Trump administration. It accuses government defendants of promoting fossil fuels for decades with “deliberate indifference to the peril they knowingly created.”

The young plaintiffs alleged a host of individual harms from climate disruption, including damage from fires, floods, sea level rise and ocean warming that affects fisheries.

The case has surmounted big hurdles before.

The youth won a landmark victory in 2016 in the District Court of Oregon when Judge Ann Aiken ruled that the plaintiffs had a constitutional right to a “climate system capable of sustaining human life,” grounded in the due process clause of the Constitution and the public trust doctrine, a principle with ancient roots requiring government to hold and protect essential resources as a sustaining endowment for citizens, in the present and the future.

A trial scheduled for Oct. 29, 2018, would have marked a first. Had it gone forward, the courts would have appraised the dangers U.S. fossil fuel policies pose, based on objective climate science.

But federal lawyers won an early appeal to the Ninth Circuit, which led first to a delay and subsequently this dismissal. 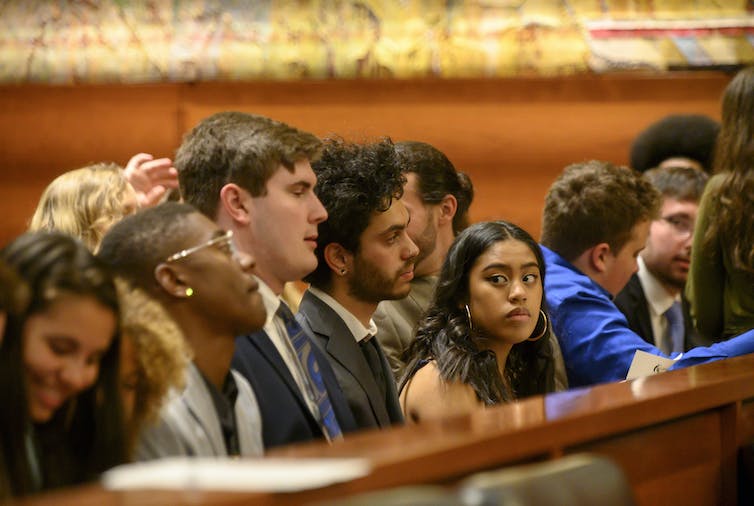 Will they ever get their day in court?
Robin Loznak/Pool Photo via AP

‘On the Eve of Destruction’

The three judges did agree on something: The federal government’s promotion of fossil fuel use is pushing the nation toward collapse.

Quoting the 1960s-era protest song “Eve of Destruction,” Judge Hurwitz, writing for himself and Judge Murguia, blamed the federal government for long knowing that fossil fuels can cause “catastrophic climate change.” He warned that the policies now in place may hasten “environmental apocalypse” – burying cities, unleashing life-threatening disasters and jeopardizing crucial food and water sources.

The majority offered no hope that political leaders would respond in time.

Observing that atmospheric carbon dioxide levels have “skyrocketed to levels not seen for almost 3 million years,” and the U.S. is expanding oil and gas extraction four times faster than that of any other nation – growth that “shows no signs of abating” – Hurwitz wrote the problem is “approaching the point of no return.”

“It is as if an asteroid were barreling toward Earth and the government decided to shut down our only defenses. The government bluntly insists that it has the absolute and unreviewable power to destroy the Nation. My colleagues throw up their hands.”

The role of the court

There was some good news for plaintiffs in the decision. The court would have found sufficient injury and causation, both needed to grant judicial review, but it was troubled with the court’s role in providing a climate remedy.

The Founders gave an independent judiciary the responsibility of preventing the other branches from trammeling fundamental liberties of citizens. As the window of opportunity to avert climate disaster closes, checks and balances in government matter more than ever before.

The Supreme Court of the Netherlands, in December 2019, rejected the argument that the Juliana majority endorsed. That court found that the judicial branch may require the political branches to act, ordering a 25% reduction in emissions from 1990 levels by the end of 2020.

Brown as a precedent

The divided Juliana panel fundamentally disagreed on courts’ ability to provide a remedy.

The plaintiffs ask for a court-supervised federal plan to shrink the nation’s carbon footprint at a rate necessary to stave off disastrous levels of climate change. They draw a parallel with ending official school segregation after the Supreme Court’s landmark Brown v. Board of Education ruling in 1954.

In that case, the Supreme Court found public school segregation to be unconstitutional. The justices also recognized that their decision – intended to protect the rights of all children to public education – would require courts to supervise detailed and complex remedial action by school authorities.

The Juliana majority believed judicial supervision would mire the courts in protracted and complex policy issues. Had the courts invoked that logic in the 1950s, the Supreme Court might never have handed down its Brown ruling, which ordered public school desegregation “with all deliberate speed.”

The Juliana plaintiffs had also filed an urgent motion in the Ninth Circuit for an injunction to block several classes of fossil fuel projects the Trump administration was poised to deploy. An injunction could have pulled an emergency brake on U.S. fossil fuel emissions, but the majority swept away the request in a footnote – with no discussion.

The youth will ask the Ninth Circuit for full review. If granted, a panel of 11 judges will have an opportunity to reverse or affirm the panel’s decision to dismiss the case. The court allows this step, known as an “en banc” review, in very few cases. A majority of judges on the 29-member court would have to vote to accept the case.

The Juliana plaintiffs may defy these slim odds. As Staton observed, the urgency and danger of the climate crisis puts this case in a “category of one.”

This landmark case may also receive further review because of its sweeping implications for the courts’ ability to provide redress for constitutional violations.

No matter what the outcome of the youths’ long-shot appeal to the full court, the losing party will likely seek review by the U.S. Supreme Court.

While the legal destiny of this case remains uncertain, the recent majority opinion, paired with the dissent, may sharpen awareness of what is at stake.

Vivid descriptions of climate catastrophe in both opinions define an inescapable moment of truth for the destiny of the United States – in Staton’s words, “an existential crisis to the country’s perpetuity.”

Her dissent presses judges deciding climate cases to choose a side of history, asking: “When the seas envelop our coastal cities, fires and droughts haunt our interiors, and storms ravage everything between, those remaining will ask: Why did so many do so little?”

The 29 federal judges who sit on the Ninth Circuit Court of Appeals will have to answer that question when they decide whether to keep this case alive.