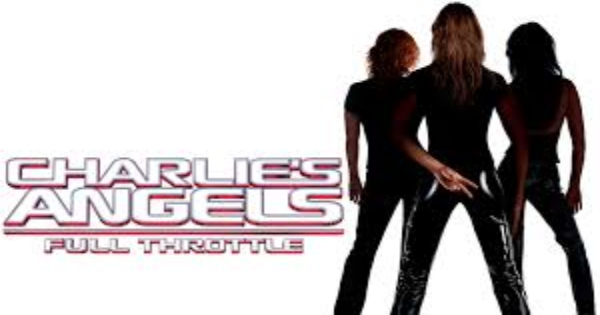 I enjoyed the first Charlie’s Angels movie. It had a talented cast, a good mix of comedy and action, and some nice fight scenes. There were also a few surprises as the story moved forward. I never saw Charlie’s Angels: Full Throttle before but when I heard it was coming out on Blu-Ray I decided to check it out. I was able to get a review copy and here is what I thought of this sequel.

You can read the plot for Charlie’s Angels Full Throttle here:

The Angels are ready to go undercover to retrieve two missing silver wedding bands containing valuable encrypted information — the new identities of every person in the Federal Witness Protection Program. When witnesses start to turn up dead, only the Angels can stop the perpetrator by using their expertise as masters of disguise, espionage, and martial arts.

I wasn’t that impressed with this sequel. For starters this film felt too much like a carbon copy of the first one. As this sequel moved along it was painfully obvious what was going to happen next. Although I like Bernie Mac as an actor, I thought he wasn’t a good fit for Bosley. Bringing back Thin Man was also kind of odd, and too many times they just dragged the plot down. Some people might like this movie but I wouldn’t recommend seeing it.

Charlie’s Angels: Full Throttle is available now on Blu-Ray and DVD. You can follow this movie on Facebook.