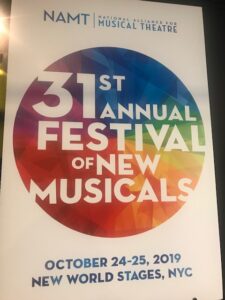 This was my first experience attending the Festival of New Musicals, and both as a theatre producer and musicals enthusiast, it was a thrill to have the opportunity to see new musicals in the works and to hear from creative teams.  It takes a village to bring a show to fruition, and to see talents pursuing their passion and endeavoring to create new works of cultural art was a true treat and inspiration.

A total of 8 shows were represented at the bustling festival that took place on Thursday, October 24 and Friday, October 25, 2019 at New World Stages (340 West 50th Street, between 8th and 9th Avenues).  Each presentation featured 45 minutes from the production, and The Songwriters Showcase featured very brief presentations from four stylistically varied musicals, including an opportunity to see the creatives interviewed.  There were also Midday Cabarets and a closing cocktail party. 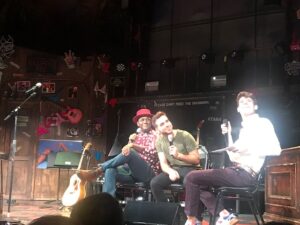 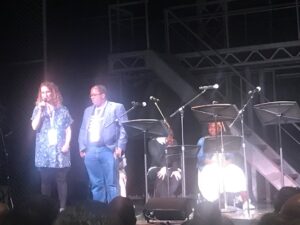 NAMT announced the class of participants for this year’s Festival Observership for Early-Career Directors. The program is dedicated to providing professional development and networking opportunities to early-career directors, while simultaneously expanding diversity in the musical theatre pipeline by providing these opportunities for underrepresented communities. This year’s observers are Britt Berke, 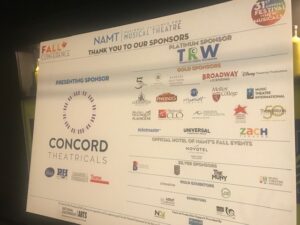 The well-attended annual Festival is free for theatre industry members, on a space availability basis, with options to contribute to NAMT to receive additional benefits including schedule selection, guaranteed seating, priority queuing and more.  With each show, contact information is provided for follow-up purposes, and creatives were on hand to chat with any interested parties including producers, regional theatres, theatrical publishers, and others.