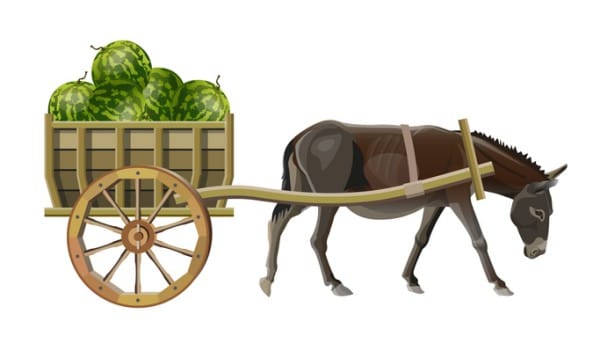 “It is time for us to simply realize that … when it comes to the economic gap between blacks and whites in America, it does come from a great injustice that has never been dealt with. If you did the math today, it would be trillions of dollars, and I believe that anything less than $100 billion is an insult.”

Reparations are in the news thanks to a few minutes in the limelight at the recent Democrat debate. Marianne Williamson whose name is usually followed by, “bless her heart,” made the profound statement above. She summed up in a paragraph what Ta-Nehisi Coats wrote in an 8,000-word essay in the Atlantic. He said it better with documentation but she was on prime time television.

America has given reparations before, to Japanese Americans who were taken from their homes during World War II and placed in Internment camps. To Native Americans for lands seized by the Federal government. To victims in North Carolina of forced sterilizations under a decades-long Eugenics program that would have made Hitler proud. The State of Florida paid descendants of the town of Rosewood to acknowledge the states failure to act when blacks were killed and/or burned out of their town. They failed to address reparations for blacks killed and/or burned out in the city of Ocoee. Once was apparently enough.

The general response from white people has been to suggest that black people are owed nothing as a result of generations being held in slavery, enduring beatings, rape, and building this country for free while their owners reaped the benefit. Some sympathize but suggest there’s no way to distribute the money fairly and the wrong people would benefit. Almost none know that white slaveholders received reparations from the government while at the same time, denied former slaves their promised 40 acres and a mule.

Andrew Johnson was never supposed to be President. He wasn’t even Abraham Lincoln’s first Vice-President. Lincoln, famously a Republican, crossed Party lines and chose Democrat Johnson a segregationist. His selection was an olive branch to the South with hopes it would quicken reconciliation after the Civil War. Johnson was the only sitting senator from a Southern state that didn’t resign after his state’s secession. He got off to an auspicious start as Vice-President, giving a rambling inauguration address while allegedly drunk. He was Vice-President for less than six weeks before Lincoln was assassinated and he became President of the United States. A Southerner from Tennessee found himself in charge of unifying the nation. The fox was in charge of the hen house.

On January 16, 1865, General William Tecumseh Sherman issued Special Field Order №15 which provided for confiscation of 400,000 acres of land on the Atlantic Coast of Florida, Georgia and South Carolina. Other orders and Acts were intended to distribute lands throughout the South to freed slaves. Congress also directed that confiscated lands be given to former slaves, in some cases loaned mules to work the farms.

President Johnson, however, was partial to any former Confederate who swore a loyalty oath. At one point, there were conflicting orders that confiscated lands be distributed to former slaves and loyal Southerners. After complaints from his Southern friends, Johnson soon cleared that up and gave practically all that land to its former owners, taking the land back that slaves had made improvements on, granting it without compensation to the men that formerly owned them

Reparations to white people haven’t been a single act, it’s a process. Even sincere attempts to provide land to freed slaves were countered by state laws (the Black Codes) that prevented black people from owning land. The Freedmen’s Bureau regarded those laws as Unconstitutional and acted as if they didn’t exist. Federal troops remaining in the South helped keep the peace although their existence contributed to a festering resentment. Other programs throughout the South attempted to make land available to freed slaves yet

President Johnson and those who followed were intent on restoring lands to white people. The Freedmen’s Bureau changed its focus to education opportunities and wage controls. The first dozen years after the Civil War ended up being reparations to white people that lost the war and now declared loyalty to the union. In 1877, reparations went into overdrive.

The Compromise of 1877 meant the Federal government abandoned the South and removed the Federal Troops. In 1888, Posse Comitatus ensured that Federal Troops would never return. Reconstruction was over and Jim Crow was ushered in. Slavery begat the Black Codes which begat Jim Crow, all a form or legalizing the racial inequality benefiting white people, in other words, reparations for white people.

Would that this be the only example in history? The GI Bill is credited with being the vehicle that did more to create wealth in the middle-class and educational opportunities for veterans and their families. While theoretically available to all that qualified, the all-white administers in the government ignored the inability to blacks to get loans from banks or acceptance in segregated colleges. Another case of reparations to white people for their service while black people were denied.

America’s history is replete with reparations to white people, now centering mostly on the rich as in the 2017 Tax Cut ushered in under Donald Trump. The inference that black people don’t deserve reparations requires one to ignore that white America has always depended on them. While the issue of reparations is complicated, we can start by being honest and acknowledge it has not only always existed, but white people have benefited most.

This post was previously published on Dialogue & Discourse and is republished here with permission from the author.
—