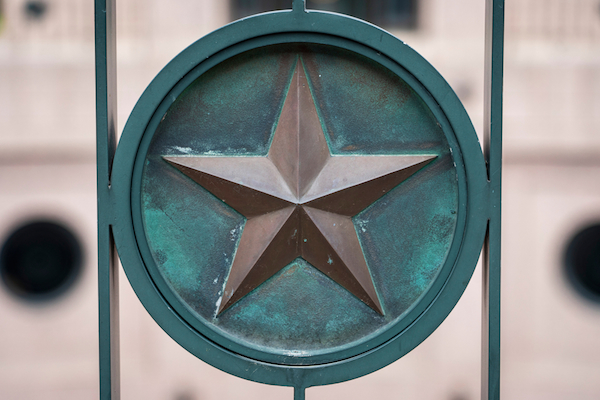 The Texas legislature became the 38th state on April 1 to approve the proposed 28th Amendment (the so-called “Open Essential Services” Amendment) to the United States Constitution, thereby making it now the law of the land.

The Amendment reads as follows:

“Neither Congress nor State Legislatures shall make laws limiting the right of people to haircuts, hair washes, permanents, coloring, or manicures; or prohibiting the free exercise to bowl in bowling allies; or abridging the freedom of getting tattoos, massages, or full-body tans in tanning salons; or restricting liberty to march into state capital buildings toting military-style weapons to intimidate and bully legislators for redress of grievances.”

Some legislators, like Representative Dill Doe (R-Texas) voted in favor of the Amendment to ensure that these essential services remain open even during national emergencies such as deadly pandemics. At a local press conference held at the Texas State Capital in front of a throng of reporters and well-wishers, Doe was adamant that:

“This Amendment enumerates many of the rights that most assuredly should have been included in the Constitution within the Bill of Rights passed by our founding fathers,” he said. “I now consider this Amendment as the eleventh in the historic Bill of Rights, even though I never agreed with the very first Amendment.”

“Thomas Jefferson forgot to include these basic God-given rights in the Declaration of Independence,” she mused. “We will now edit and forever recite an updated Declaration to read:

‘We hold these Truths to be self-evident, that all Men are created equal, that they are endowed by their Creator with certain unalienable Rights, that among these are Life, Liberty, and the Pursuit of Happiness, Manicures, Tattoos, Bowling Trophies, Year-Round Sun Tans, and Intimidation by Gun-Toting Patriots in State Houses’.”

As some of these same legislators may have known, though many reportedly did not, according to Article V of the Constitution, all prior 27 Amendments had been ratified after two-thirds of the members of the U.S. House and Senate approve the proposal, after which it is sent to the states for a vote. When at least three-fourths of the states affirm the proposed Amendment, it becomes an integral part of the Constitution.

U.S. Senate Leader, Mitch McConnell (R-WY), along with House Minority Leader, Keven McCarthy (R-CA) are preparing to introduce another proposed Constitutional Amendment for a vote by their colleagues. Nicknamed “The Grim Reaper Amendment” (the moniker McConnell has taken) to immediately kill any legislation introduced and supported by a majority of Democrats and Independents.

The draft wording of the Amendment reads:

“Neither Congress nor State Legislatures will enact any legislation that in any way increases or expands the duties and responsibilities of the national government; to provide for the public welfare; or for government-supported or subsidized health care, parental leave, violence against women or women’s control of their bodies legislation; or promotes civil and human rights; or allows trans people to enter and use public restrooms most closely aligning with their gender identities; or confirms liberal or progressive federal judges; or increases potentially life-saving regulations on corporations, businesses, or the environment; or attempts to close the well-deserved gap in wealth between the makers and the takers.”

The McConnell/McCarthy Amendment is scheduled for a Congressional vote on July 4 of this year, depending on whether a sufficient number of Republicans have not succumbed to the Covid-19 virus for not wearing requisite protective equipment.