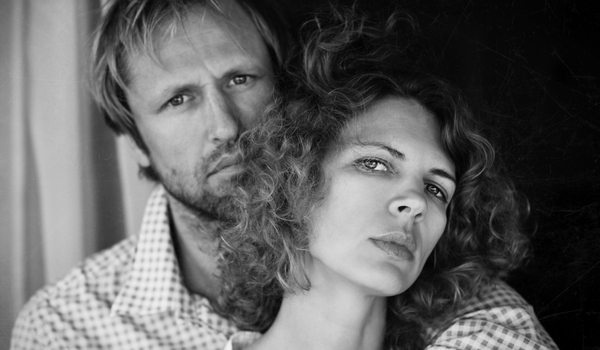 Surviving abuse and walking a healing path is deeply challenging and rewarding.  Today, survivors have multiple avenues of healing, with lots of professional support available.  Little attention, however, is paid to those who love and live with abuse survivors.  Those who support victims on a healing journey often have to go it alone.  It is easy to forget that supporters of survivors have an equally challenging journey.  Partners, family, and friends are the unsung heroes who support us through our pain, grief, and anger even as they struggle with their own.

My husband, Chuck, a steadfast supporter over the long journey of my healing from long term childhood sexual abuse and torture, shows his great love in the many ways he accompanies me.  Although doing so has been a roller coaster of emotions for both of us, he accepts the challenges that are an inherent part of healing.  His support is widespread and varied.  Each healing journey is unique, but those who walk in support will likely have similar experiences.  While I have witnessed Chuck’s challenges, his journey likely mirrors the same struggles, questions, and difficulties others will face as they accompany their loved one along her healing path.

Memories of abuse can lie dormant for many years, shocking both victim and partner when they surface.  I was sexually abused and tortured weekly for eighteen years of my childhood and adolescence.  Chuck and I had been married twenty years and had two children before the memory of abuse surfaced.  It was another six years before I started to work with a therapist.   When memories began to surface, my world fell apart.

One of the most critical and difficult aspects of supporting a survivor is to understand that she is not making this up, not being overly dramatic, nor seeking attention.  As I began to share what had happened to me, people had two reactions—they fled or they tried to reinterpret what I was saying into more palatable news.

As the effects of PTSD became more pronounced, my reactions became more volatile, more dramatic. Even those who loved me had trouble understanding what was happening.  When a person has been deeply traumatized, the nervous system, particularly the fight-or-flight portion, gets overloaded.  Afterwards, that system becomes overly sensitive.  It can easily kick in when it doesn’t need to, go immediately to emergency status, and stay there a long time.   I often reacted in ways other people didn’t–even to mild stimuli.  The first notes of the opening hymn were all it took—I was vaulting the pews, frantic to get out of the sanctuary.  I was terrified.  It was baffling.

One of the most loving acts a partner can do is to listen.  Chuck never questioned me, even though he had known my abusers for over twenty years and had never witnessed any of the behaviors I was sharing.  By listening without questioning, Chuck created a safe environment to explore my abuse history.

Listening and believing was only part of the challenge.  Although he believed, Chuck had to work through strong feelings of not wanting my abuse to have happened.  He had to check whether he was doubting what I was telling him or was simply wishing for a way this could just go away. I interpreted his longing as disinterest or disbelief.  In the face of his own struggle, he often had to reassure me that he would not leave me.  Both of us had to deal with the strong emotions the other was feeling.

It takes courage for a survivor to share her story, especially with those she loves.  It takes equal courage for the one who bears witness to support her in the face of his own strong feelings.

Not minimizing the impact of abuse on the present is vital.  Saying, “it just happened a few times, right?” or “that was a long time ago; you’re OK now” are painful and unhelpful responses.  Abuse aftereffects continue, sometimes forever.  A better response is simply, “I’m so sorry.”

My loving husband is an engineer who sees the world as a series of problems to be solved.  Doing things to make my world easier is a way he shows his love.  He’s had to fight the temptation to fix me, to take over my struggle and pain.  Wanting to do so, while loving, is unhelpful.  We both wished there were magical words to say, a gesture, or a gift that would make healing happen.  Only the survivor can do the healing work.  There are no shortcuts.  What the partner can do is to make sure she doesn’t have to do the hard work alone.  Chuck quietly took over several of the tasks around the house that had been mine but which were now too hard to do.  He began to buy the groceries after I experienced panic attacks in the store.  Often simple phone calls were too much; Chuck became the family secretary.  He also found patience as I vacillated—could I go to a party or did I need to stay home?  He couldn’t fix me, but he became the rock I needed to go forward in this work.

The aftereffects of abuse on the nervous system are profound.  Many activities can trigger my PTSD.  Chuck and I quickly learned that crowds, loud music, or bars with too many TVs are not situations I can handle.  I become overloaded, and the fight-or-flight reflex kicks in.

PTSD restricts our life.  We’re basically OK not going to bars or rock concerts.  Harder to accept has been the impact of airport lines and crowded planes, making it impossible for me to fly.   For many years, I continued to try, promising myself I could just gut through the panic and terror. Chuck now understands that it’s not a vacation for either of us if all my energies are used fighting the impulse to scream and to flee.  We are sad that long vacation trips overseas are no longer possible.  However, we remain committed to traveling to the places I can, going by car on the backroads.

With healing, some triggers may ease over time, and we might be able to return to activities we’ve had to let go.  Unfortunately, some triggers will not ease.  The challenge for the both of us as survivor and partner is to find ways to be at peace with that.

Chuck and I began my healing journey with the focus on me.  He wanted to help.  He was stoic about his own feelings, trying to spare me his anger, grief, and pain. His other-focus is a gift to me, but it was not sustainable or helpful.  I needed to know what he was thinking and feeling, otherwise I could create stories about his feelings that were inevitably worse than his reality.  Although Chuck thought he could come to grips with what happened to me on his own, he couldn’t.

One challenge Chuck faced was trying to comprehend and accept all the ways the harm done to me has affected him and our lives together.  His anger and grief were profound.  Chuck eventually sought out a mental health professional.  He has found therapy enormously helpful.  It is a powerful experience to work with someone who is wise, experienced with similar situations, and totally devoted to his wellbeing with whom he can regularly talk and work through the challenges of the day.  We now each have someone with whom we can share feelings and words that might be hurtful if said to each other.

Chuck has learned to recognize his limits.  When I was first recovering memory, I talked nonstop about abuse.  Chuck listened with great love, but he could not say to me that he needed a break.  Now he can.  We both realize that his asking to take a break from listening, returning to the conversation when he can, helps him not exceed his capacity nor use defensive behaviors of tuning me out or responding angrily.  Saying “I need a break” is self-care.

Chuck separates himself from the constant impact of my abuse by engaging in an absorbing job. He takes multiple weekends out of town each year to pursue his hobby.  My life of limitations could easily overwhelm him.  He works not to let that happen.

Focusing on what you can no longer do as a couple, to mourn the loss of many activities in your life is normal.  Using the Quaker metaphor, we found little “way open,” just lots of “way closed.” Instead of seeing only closed doors, we decided to look for windows that might be open, less than before but still ways to go forward.  Having loved each other through some of the hardest times of our lives, Chuck and I have found some open windows—opportunities for play and fun.  We take dancing lessons, go to movies, walk in nature.  We sit on our porch on pretty afternoons, drinking wine and talking.  Chuck and I like to cuddle on the couch watching our favorite TV shows.  Eating out in quiet restaurants is a joy.  Vacations a short distance away and traveling via the back roads give us pleasure

Living with and loving a survivor is challenging.  PTSD is a game-changer, requiring a new definition of normal.  Within these restrictions, Chuck and I have found a life full of love and intimacy, a chance for growth individually and as a couple.  The goal of living with and loving a survivor is to keep the beauty of the life you have in the forefront.  Doing so creates a life worth living.