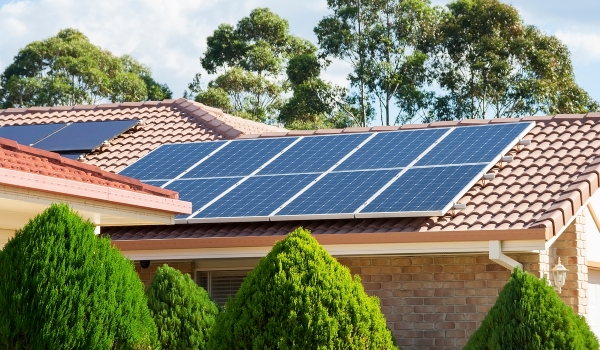 LONDON, 20 September, 2018 – Japanese scientists have developed a sun-powered golden sandwich: an experimental solar panel that they claim could be up to 11 times more effective than most equipment on the market so far.

The new photovoltaic cell could harvest 85% of the energy of visible sunlight as it slams into a rooftop solar array. Right now, most such panels are rated at 15% efficient; some new versions claim to be able to exploit 20% of the light.

Researchers at Hokkaido University report in the journal Nature Nanotechnology that their new source depends on a golden touch: they placed a film of semiconductor material just 30 nanometres, or 30 millionths of a millimetre thick, between two layers of gold film and gold nanoparticles a mere 100 nanometres thick.

And, they say, their golden sandwich delivered electrical current in a more nourishing form than any such device so far.

The two layers of film trapped the incident lightwaves in a cavity in a way that allowed their photo-electrode to absorb 85% of the visible light, dislodge electrons and set up a flowing current powerful enough, the researchers say, to split water into hydrogen and oxygen, and thus another source of renewable energy.

Right now, most of the world’s photovoltaic cells are silicon-based: that is, they are fashioned from one of the planet’s most available elements. But these cells arrive with their own limitation, because only light of certain wavelengths can dislodge electrons and trigger an electrical flow.

Even so, they are seen as one of the best ways to limit global warming, by reducing human economic thrall to fossil fuels. Teams of scientists across the world have repeatedly argued that renewables can deliver all, or almost all, of the power the world needs.

For the moment, the new device from Japan is likely to remain a costly laboratory curiosity: gold remains one of the world’s most precious metals, and the photo-electrode semiconductor enclosed by the golden sandwich is fashioned from titanium oxide.

It is, however, yet another instance of the ingenuity and imagination at work in the world’s universities and laboratories, as scientists confront the challenge of delivering power in ways that do not spill billions of tonnes of greenhouse gases into the atmosphere, to warm the planet to what could be catastrophic temperatures.

They have demonstrated new ways to trap energy, power jet engines, and even recover energy from simple actions. Some of these innovations could soon slip into commercial use: some will remain laboratory curiosities.

In a world in which Asian nations – and in particular China – have invested heavily in the solar revolution, the research in Hokkaido is an indicator of how much more improvement is possible.

Say the researchers: “Using very small amounts of material, this photoelectrode enables an efficient conversion of sunlight into renewable energy, further contributing to the realisation of a sustainable society.” – Climate News Network