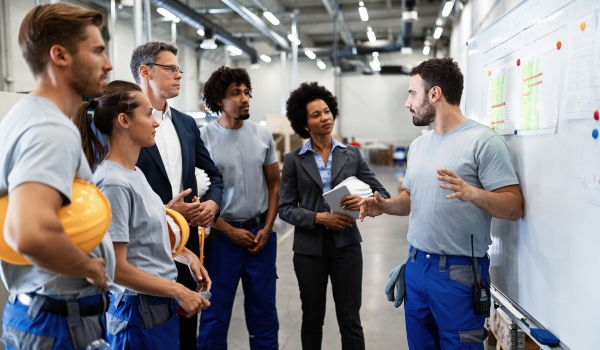 In November last year, 20,000 Google employees across the world walked out of work. They were protesting the ways in which their employer had failed to address sexual harassment in the workplace. Less than a year later, most of the leaders of the walkout have left Google accusing the company of retaliation and intimidation.

It all came to a head when The New York Times reported in October 2018 that instead of Google dealing with the real problems, when the men at the top were embroiled in credible sexual misconduct allegations, they were paid out in the millions to go quietly. Added to this were charges of racism, pay inequality and mistreatment of contractors.

‘Stand up! Fight back!’ the protestors chanted. ‘Hey hey, ho ho, tech harassment has got to go!’ they demanded. This was a bold and conspicuous form of employee activism that would settle for nothing less than workplace justice.

Not only was it high-profile but, at least to some extent, it worked. Google’s leaders apologised, as you would expect. More practically, this February they ended a policy of forced arbitration that had meant employees who were sexually harassed could not sue the company.

What happened at Google is a clear case of what people can do to pursue justice at work. Rather than ignoring the facts, or engaging in self-indulgent private complaining, 20,000 people – a fifth of Google’s full-time workforce – decided to speak up and do something about it.

This was an ethically motivated organised political strategy for change, and it offers a valuable case of what people can do to make organisations more fair. There are at least five lessons we can learn.

The first is that taking action is not futile. The activists at Google showed that making an organisation fairer comes at the hand of actively fighting against injustice. This is not a comfortable thing to do.

While many organisations as a matter of orthodoxy prize both managerial control and consensus, justice requires combatting that control through dissent. Dissent, as a strategy for justice, challenges this managerialist approach to worker-manager relations.

In one sense, it is only those in power who can make the real changes that improve workplace justice. In a more important sense, it is through effective dissent that they can be compelled to do so. This path to reform has long been the route of the most important demands for justice – for the establishment of the minimum wage, the creation of the eight-hour day, the legislation for equal pay for women, and more.

For many people, dissenting is an uncomfortable thing to do. Only when the sense of moral outrage reaches a tipping point will people take action. This leads to the second lesson: justice comes from coordinated acts of solidarity, both with other employees and with society more generally.

Historically, the organisation of labour through trade unions has provided the vehicle for collective action. A steady decline in union membership in major OECD nations since the 1960s and ’70s does not bode well for justice.

That doesn’t mean that solidarity is dead. Google employees have shown that: while the walkout had identifiable leaders, it was supported by employees across the world. Googlers from Singapore to San Francisco, from Tokyo to Toronto and beyond actively participated in a collective action for justice.

The third lesson is that the pursuit of fairness at work goes beyond seeking justice for oneself. While it is not possible to know how many of the Google protestors had experienced sexual harassment at work, it is safe to assume that the majority of those who walked out did so because they were supporting their co-workers as allies.

The pursuit of workplace fairness is not just a matter for the individuals who have been mistreated, maligned or manhandled. Justice is not just justice for me. It forms the heart of a community. What that community is collectively prepared to accept as fair and unfair defines its moral character.

The fourth lesson is that, to pursue justice in organisations, we need to overcome a difficult paradox. Fighting for workplace justice requires people to actually care enough about their organisations and their fellow workers to persevere in trying to do something about it.

But injustice too often occurs in a dog-eat-dog corporate world where people feel that they need to compete with each other in a zero-sum game to get ahead. In such environments, when people face or witness injustice, they can simply withdraw all forms of care and identification with the organisation. When that happens, self-preservation takes over from consideration for anyone else.

When injustice leads to cynicism and selfishness, the communal power that can lead to positive change is diminished. What is needed is for people to care enough about their colleagues and their organisations to see and speak up for the collective good, even though the injustice itself might tempt people to do just the opposite.

The fifth and final lesson is that pursuing justice can be very dangerous and should not be taken on lightly. In Google’s case, seven people organised the walkout. Less than a year later, just three of them still work for Google.

The walkout’s organisers claimed that they experienced direct retaliation by their managers and by the company’s human resources department. Threats of demotion and job change were also reported. Other employees said that they were fearful of retribution if they reported workplace issues.

Meanwhile, Google has actively tried to prevent the politicisation of its workforce, releasing a policy that states: ‘disrupting the workday to have a raging debate over politics or the latest news story does not [help build community]’.

They couldn’t be more wrong. If a strong community is a fair community, then a willingness to engage in politics is essential. The Google employee activists would no doubt be well aware of this.

Google failed to recognise that its employees’ political actions were precisely about community building. Cooperatively calling for a fair workplace reflects a basic human desire to care for others in a mutually supportive way. Managerial control strategies that stymie dissent work against the development of common interests and shared values.

In short, if what we want is a fair workplace, it’s not likely to come at the hands of a benevolent managerial elite. Instead, and often against all odds, people need to join as allies in solidarity and stand up for what is right and fair.