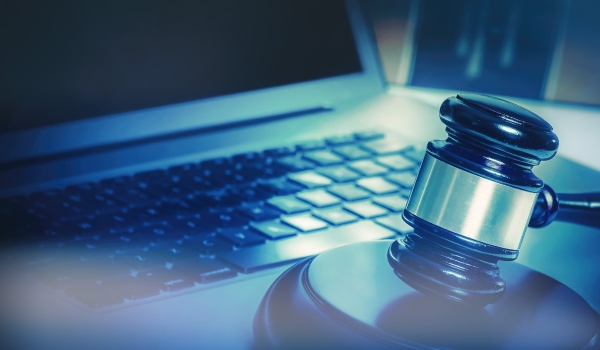 For the first time in 17 years, Congress failed to provide the funding to keep the entire government running. So now you have two classes of government service and two classes of employees: “essential” and “non-essential.”

Individual agencies determine whether a function is essential. If you work at an agency funded by fees, like the Patent and Trademark Office, everyone keeps working until the fee income is exhausted. In some offices, one employee is arbitrarily singled out to keep the lights on while the rest are sent home.

Even the ones working may have their paycheck deferred until Congress does its job.

And that’s what this is all about. Congress doing its constitutionally mandated job. As much as the budget debacle gets wrapped up in repealing or defunding or delaying the Affordable Care Act (aka Obamacare), which is being implemented even as the shutdown continues, we wouldn’t be at this point if Congress had done its job over the last several months.

Both the House and the Senate adopted their versions of the federal budget — topline dollar amounts — back in March. That means they had six months to write, debate, conference, and pass the dozen separate spending bills that fund government.

The House Appropriations Committee approved 10 and four were passed by the full House. But when the Transportation, Housing and Urban Development, and Related Agencies Appropriations bill for the 2014 fiscal year, dubbed “THUD,” landed with a thud on the House floor, the House majority couldn’t round up the votes. House leaders pulled the bill.

The Senate Appropriations Committee approved 11 bills. But when they brought their version of THUD to the floor, they failed as well and never tried to bring up another version of that bill. Out of a dozen bills required, the Senate adopted precisely zero. Neither the House nor the Senate even attempted to pass a spending bill in all of September.

It was legislative gross negligence.

And after a flurry of bills that were intended to convince the public that they are serious about avoiding an October 1 shutdown at the start of fiscal year 2014, budgetary trench warfare between the House Republicans and Senate Democrats has returned. The House spent the weekend after the shutdown began in session to show that its members are serious. If they were serious they would have worked the rest of the year.

The latest tactic is to pass rifle-shot single-issue spending bills. Instead of broad appropriations bills that fund several agencies, the House has adopted narrow bills to fund the military and those supporting war operations, Department of Veterans Affairs, the National Park Service, and National Institute of Health, and other discrete parts of government.

Cherry picking popular agencies and programs to re-open government is a cynical ploy and doesn’t make any sense.

Instead of hostage-taking and tactics to try to gain the upper hand in the court of public opinion, lawmakers need to simply do their job. The strangest thing about this whole affair is that the House and Senate agree on the topline budget number to fund government for several weeks, by when Congress should be able to reach a longer-term solution.

The debt ceiling — the statutory cap on how much the Treasury can borrow — is fast approaching. Treasury Secretary Jack Lew has indicated that it will be reached on October 17. As bad as a shutdown is, a default would be economically catastrophic.

Congress needs to pass a continuing resolution, deal with the debt limit, and responsibly finish appropriations for the 2014 fiscal year so it can start work on the 2015 budget on time. It’s time for the finger pointing and cacophony of criticism to stop.

Instead of a shutdown, Congress needs to shut up and do its job.

Previously published on otherwords.org and is republished here under a Creative Commons license.