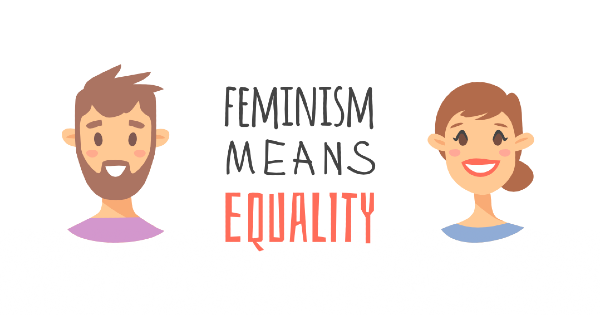 Four years ago, I wrote a piece for the Good Men Project on International Women’s Day, discussing HeForShe. It was an attempt to add to the conversation around male participation in feminist thought, theory and most importantly, practice.

Gender equality is a human right. Sexism and misogyny, the discrimination and oppression of womxn, is a social construct and a cultural disease. It infects systems, institutions and communities, stunting the growth and empowerment of people of feminine experience.

Passive nodding for change is not sufficient. Active listening, interruption of injustice and vocal resistance is required in allyship.

Since the writing of that piece I have witnessed countless instances of male confusion as to “I don’t get it. What do feminists even want?” (yes, that is a direct quote).

Last March, I attended ‘All About Women’, the annual event held around International Women’s Day at the Sydney Opera House, Australia. Sadly, as one may assume, the lack of male bodies present was obvious and seemed almost expected.

It is a strange concept that the very foundational injustice of those expected to do the work to dismantle systemic and structural oppression, are not those who hold the reigns of hegemonic power, but those of the oppressed dynamic. In this instance, I will focus solely on the conversation around sexism and misogyny, otherwise I’ll get side tracked discussing intersectionality, First Nations representation in parliament, the oppression of ethnic and racial minorities, transgender healthcare, and other urgent discussions related to systemic oppression.

There was a question at the end of one panel from a male to the all-female panel, asking “how do we create space for men to feel welcome in these conversations because there are many men who want to be involved but don’t know how to be?”

One panellist answered generously in agreement, stating that we did need to make sure men felt safe and welcomed into these conversations.

But I haven’t been able to shake how unfair and ironic that expectation is, that people of feminine experience must do the work, create comfortable, nurturing spaces for males to enter and feel warm and cosy. This feeds into the paternalistic expectation that it is a female job to create nurturing spaces for males, and do the gritty work to make it a more guilt-free experience for males to turn-up to gender equality.

Well, you know what? It IS hard bloody work. It’s uncomfortable. It’s icky. It’s emotionally exhausting – but it is necessary. Besides, those of a feminine experience have been shouldering the burden of gender equality for all time, so I sincerely do not think it’s unreasonable for us masculine-identified folks to pick up the majority of the work.

Start with reading a book, or any number of articles here on the Good Men Project. Start with writing down some of the stuff you have ingested about your understanding of gender that is potentially troublesome, problematic and maybe contributing to the oppression of womxn. Take note about the overly-gendered language you use like referring to adults as “girls”, or when someone expresses an opinion asking them “but is that just a girl/chick/guy/man thing?”

Commit yourself to gender equality.

I hope the 2020 ‘All About Women’ event, held at the Opera House this Sunday 8th March, will be full of enthusiastic male-identified attendees. Turning up to be present and listen is integral to active allyship.

If you identify as male, you’re based near Sydney, Australia, and you’re wondering if you should buy tickets to ‘All About Women’, the answer is yes, you should!

If you identify as male and you’re not based near Sydney, then I encourage you to seek out events, seminars, spaces, comedy nights, corners of your local library, county and city fairs and the infinite resources on the Internet, where you can actively engage in dismantling the social and cultural diseases of sexism and misogyny!