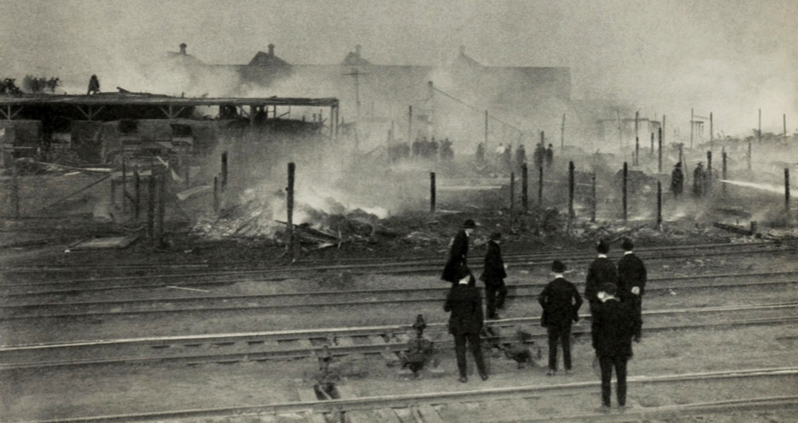 It’s been two years since the shooting and subsequent riots in Ferguson. One year after that event, I wrote about having the dubious honor of witnessing three generations of protests related to race, inequality, and injustice. In the 1960s, protest marches were televised nationally, inspiring many of us. Yes, some protests became violent riots, but some gave rise to long-term institutions promoting racial equality. Those of us deeply invested in the movement shared a vision and were committed to making a difference through advocacy, education, politics, and, as I did, urban planning. However, after the shootings of unarmed African American men in Baton Rouge and St. Paul, the killing of police officers in Dallas, the numerous street protests, and the ongoing threats, I am less hopeful than I was coming out of the sixties.

The 1960s riots took place in our major urban areas. Cities had policies and politics that isolated African American communities into ghettos: Harlem/NYC, Watts/LA, Newark/NJ, Detroit/MI. In every case, the catalyst to violence was a confrontation between a member of those community and law enforcement. In several cities, the protests began as peaceful demonstrations. As more aggressive protesters emerged, the police response was increasingly brutal. By the time I attended New York University in Greenwich Village in 1970, the distrust and hostility on all sides were incendiary even on a good day.

In 1967, the Kerner Commission (National Advisory Commission on Civil Disorders) was appointed by President Lyndon Johnson to analyze the underlying causes of these urban race riots. The Commission’s 1968 report stated that we were in effect two nations, Black and White. In “What Is the Kerner Commission and Why It Should Be Revisited in Light of Ferguson,” civil rights attorney, James Meyerson recounts the Commission’s findings concerning the root causes: lack of economic opportunity, inadequate education institutions, and social isolation. A sense of helplessness resulted from the reinforcement of white privilege by law enforcement, magnifying disrespect of the justice system. The Commission described how the socio-economic system assured the status quo.

By 1992, new technology brought the race-related issues into greater focus. The video of four white police officers beating an African American, Rodney King, into our living rooms. As difficult as it was to wrap our mind around the scene, it was virtually impossible to fathom that more than a dozen officers stood around watching. When the officers were acquitted of police brutality, Los Angeles erupted with six days of violent protests, looting, and riots.

New Jersey Senator Corey Booker recently tweeted an article he wrote as a graduate student following that trial saying, “Not guilty… Not shocked.” Booker then cited the causes for the riots: “Poverty, estrangement, continuously aggravated by racism, overt and institutional.” It’s not surprising that Ferguson prompted him to revive that article. LA was a distant echo of the events in Ferguson. The root causes ooze out of the 1960s like radioactive muck doing time travel.

Life in South Central LA in the early 1990s was harsh. According to the South Central History site, murder rates were three times higher than they are now. There was an epidemic of crack cocaine and related crimes. The government housing projects were cauldrons of gang activities and wars, ceasing only when the gangs united against the police. The root causes were familiar: lack of economic opportunity, inadequate education institutions, and social isolation. There was a sense of hopelessness towards law enforcement, the justice system, and a political/economic system that enabled the status quo.

Following an analysis of the root causes, changes in the leadership of LA law enforcement were made. There were plans to remake the Watts housing project, a source of so much friction. The urban planning designs would have created a mixed-income community that would create new infrastructure and a ripple effect of opportunities. Yet, Los Angeles was eliminated in the federal granting process that would have provided the necessary leverage.

Fast forward another 20-30 years and we come to Ferguson, Missouri. Originally farmland, it grew into a railroad stop called Ferguson Station and become a suburban hub largely populated by railroad executives and former slaves. Ferguson boomed during the post World War II years with manufacturers providing plentiful jobs and a parallel growth in housing and population. The jobs attracted an influx of African Americans into Ferguson and other close suburbs of St. Louis. By 1954, Ferguson was a city for the future, one of the first in the state to have a council-manager form of government.

Ferguson and the Rust Belt then experienced a demographic and economic shift. Niall McCarthy in Forbes Magazine described how white flight intensified. Between 1990 and 2010, there was an increase from 27% to 67% in Ferguson’s black population. The white population decreased from 64% to 29%. Other researchers (Brookings, August 2014) described how the unemployment rate of 7% in 2000 rose to 13%. Earnings fell by one third. One in four residents were below the federal poverty line with a large percentage of falling below twice that level.

Despite the huge shifts, Ferguson’s power structure remained relatively unchanged. Ferguson’s mayor was white, its City Council had only one black member. The police force was only 6% African American. The school board’s six white members and one Hispanic suspended its popular African-American superintendent, who then resigned. A year ago, I asked if Ferguson could be this generation’s symbol of urban isolation, economic distress, and inferior education? My hope that Ferguson would be a watershed event leading to massive change across the country has yet to be realized.

Today’s national debate is an inflammatory mix of accusations and counter-accusations, much like the 1960s. Discussions of root causes and a major restructuring of urban areas are sporadic at best. Advocates can be forgiven for suspecting that counties, states, and the federal government will not, or cannot, allocate the resources required. Healing a chronic set of race-related circumstances is not our strong suit. Historically, we have struggled with the long-term political will, material investment, and education resources needed to overcome the economic inequities that leaves so many with nothing to lose.

Rather than address issues such as housing, education, jobs, and wages, we blame, insult, and accuse our way through the political process.  We have made law enforcement the primary actor in managing the results of our deeply embedded societal challenges. We put them on the front lines, equip them with military-style firepower, and express sympathy when they are killed or injured. We urge them to do better in neighborhood relations and conflict management as if a friendlier police force can fix everything. While I have no sympathy for rogue police, my heart goes out to law enforcement.

Do we have the vision to deal with the root causes of the country’s racial conflict? Or, will we fall into the despair that President Obama warns us to resist and do nothing? It’s a 50-50 proposition from where I sit.

Photo credit: Shutterstock Royalty-free stock photo ID: 755026390: African American neighborhood destroyed by fire during 1919 Chicago Race Riot. It was located on Chicago’s South Side, near the stockyards and meatpacking plants where African Americans and new Europe