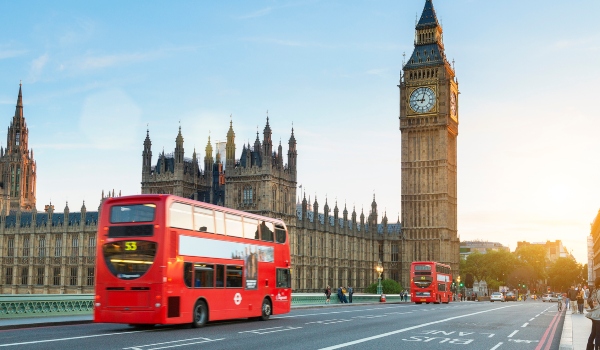 LONDON, 8 October, 2019 − This city yesterday re-echoed to the sound of dozens of drums beating outside Downing Street, the prime minister’s official residence, as thousands of protestors closed down London to warn the UK government it faces rebellion over the climate emergency and the plight of the natural world.

In 23 major cities across the planet the global movement known as Extinction Rebellion has begun two weeks of disruption intended to show governments that citizens are not satisfied with their actions to curb climate change and to protect wild species.

An extraordinary range of people with a variety of causes all linked to climate change crowded into London’s Trafalgar Square and other streets around Parliament.

Watched by bemused Chinese tourists attempting to take in London’s attractions, key road junctions and bridges were blockaded at 10 am by protestors sitting in the road. The Metropolitan Police arrested 280 demonstrators in the course of the day, although in most places they made no attempt to intervene.

With thousands of protestors trained in non-violent direct action and preparing to be arrested, the police clearly decided not to try to stop them. Instead they stood in front of the entrance to prime minister Boris Johnson’s house in Downing Street and protected the entrances to nearby government buildings.

“A lot of the time it felt like banging your head on a brick wall – now, after 40 years, it is so nice to see something is happening, something that could not be ignored”

Handing out leaflets entitled: “It’s time to tell the truth”, the protestors stressed their key message: “We are in trouble. Sea levels are rising. Heatwaves are killing crops. The Arctic is melting, and Africa and the Amazon are on fire.”

Although the atmosphere was friendly there was no doubt about the determination of those taking part. There were young mothers with children. Italian Monia Salvini, in Trafalgar Square, was carrying her six-month-old daughter Delia.

She had travelled from her home in east London and said she was there because she feared for her daughter’s future − “but I am not doing it just for her, I am doing it for everybody.”

She had first learned about the climate crisis a year ago, and the more she read the more she realised how urgent it was and how little governments were doing about it. “I thought as soon as my pregnancy is over I must do something.”

There were many homemade placards: “Choose Extinction or Rebellion”, “We can’t eat money, we can’t drink oil”, “Mars for the Privileged, Earth for the Poor”, and “We must rise before the tides.”

Sarah, who did not want to give her surname, had travelled overnight by train from Edinburgh with her eight-month-old son and carried a notice reading: “Failure to Grasp Science is not an argument against it.” She said that, while the US and Brazilian governments were a disgrace, the United Kingdom led by Boris Johnson was just as bad “because after his government declared a climate emergency he has taken no action to do anything about it.”

There was a hearse across the road blocking the entrance to Whitehall. It held a coffin covered in flowers, and protestors dressed as undertakers. Trained protestors, ready for arrest, lay in the road beside it, but rather than attempt to move them police directed traffic to turn round.

Most drivers were good-humoured about the disruption to their day even though some were caught in traffic jams for over an hour. More vocal were some taxi drivers who shouted expletives at both the protestors and the police.

Outside Downing Street was a large number of people demanding a Citizen’s Assembly, an idea already being tried in Ireland, France, and in some English cities like Oxford.

A key demand of Extinction Rebellion, the idea is to recruit a cross-section of the population, “ordinary people selected at random”, to learn about climate change from experts and then decide together what should be done about it.

The assemblies, which would undertake to have “no party politics, no short-term election thinking and no hidden money”, would recommend to governments the best way to get out of the climate crisis.

Among the protestors was 66-year-old Steve Morton, from High Wycombe in Buckinghamshire, “hardly a hotbed of the revolution.” A veteran environmental campaigner for Friends of the Earth for nearly 40 years, he said he had been trying “official channels” for all that time to get action on climate change.

“A lot of the time it felt like banging your head on a brick wall – now, after 40 years, it is so nice to see something is happening, something that could not be ignored.” He was particularly pleased to see that the vast majority of protestors were young people.

So far the police have made no comment on how long they will stand by while central London traffic is halted by the protests. It is not known either whether they have enough cells to hold the hundreds of demonstrators said to be ready for arrest.

What is clear is that the demonstrations are larger than the last set of disruptions in London in April, and better organised and financed. Like the school strikes begun by the Swedish schoolgirl Greta Thunberg, they seem destined to grow. − Climate News Network