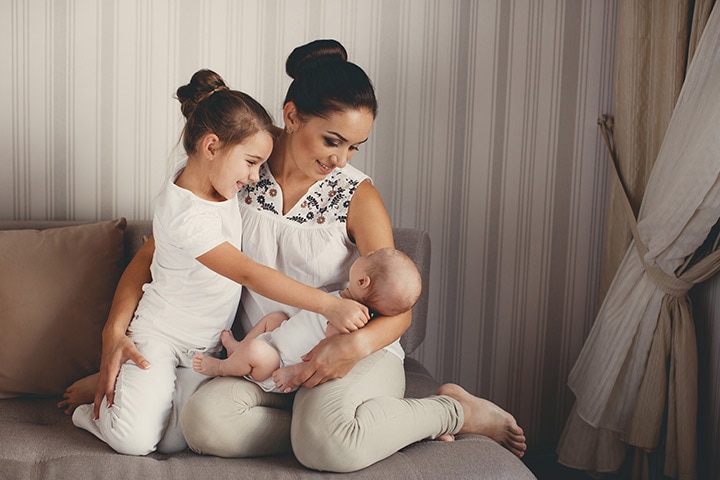 Becoming a parent the second time can be as exciting as the first time. However, the second time around your first child’s emotions and needs also come into the picture. And if not handled well, a lot of things like resentment or insecurity can set in between your children. I remember something similar happening between my sister’s two daughters. The elder one was barely 3 when my sis got pregnant. So, while the elder daughter attended a playschool, my sis chose to go the modest way and keep everything under wraps until the last minute. The only thing she revealed to her daughter in the form of ‘hints’ was asking her if she would like to have a play-buddy!! When my sis eventually gave birth and my niece saw her little sister in her mom’s arms (she had just returned from playschool), she was very upset. Quite understandable since she had no clue what sharing her mom’s affection was like. But such an incident can be an eye-opener for any mother. If you are in the family way for the second time now, then here are some useful ways to prepare your toddler for baby #2: 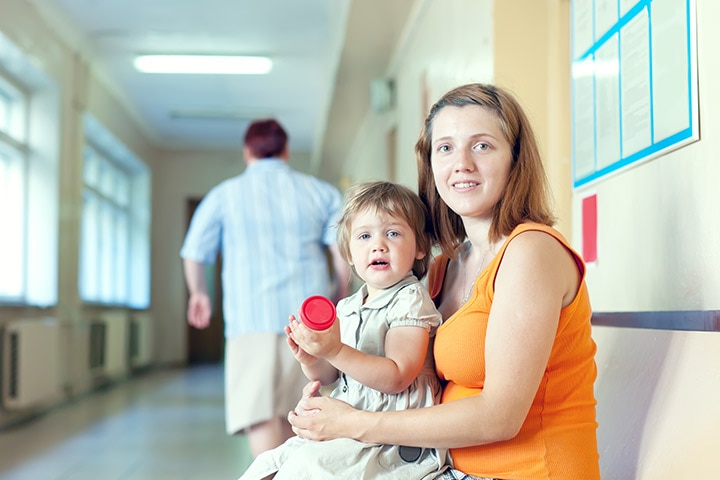 By this, we mean as early as the time when you discover you are pregnant and get a confirmation from the doctor. If your child is still around 2 years, then chances are you’ll be going to those frequent hospital visits with the toddler in tow. But these very visits can act as a good conversation starter. 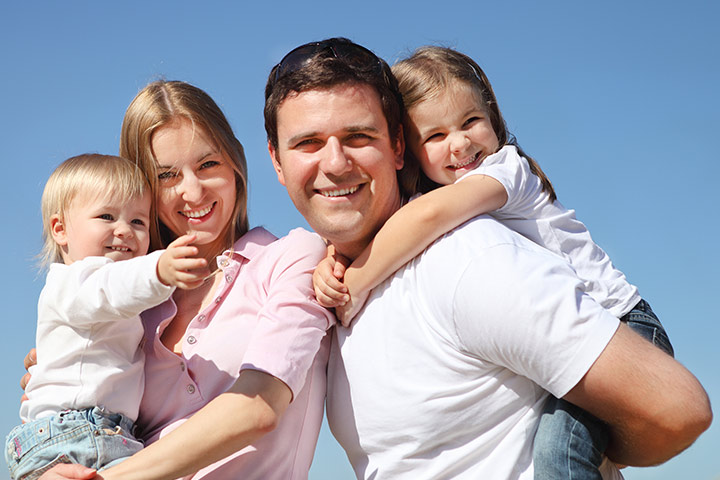 When you share the ‘good news’ with the baby, he/she will have no clue what it’s all about. Toddlers, in all probability, end up mimicking their parents’ expression. This expression can be the same as the child being happy at the prospect of having a new play-buddy or a new toy. Thus, start explaining by letting your toddler recognize what real babies are like in the first place. Again, use your hospital visits as an opportunity to do so as there’ll be many women at the hospital with babies younger than your child.

Make Them Part Of The Journey 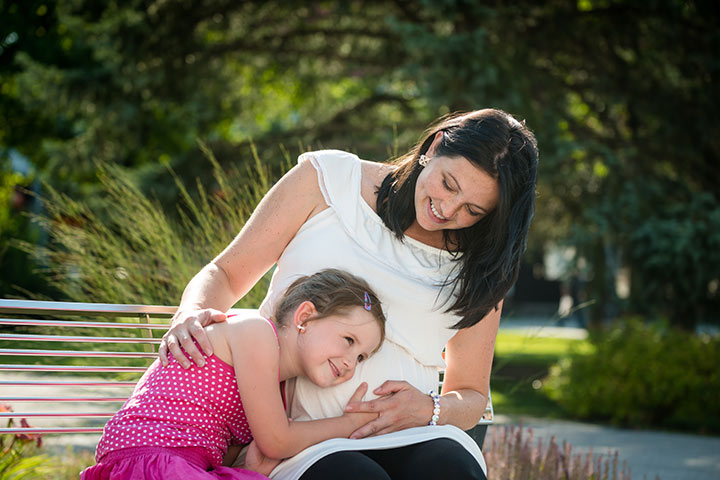 Things can become a tad easy when your belly starts growing. You can then tell your child about the changes your baby is undergoing in your belly. To help your child recognize the big sibling role better, make them a part of everything you do for the baby – like choosing their clothes, color of the crib, toys, etc. 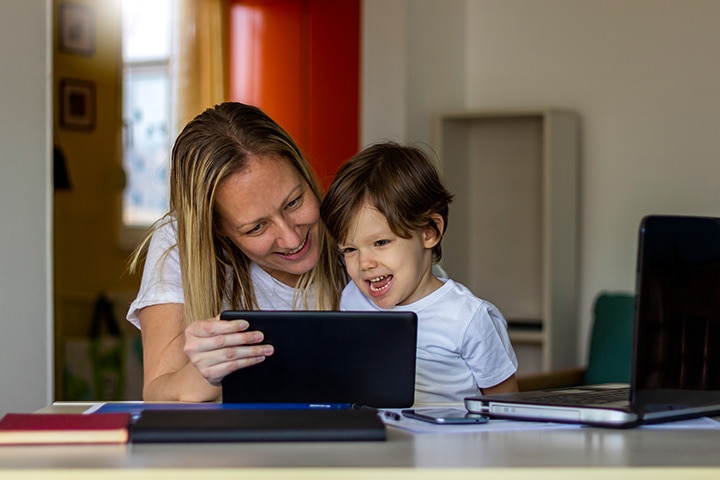 With so many gadgets at your disposal, you can easily download videos of real babies playing with their siblings. But avoid animations or cartoons as this will not be enough to drive home the point. You can also come with a temporary nickname for the baby and help your toddler recognize the baby with the name. It becomes easy for toddlers to relate to something that has a real or cute-sounding name. 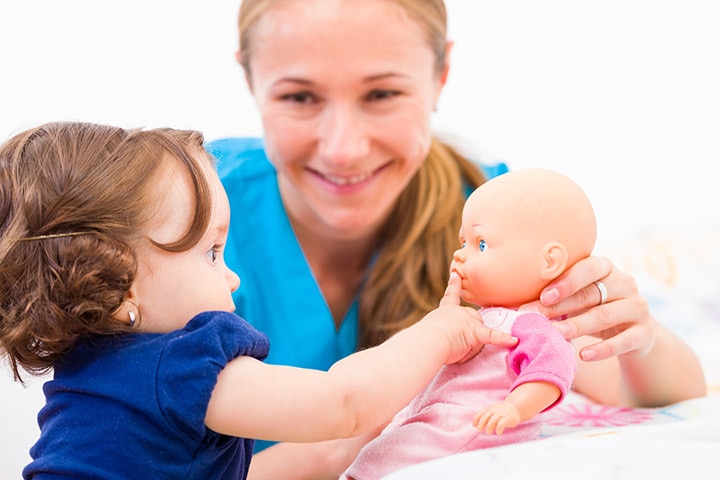 Help your toddler get into the role of an elder sibling by getting them to do some role play. Get a doll that looks like a baby. Demonstrate to your toddler how to put the baby to sleep or put a bowl of food in front. 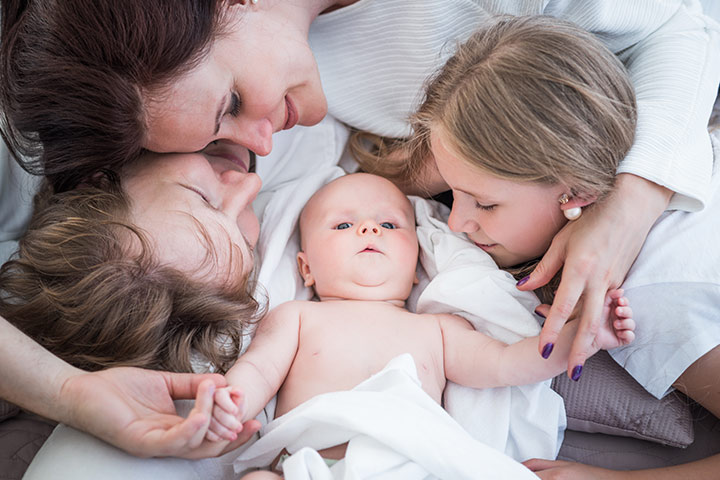 Despite your preparations, it’ll still not be easy for your child to see another baby getting attention from their mom. So when your child visits the hospital to see you and the baby for the first time, make sure he/she sees the baby in the bassinet instead of your arms. This way, their attention will go immediately on the baby instead of where the baby is.

While you may do all this for your baby, here’s a word of caution for parents too. Soon after your baby #2 arrives, try not to make a clear division of responsibilities. If one of you ends up handling one baby all the time, chances are the child will develop resentment toward the other parent for constantly being with the other baby. So, make sure both of you balance the time and attention equally between both the children as much as possible.