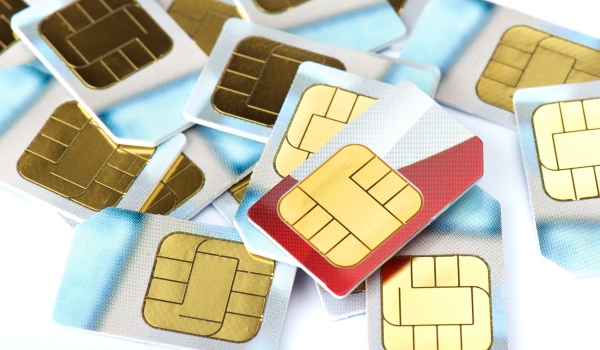 Requiring people to identify prepaid phone cards is an invasion of privacy. One of the most important principals of privacy is to minimise identification of private information in public records.

Invasion of privacy has intensified in countries dealing with terrorism, summarised in a concept called securitisation.

We carried out the experiment in the United States. We randomly split two groups of people and asked them to answer questions about civil liberties on our online questionnaire. We placed a National Security Agency logo on the online questionnaire, with the statement: “the activity on this site is monitored by the NSA” for the first group. Meanwhile, the control group did not see the message about NSA’s supervision.

Next, all participants were asked about their support for online surveillance by the United States government of those born outside the US in the form of email surveillance. They were also asked about censorship of emails and websites allegedly related to terrorism.

Participants were asked their opinions about civil liberties offline. They were asked about arbitrary indefinite detentions of suspected terrorists, individual financial transaction supervision, and racial profiling to identify suspicious persons.

Lastly, we asked participants about their support for airstrikes of suspected terrorist targets abroad.

Our experiment shows that when people believe the state is monitoring their online activities, they tend to support restrictions of civil rights. This eventually will impact on support for civil rights control in real life, and military actions abroad.

We assume that citizens’ political tolerance – the extent to which they agree to permit and protect the civil liberties of those who are considered non-conformist individuals or groups – are always in tension with security interests.

Even individuals with high political tolerance will abandon their stance if faced with costs to protecting civil liberties of others.

We can see this in Indonesia when the mass media publish opinions of citizens who feel inconvenienced by traffic jams during public demonstrations, especially by labor unions and public transport drivers.

Humans have the tendency to compare what they have sacrificed with that of others. When people are reminded that their country has impinged on their individual civil rights for the sake of public safety, they tend to choose their own safety above other people’s personal freedom.

Invasion of privacy in the form of online surveillance or registration of telecommunication services can cause people to ignore civil liberties of others. Because people feel they have to trade some of their rights for safety, they will want other people to pay the price too. This happens slowly, even without us realising we will lose our civil liberties and take away other people’s freedom in the process.

For instance, when Indonesians accept the state control over our right to organise and create associations through the new Mass Organisations Law, they easily allow violations towards civil liberties of those they consider radical.

These trade-offs and our memory of having sacrificed some rights prevent us from raising objections when the state once again invades people’s personal freedoms through prepaid card registrations. Having allowed our own privacy to be invaded, we may start persecuting those who oppose registration as a spreader of fake news, criminals, and terrorists.

In the near future, perhaps we will stay silent when activists with opposing values are imprisoned without trial.

Privacy is a fundamental human right. It is very important in human life and democracy, which is why it should be protected by law. The effects of the invasion of privacy have been proven, in our research, to contribute to the weakening of political tolerance, which forms the basis for democracy.

Our research shows that the invasion of privacy will also create a culture of distrust because it erodes tolerance between citizens. Other researchers have reached this finding too.

This is why education about privacy in the digital era is important.

The registration of telecommunication services customers is bad for citizen’s privacy. Nevertheless, we should use this as a discussion starter to talk about education of privacy.

Privacy is not limited to issues of wiretapping or celebrities being gossip fodder of tabloids. Media literacy practitioners should use this momentum to create awareness of privacy issues. The Communication Ministry itself has stressed that public awareness of the right to digital privacy is low.

To protect people’s private information, the government should propose a bill of personal data protection and encourage the parliament to ratify it, rather than requiring people to register their prepaid cards.