Under allvid, all pay TV providers would simply provide their customers with a small adapter that takes pay TV content and makes it available on a customer’s home network. 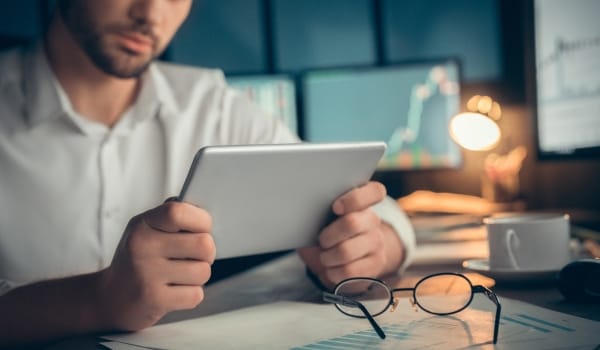 There have been laws on the books for many years directing the FCC to bring about better competition in “video devices”—consumer electronics that can display and interact with pay TV content. You’ve never had to rent your computer from your ISP, and—thanks to the FCC—you don’t have to rent your phone from the phone company. Every other market shows that people want a choice among different devices running different software, and every other market shows that progress is driven by third-party innovation.

But despite the law, in the market for “video devices”—electronics like set-top boxes and DVRs that display and interact with pay TV content—that competition is missing. Today, Public Knowledge and the New America Foundation filed comments aimed at encouraging the development of a robust and competitive video device market.

The Commission has worked for years on a system called “CableCARD” that—even ignoring all the water under the bridge—applies only to cable systems. To bring the benefits of hardware choice to the video device market for all pay TV customers (cable companies, satellite TV providers, and new entrants like FiOS TV, known in the trade as multichannel video programming distributors, or MVPDs), Public Knowledge supports a new approach called “AllVid.”

Under AllVid, all pay TV providers would simply provide their customers with a small adapter that takes pay TV content and makes it available on a customer’s home network. Instead of working out a way for third-party devices to directly interconnect with MVPDs, they will just need to support industry-standard home networking protocols and media codecs.

AllVid would enable the content provided by MVPDs to be available on a home’s IP network and, as such, accessible by any device that can connect to an IP network. By creating a simple set of rules for access, device makers can innovate and compete, creating a market that will lower prices and increase variety in video devices for consumers. Consumers will better be able to benefit from the convergence of broadband and TV. Furthermore, AllVid will promote the use of home networking and of other IP-enabled devices. While the potential benefits to implementing AllVid are numerous, the FCC must enact rules that will ensure its success, and must make certain to meaningfully enforce these rules.

In order to create a robust market, the devices sold or leased by MVPDs must compete on the same footing as third-party devices. MVPDs must not be allowed to cross-subsidize their video devices with service fees. Furthermore, both MVPDs and third-parties should have to rely on the same technologies in accessing content, so that MVPDs are not improperly advantaged at the expense of third-party manufacturers. Likewise, the functionality of the AllVid system should be kept to a minimum, so that MVPDs may not circumvent the system and so that third-party manufacturers are free to innovate. For example, AllVid should not provide its own user interface, but instead should leave it up to manufacturers to compete to craft the highest-quality user experiences.

To reduce barriers to entry for third-party device manufacturers, the FCC should also require that manufacturers self-certify their devices. The market for the CableCARD system was hampered by the requirement that CableLabs certify all CabeCARD devices. CableLabs is a cable industry-controlled body with an inherent bias against promoting competition in the video device industry. Instead of making the same mistake with AllVid, the FCC should require self-certification and utilize technologies that are available on a royalty-free basis, such as Google’s VP8 video codec. Likewise, the FCC should not allow access to content to be encumbered by copy protection technologies like DRM. With self-certification and open technologies, manufacturers large and small, established and new, can compete in the video device market.

In our comments, we also address concerns that copyright will inhibit the use of electronic programming guide (EPG) data by third-party devices. Without access to this data and the ability to manipulate and display it, third-party devices would be rendered less functional and less competitive. However, EPG data are simply facts that describe programming. Facts, as the Supreme Court explained in Feist Publications, Inc. v. Rural Telephone Service Company, are not copyrightable. Thus this information may be freely utilized in devices manufactured by third-parties. Furthermore, even if this data were copyrightable, the FCC has the authority to compel MVPDs to share EPG data with device manufacturers. Copyright will not encumber the use of EPG data or hinder the development of the video device market.

Implementing AllVid provides the opportunity for the FCC to fulfill its duty to create a competitive marketplace for video devices. However, the FCC must enact rules that ensure that AllVid does create this promising marketplace, and is not simply side-stepped by incumbent MVPDs.

This post was previously published on publicknowledge.org and is republished here under a Creative Commons license Attribution ShareAlike 3.0 License.