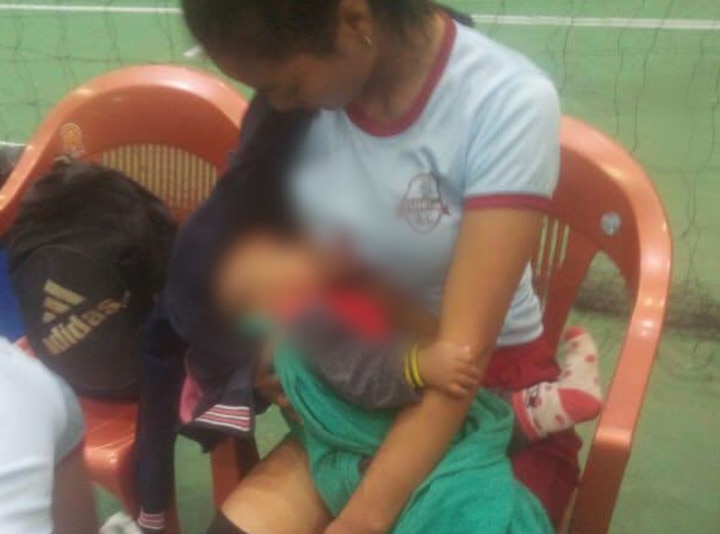 Nothing can stop a woman from achieving what she wants if she sets her heart on it. But a lot of times, the moment a woman becomes a mother, her entire life revolves around her child. Meeting the demands of being a new mommy and balancing a career can prove to be a herculean to task for moms. No wonder then that many women in the past used to give up their thriving careers or retired at the peak to take care of their families. However, of late, this trend seems to be slowing down. With more and more women stepping out of their homes to pursue a career, the child’s upbringing was thought to be a concern. But not anymore as working mothers have managed to silence their critics by balancing their mommy responsibilities and their careers quite successfully.

When we look around us, we’ll find plenty of examples of such hardworking mothers who are also acing at their respective careers. We may personally not know everyone. But every now and then, working mothers do come into the spotlight. Their efforts get highlighted via social media posts, a viral video, or even a heartwarming picture showing what they do best – being mothers even at work!

Recently, an endearing picture of a volleyball player in Mizoram breastfeeding her baby during the match’s halftime became the focus of social media adulation. In this image, the volleyball player whose name is Lalventluangi is seen holding her 7-month-old baby to breastfeed. Lalventluangi belongs to the Tuikum constituency team of Mizoram. The State of Mizoram is currently holding Mizoram State Games 2019. It was the first day of the games on Monday, 9 Dec 2019. Lalventluangi’s team was playing the first match of the day. It was during the halftime that Lalventluangi headed straight to attend to her baby’s needs while the rest of her team members took time to catch a breath. Soon after, she was back on the field with her peers. This picture was so inspiring that it was tweeted by the Minister of State for Sports in Mizoram – Mr. Robert Romawia himself. Not only that, but the minister also announced a reward of Rs. 10,000/- to the player as a token of his appreciation.

Ever since this image was posted on social media, it has since gone viral. Many have been applauding the player for her dedication toward her child as well as her passion for her chosen sport. Netizens have been saluting her spirit of motherhood and have even called her inspiration for many other working mothers. 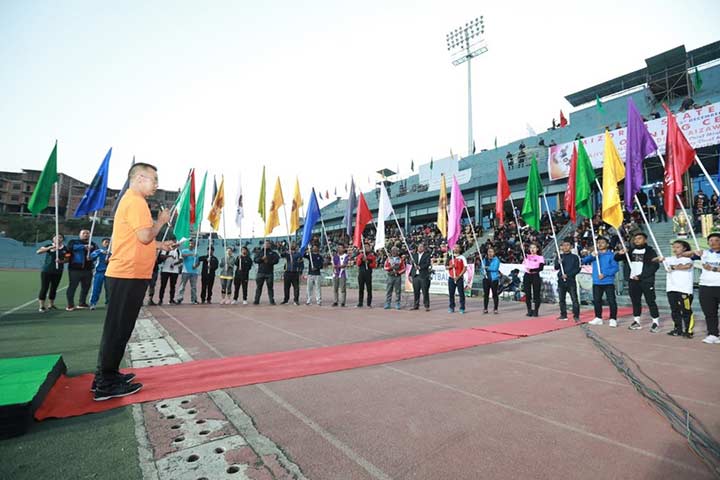 We cannot stop admiring the player for how she has unintentionally become a beacon of light for aspiring sportswomen who are also mothers. However, it is also noteworthy how this picture has also shattered the stigma of breastfeeding in public places. We all are aware that breastfeeding is a natural and beautiful thing. However, in many countries, breastfeeding in public has been often frowned upon. Those mothers who wish to attend to their baby’s needs are usually met with disapproving looks, made to feel uncomfortable, and worse still, asked to stop feeding and leave the area immediately. In such a scenario, this image also serves as an inspiration to those moms who are scared of feeding their child in public areas when the need arises. It is also heartening to note that this act of Lalventluangi was captured by her teammates and appreciated by none other than the State Minister for Sports in Mizoram himself. With such overwhelming support, any mother would be proud to feed her baby. Like the rest of them, we too salute Lalventluangi for what she has achieved – both on and off the field! Kudos to you!