How is the recognition of and inclusion of women in the negotiations and work for the “universal” and multilateral efficacy of a nuclear test ban treaty? 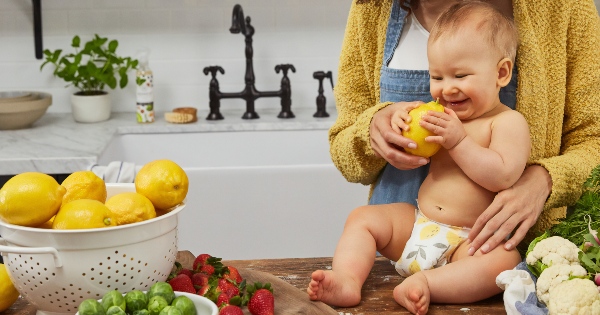 Reduce excessive military expenditures and control the availability of armaments

Actions to be taken

f. Recognizing the leading role that women have played in the peace movement

ii. Support negotiations on the conclusion, without delay, of a universal and multilaterally and effectively verifiable comprehensive nuclear-test-ban treaty that contributes to nuclear disarmament and the prevention of the proliferation of nuclear weapons in all its aspects;

If we take the paragraph 143(f)(i), the format continues in similar trends as before with the focus on the importance of women in the advancement of peace. The reduction of military expenditures and the international and national control of the number of armaments within the world. This, alone, would prevent a large number of costly and unnecessary wars for us.

The main emphasis standing out is the timeline to me. In which, the general work is for the development of a situation in which the inclusion of women leads to a more immediate development of a comprehensive nuclear-test-ban-treat than not. The specifications are not too deep here. However, we can note the ways of this becoming a reality to some degree.

The reduction in military spending in 1995 was an issue. Same with as recent as 2010 with PeaceWomen stipulating the world military expenditures as “$1,630 billion (SIPRI).” [Ed. Probably based on the numbers from Stockholm International Peace Research Institute.] These almost 2 trillion dollars worth of expenditures create misery and havoc and then the further need for arms to prevent the mitigate the harms of the aggressors on the defenders, and vice versa.

It seems hard to characterize any side in a war as necessarily winning in the war because of the massive and catastrophic damage to that which seems difficult to place a dollar value: human life. As has been noted in some of the other casual commentaries in previous sessions, the general orientation of the Beijing Declaration becomes the requirement of the international community for the inclusion of women into the conversation of equality and on some of the – still – most pressing issues of the modern period.

Some consider mythology the most fundamental issues of the day. However, those days continue to retain a certain passe ignorance of the world and of history. It reminds me of the remarks of H.L. Mencken on the “bombast and make-believe” of some men, which may, in fact, come at moments of marginal religious revival. Those in their denouement now.

Some Canadians harbour sentiments to this effect, often leading 18-35-year-old males who happen to have left some sectors of the atheist movement or questioned it. Women’s equality will continue to shake some of the foundational aspects of society, where equality for women will strike some sectors as unfair. Where the ability of women to make choices for themselves will come with predictable backlashes, the danger, in the era of a rise of nuclear proliferation potentials, comes from the reactions in the reduction or efforts to reduce the number of women in leadership.

This is troublesome. Women are some of the most effective moral actors in the world because of the realism placed on them via dashed dreams far earlier than the Big Disappointment experienced by most men much later. With nearly $2 trillion spent on arms around the world in 2010, and probably closer to this approximation now, the necessity of comprehensive treaties for the stoppage of nuclear testing is as high as ever.

With the attempts to prevent women into the public arena, at any stage, we will suffer the consequences at some point.

(Updated 2019-08-21, only use the updated listing, please) Not all nations, organizations, societies, or individuals accept the proposals of the United Nations; one can find similar statements in other documents, conventions, declarations and so on, with the subsequent statements of equality or women’s rights, and the important days and campaigns devoted to the rights of women and girls too:
—
Scott Douglas Jacobsen founded In-Sight: Independent Interview-Based Journal and In-Sight Publishing. He authored/co-authored some e-books, free or low-cost.
—
Did you know you can join our Facebook groups and share your post where appropriate? (Please share only in the groups that make sense for your topic)Sex, Love, Etc.Political ActivismDisposability of Men / CTE Contact SportsEducation#StopRacismConscious Intersectionality#StopSexismMen’s Mental HealthParenting & Relational IntelligenceEnvironmental ActivismAnd….of course our The Good Men Project Writer’s Group.
—

Photo by The Honest Company on Unsplash