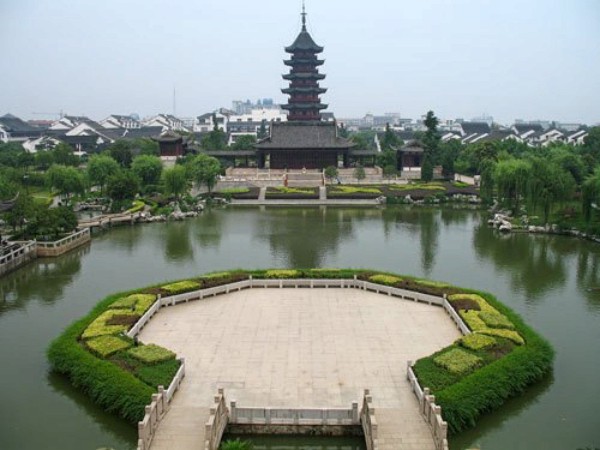 One of the best things about having a guest visiting is it kicks you in the ass and reminds you that those scenic spots aren’t going to see themselves.

Recently, while putting together a list of tourist spots around Suzhou for my Your China Pal site, I discovered a place I had not heard of – Pan Gate. As one of Suzhou’s oldest landmarks, I’m not quite sure how it slipped past me. 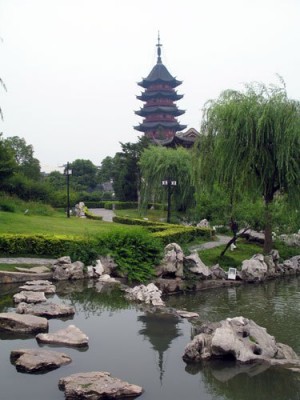 Located in the south west corner of the ‘old city’, the gate is part of a larger park, or scenic area. For anyone trying to reach it, it is nestled directly behind the Suzhou Sheraton (map), on XinShi Rd. (about 500m west of Renmin Rd.).

Originally built about 2,500 (during the Warring States Period) the gate was part of Suzhou’s surrounding wall, and was the only entrance point into the city. The park also includes the Pagoda of Auspicious Light, Suzhou’s oldest pagoda, built just a crapload of years ago. 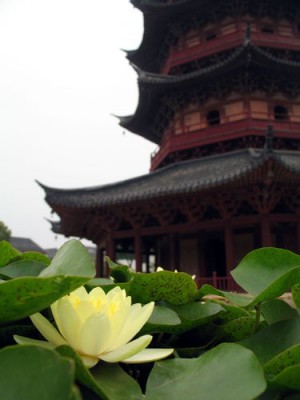 And here’s the thing. As much as this history stuff is neato and I love standing on it and going “wow… this is 2000 years old”… it’s all not. But it is. And that’s where it gets confusing. I mean, I dare say there’s nary a historic/tourist sight in China that hasn’t been retouched, rebuilt, or re-“imagined” over the years. And that generally cuts into that “oh so authentic” feel.

But really, who the hell cares? It used to bother me, and I would walk around thinking “sure, it’s old… but it was rebuilt in 1986…” What I’ve learned to appreciate is that when you go to these places, recreated or not, it’s attempting to capture something. And that’s important when it could just as easily be made a carpark. 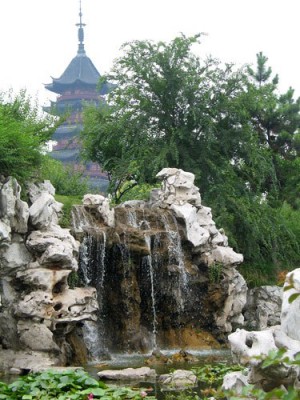 Aside from the scorching and humid 35° weather, the park was fantastic. Wide-open, not too littered with other visitors (even on a Saturday), and with plenty of nooks and crannies to get lost in.

The other great thing about it is that it was only 25 RMB to get in. It’s an additional 6 RMB to climb up the pagoda, which I didn’t do (more for the thought of climbing a bunch of stairs in that heat, than the $0.80 it would have cost me).

We visited the Pan Gate scenic area largely on the high praise it was given by a friend of mine. She’s leaving at the end of the week to return to Scotland, and as such has powered through every spot in Suzhou a tourist could even think of visiting. Her motivation to get out and actually see this unique place we live in puts me to shame and I’m going to attempt to do it a bit more.

Hell, one day I may even get around to posting my Tiger Hill photos or, gasp, the Tongli video blog. 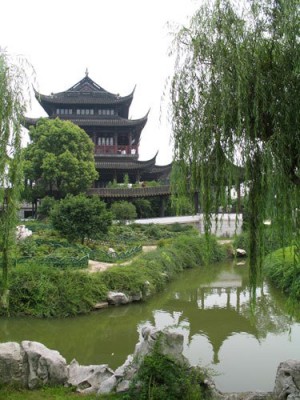