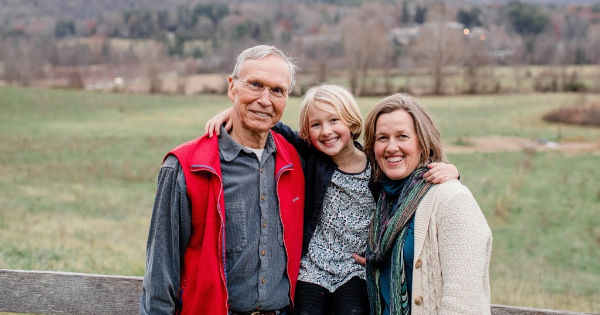 As I was writing this for my seventy-seventh birthday, in the midst of a worldwide pandemic, a scene from Monty Python and the Holy Grail flashed into my consciousness: A couple of grubby-looking guys are pulling a cart full of corpses through a plague-ridden medieval village while one of them periodically bangs a gong and shouts “Bring out your dead! Bring out your dead!” A villager approaches carrying a bloke, apparently lifeless, to toss onto the cart when the bloke raises his head slightly and mutters, “I’m not dead.” Well, given that you’re reading these words right now, you can rest assured that I’m not dead yet.

I don’t know when my number will be up, but at the age of seventy-seven, while I’m healthy and fit, it’s clear that I’m much closer to the end than the beginning of my time in this mortal form. So, if I were to succumb to the coronavirus, I would, nonetheless, have had a good run. I’ve lived a full and fulfilling life, with, it would seem, a horseshoe up my ass. That is, though life has presented me with some enormous challenges that one might judge as adverse, I’ve had exceptionally favorable luck, consistently landing on my feet with an eventual auspicious outcome.

Unfortunately, on Sunday, December 7, 1941, an urgent news flash on the radio of the truck Mack Mulkey was driving announced that the Japanese had attacked Pearl Harbor. Mack, my prospective father, was on his way to Irving, Texas to visit the young woman destiny had chosen for my mother, Callie Sue Tilghman. But the advent of World War II totally disrupted normal life across the nation and could have easily put an end to the young couple’s plans for marriage and a family together. Fortunately, accelerated by Mack’s inevitable induction into the armed forces, Callie Sue, then seventeen-years old, and Mack, twenty, were married on June 20, 1942, and I was conceived shortly thereafter, entering the world on April 28, 1943.

After the war, Dad attended Southern Methodist University on the G.I. Bill, graduating in 1948 with a degree in electrical engineering. Unfortunately, he eschewed the opportunity to join some of his fellow graduates in a little start-up that came to be known as Texas Instruments. Fortunately, Dad secured an entry-level engineering position from which he persistently scaled the corporate ladder, working diligently with my Mom to fashion a gratifying life for themselves and their three children—Nancy (my darling little sister, the apple of mommy’s eye, who has created her own rewarding family life), Art (my younger brother who, at his birth, I nicknamed Butch and who went on to father two terrific children and become a successful chiropractor) and, of course, me.

Unfortunately, I never got the pony I longed for as a child, so was unable to fulfill my burning ambition of becoming a cowboy, the pinnacle of manhood in my immature little mind. Fortunately, I shifted my focus to sports and made my mark as a fierce and skillful football player, an endeavor my dad (with unfulfilled gridiron ambitions of his own) reveled in and my mom (sometimes fearful I’d be injured) mostly endured. Unfortunately, in 1963 I got kicked off the University of Tennessee football team for making a 0.0 grade point average spring quarter of my sophomore year and being involved in various other shenanigans. Fortunately, I transferred to Sewanee: The University of the South where we won all but two games during my time there, and I made all-conference my senior year.

Unfortunately, to suppress the voice of my inner demons, I drank excessively in my early twenties and totaled three cars in one-car accidents. Fortunately, the only injury to anyone was a minor cut on my left shoulder, and in my mid-forties I quit drinking cold turkey.

Unfortunately, like most men of my era, I had been indoctrinated into the patriarchal model of masculinity—domineering, driven, sexist, and emotionally constrained. So, when I was thrust into fatherhood in 1968 at the age of twenty-five, I hid my compassion and empathy behind a façade of invulnerability. Fortunately, in her lovability and openheartedness, my tiny daughter could sometimes penetrate my seemingly impermeable veneer and awaken that suppressed part of me that could love and feel.

Unfortunately, in 1983 my Knoxville energy conservation company went under, and I lost my car, home, business, and wife, leaving George, proprietor and barkeep at the Roman Room, with a $500 unpaid bar tab. Fortunately, at the age of 41, I realized at some unconscious level that my life must change.

Unfortunately, the only action I could then conceive of was to alter my outward circumstances, and I eventually found myself in Texas. Lonely and alone, I descended into my dark night of the soul. Fortunately, In the midst of my grief and heartache, I summoned up the courage to do the healing work required to gradually shed the encrusted layers of machismo beneath which I’d hidden my true essence and step into a more conscious, more authentic manhood, gaining numerous trusted mentors, allies, and friends along the way. And I did my best to atone for my past transgressions, including belatedly paying my Roman Room tab. Toward that end, if I have ever treated you disrespectfully or unlovingly, I ask for your forgiveness.

Unfortunately, for several years I was without a significant other (except for my cat Chocolate) for the first extended period of my life. Fortunately, I took this opportunity to become crystal clear on how I wanted to show up in the world and the attributes I wanted in my next mate, including among others, physically attractive; loving and authentic; devoted to emotional and spiritual growth; believes in equality for all; doesn’t smoke, do drugs, or drink to excess; and good sense of humor. Nowhere on my list was anything about age.

Unfortunately, when I joined the Austin Fit running group of men and women training for the 1996 Austin Motorola Marathon, there seemed to be no unattached women who matched my vision. Fortunately, I formed deep connections with all the runners of the Green Group and thoroughly enjoyed our lively banter during our numerous long runs around Town Lake and over breakfast at Magnolia Café after our Saturday morning workouts.

Unfortunately, when the Green Group planned a social outing one Saturday night, almost everyone backed out at the last minute. Fortunately, the two people who decided to go ahead with our plans were Shonnie Lavender and me, an evening that came to resemble a first date rather than just two running buddies out on the town.

Unfortunately, there was an almost three-decade age difference between Shonnie, age twenty-five, and me, age fifty-three, a gap some deemed too sizeable to bridge. Fortunately, Shonnie and I intentionally confronted the social taboos, family concerns, and our own unconscious beliefs regarding relationships such as ours, and we entered a committed relationship on January 1, 1997. We moved to the mountains of western North Carolina later that year, and surrounded by family and friends, we married on May 30, 1999 at Bend of Ivy Lodge outside Asheville.

Unfortunately, my grandkids lived quite a distance away from Asheville. Fortunately, when they were young, each summer they came to visit with Shonnie and me for the better part of a week, when we played Clue, went on hikes, went whitewater rafting, and swam in the chilly waters of Sliding Rock.

Unfortunately, in 2009, when Shonnie (then thirty-seven) unexpectedly announced that she wanted to have a baby, I was not at all excited about the prospect of becoming a father in my mid-sixties. Fortunately, my thinking did a U-turn when Shonnie said, “I hate thinking about this, but … with our age difference, you’ll probably die before me . . . and after you’re gone, it would give me great comfort to have a child that we brought into the world together.”

Unfortunately, Shonnie’s labor in early September 2010 continued for more than forty hours, and while she had wise and compassionate support from her doula, her nurse, her physician, and me, the physical and emotional ordeal was nonetheless extremely challenging. Fortunately, when our baby finally arrived, I caught her, announced “It’s a girl,” gently handed Gracelyn to her ecstatic mother, then carefully cut the umbilical cord. In that pivotal moment, I silently vowed that this precious child would have the father for whom I still secretly longed, that she would have a safe, secure, loving, joyful home, that she would be empowered to grow into exactly who she was intended to be—a self-reliant, open-hearted, high-spirited, fiercely independent, powerful human being who joyfully dances to her own tune.

Unfortunately, it took decades before I acknowledged my purpose in life and my true calling as a writer. Fortunately, in my fifties, I became clear about my purpose: I write to help create a shift in the cultural paradigm—to one of greater compassion, justice, and sustainability. And while my memoir has yet to be published, my personal essays and op-eds have been published in The Washington Post, Huffington Post, the Asheville Citizen-Times, The Good Men Project, and many other publications and websites.

Unfortunately, I don’t really believe I’m going to some heavenly reward, some pie in the sky in the sweet bye and bye. Iris Dement sums it up for me pretty well: “I think I’ll let the mystery be.” Though an afterlife would certainly be a pleasant surprise. Fortunately, I believe my spirit will live on in the writings I’ve left behind, but most importantly to me, in the hearts of those of you who love me.

Unfortunately, I lived much of my life as though I had an infinite amount of time in my earthly existence. Fortunately, in recent decades, living a spiritual life has meant being conscious of my eventual death and being ready to go at any moment—all affairs in order, everything said that is to be said, everything done that is to be done, atonement for my misdeeds, forgiveness extended to myself and others, no loose ends. To paraphrase John Donne, you never need to know for whom the bell tolls; in due course it tolls for all of us . . . and one day it will toll for me.