Medical anthropology is a field that is concerned, either directly or indirectly, with the improvement of health conditions. 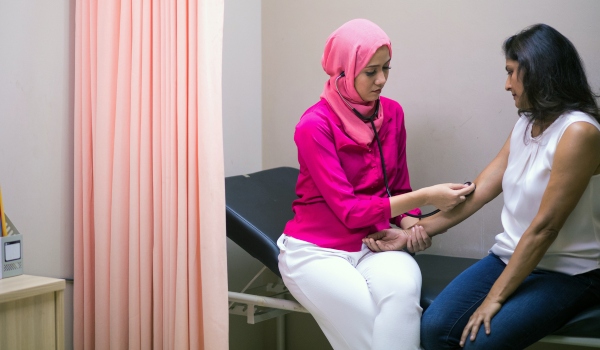 Medical anthropology is a field that is concerned, either directly or indirectly, with the improvement of health conditions. A first step to ameliorating circumstances that cause poor health is to understand them. For those conditions to be understood, analytic frameworks that help us to deconstruct the environments in which health is maintained, or not, are needed. Dr. Anke Niehof has presented us with one such framework here, and successfully applied it to help elucidate the context of a compelling health and social problem: the AIDS pandemic.

As her analysis of a case is intended to document the utility of her framework, this article would have been even more instructive if Niehof had more closely matched her discussion of Sam and Liza to the summary points presented in the theoretical part of the article. Her analysis was strongest when she did closely follow them, e.g. in the discussion of care. Had she more precisely followed those points, the utility of the model would have emerged more sharply. Furthermore, this procedure might have also revealed, more clearly, the importance of identifying the locus of action in the nexus of households, individual members of households, and the larger political and social contexts within which they live. Households do not act, individuals do, albeit in the context of a household, a family, a political economy and society at-large. It is for this reason that I disagree with the decision to focus on the household as the “ultimate level of analysis”. I will try to illustrate this with two examples from her paper.

The example from her fieldwork in Madura, Indonesia, in which a person with tuberculosis goes to see a traditional healer, requires further substantiation to make the case that the appropriate level of analysis is the household. Niehof writes, “the decision is not an individual action. It is taken within the household…” Because we are not presented with the description of the decision making process, the reader is left in a quandary, since it is ultimately the individual who goes to see a traditional healer, not a household.

In Niehof’s description of Liza’s decision-making process, it appears to be the case that Liza’s individual actions played the central role that affected the household structure. Thus, it might be more accurate to conclude that the household setting meditated what Liza could do, but she is the primary and pivotal actor. The future of the household was severely constrained by her husband’s (also an individual) decision to block her access to his financial resources, which thereby deprived her of the means to sustain the household after his death.

Thus, I believe that if a pathway analysis could be extended to the ties that bind the individual to households and to societies, her MEAH framework would be even more useful.

A second point with which I differ with Niehof is the position of the individual in the CEMMA framework. Niehof writes that she “objects to the central position of the individual’s mental and physical needs” in the CEMMA model because “the emphasis should be not on the needs themselves but on the manner in which they are met”. Putting these needs in the middle of the diagram does not imply that this is primary emphasis. To the contrary, it draws attention to the fact that the boxes that surround these needs and their interactions are fundamental to understanding survival. In other words, the model does exactly what Niehof calls for – it focuses attention on the manner in which these needs are met. If they were not placed in the middle, these needs would have to be placed to the side with all of the arrows leading to and from them. This, however, would give them undue prominence and imply a causal model that fails to take into account the fact that the biological conditions of individuals (including being infected with HIV and being malnourished) are also affecting, as well as being affected by, all of the social and physical systems that are indicated in the rest of the model.

In short, Niehof has successfully engaged with and applied an ecological model to help understand the ways that AIDS has affected a family. I look forward to observing how other researchers will apply this useful framework to facilitate an understanding of other complex health-related decision-making processes of both individuals and households.

Previously published on medanthrotheory.org and is republished here under a Creative Commons license.