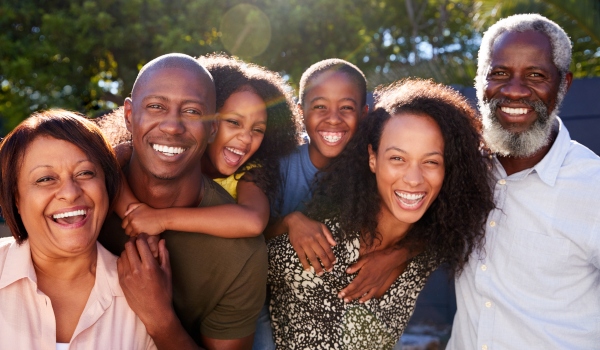 —
When five members of Extinction Rebellion’s youth faction climbed on top of the entrance to YouTube’s HQ on Wednesday, they were protesting against a problem that has particular relevance for their generation.

In a letter to the company, they demanded that YouTube changes what the group claims is its disproportionate platforming of climate denial, on a site which is the most watched platform for 16-24-year-olds.

It is one of many ways XR Youth members are trying to make their voices heard in the climate crisis protest movement, which for them has an urgency they believe others struggle to fully grasp.

Talia Woodin, 20, one of the XR Youth members who protested at YouTube, said: “It’s something that older generations will never be able to understand, because they’ve never been told that they will not get the same opportunities in their future that their parents and their grandparents had.”

Daze Aghaji, another XR Youth member, said: “As an older person, you’re doing it for your next generation – but we’re actually doing it for ourselves.” The group is tired of hearing about the need to “save the children”; they are the children, and they have their own voice.

Since XR’s two-week rebellion in April, and on the back of the school climate strikes spearheaded by Greta Thunberg, young people have been flocking to join up, the group says. There are now at least 80 XR Youth groups internationally, 55 of which are in the UK. All are made up of climate activists born after 1990, with an average member age of 16, although some are as young as 10.

XR’s second wave of protests in the past two weeks have led to thousands of arrests and a police crackdown, which has banned them from congregating anywhere in London. XR Youth has organised its own action as part of this, including the YouTube protest and another outside the Department for Education to campaign for better teaching about the climate crisis in schools.

Woodin considers the protest so vital she has dropped out of her visual anthropology degree to help coordinate the XR Youth rebellion. Growing up, her parents were engaged in Green party politics and her father, Mike Woodin, was the party’s principal speaker for six years until his death from lung cancer in 2004, when she was five.

As he was a non-smoker and lived a healthy lifestyle, Woodin believes he was affected by the high levels of air pollution in Oxford where they lived. She said: “Having that exposed to me at such a young age made me reassess my priorities.”

She finds that older people often compare the current climate crisis movement with the protests over nuclear weapons in the 1950s and 60s. But for her, they are not the same: “We are the first generation which has been completely united by such an existential universal threat.”

That is why XR Youth is not afraid to stand its ground in the broader XR movement. Back in July, the group democratically voted against any involvement in the Heathrow disruption plans, and members have placed a greater emphasis on climate justice by working closely with the Internationalist Solidarity Network to provide support to indigenous groups and those in the global south who are the frontline of the climate crisis.

Hollie Andrews, 21, helped set up XR Youth earlier this year, as part of a group who felt they were not getting the support they needed as young people within the rebellion.

“We’re challenging the main XR a lot, we’re seeing what we don’t like and trying to fix that with XR Youth,” she said. “XR isn’t perfect but give us a better alternative. There isn’t one, I don’t think.”

Coverage of XR’s rebellion has been dominated by the number of arrests, but the XR Youth team are keen not to glorify this. While some members perceive the threat of arrest as “meaningless” in the face of such an uncertain future, others think the arrest burden should fall on older people.

XR Youth coordinator Savannah Lovelock, 20, said: “Adults need to be accountable to the young people, and if that means going on the streets and getting arrested in the thousands so we can have a chance of getting to the government and saying what we think should happen, then I think that should be the strategy.”

For them, the fight is not just about the climate crisis but also the system they have grown up in and the impact this has had on their mental health.

Daniel Walsh, 17, is part of XR Youth London and has been arrested five times for his part in the protests. He said: “Young people already have to face the problems of social media and body image issues … and now you’ve got the climate crisis to deal with as well. For some people, it has tipped them to breaking point. Certainly for me, XR has kept me alive. I was depressed before I was part of XR.”

Reflecting back on their time in XR Youth, the members seem most proud of the communities that have been built and the friendships they’ve forged through the movement.

“Rebellion isn’t just going on the street and getting arrested, it’s also rebelling against a system that makes us lonely and have no purpose,” said Lovelock. “It’s about creating those communities where people are held in their grief and their terror of what’s going on.”

This post was previously published on ecowatch.news and is republished here under a Creative Commons license CC BY-ND 4.0.