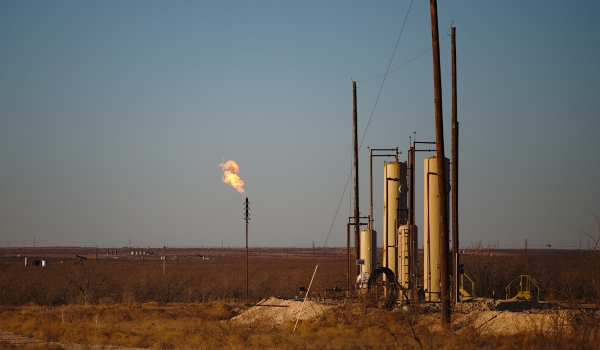 Global methane emissions from oil production between 1980 and 2012 were far higher than previously thought – in some cases, as much as double the amount previously estimated, according to a new scientific study

The reason for the discrepancy is simple. The author of the study − which also includes emissions of another gas, ethane − says it is the first to take into account different production management systems and geological conditions around the world.

Lena Höglund-Isaksson, senior research scholar at the International Institute for Applied Systems Analysis (IIASA) in Laxenburg, Austria, describes the old figures, which were based on arguing that what happened in North American oilfields applied equally to the rest of the world, as “rather simplistic”.

The IIASA study, published in Environmental Research Letters journal, is another reminder that climate science – like all science – is only as dependable as the data on which it relies.

In a system as complex as the atmosphere, faulty data can have far-reaching consequences.

Yet while methane concentrations in the atmosphere can easily be measured, it is much harder to establish how much the different sources, whether human or natural, contribute to the total. This information is needed to work out how to reduce emissions.

Dr Höglund-Isaksson explains: “In an oil reservoir, there is a layer of gas above the oil that has a methane content of 50% to 85%. When you pump the oil to the surface, this associated gas will also escape.”

In oil production in North America, she says, almost all of this gas is recovered, and most of the small amount that is not will be flared to prevent leakage − and possible explosions. A very small amount is simply vented.

In other parts of the world, where gas recovery rates are lower, much larger quantities of methane emissions are released into the atmosphere.

“In an oil reservoir, there is a layer of gas above
the oil that has a methane content of 50% to 85%”

(Bottom-up, in this context, involves multiplying the production of oil by the amount of methane released per unit of oil produced).

This approach left ample room for error, so she decided to find a new method to provide a better explanation for the global variations.

In the new study, Dr Höglund-Isaksson estimated global methane emissions from oil and gas systems in over 100 countries over a 32-year period, using country-specific data ranging from reported volumes of associated gas to satellite imagery that can show flaring.

She also used atmospheric measurements of ethane, a gas that is released along with methane and is easier to link more directly to oil and gas activities.

Dr Höglund-Isaksson found that global methane emissions, particularly in the 1980s, were as much as double previous estimates.

A decline in the Russian oil industry in the 1990s contributed to a global decline in emissions, which continued until the early 2000s. That was when methane recovery systems were becoming more common and also helping to reduce emissions.

She says that there is still uncertainty in the numbers, and that improving the data requires close collaboration between the scientific measurement community and the oil and gas industry to make more direct measurements available from different parts of the world.

The good news is that her research promises more accurate measurements of how much methane is in the atmosphere.

The less good news is that just how much is there appears to be increasing rapidly – faster than at any time this century. – Climate News Network