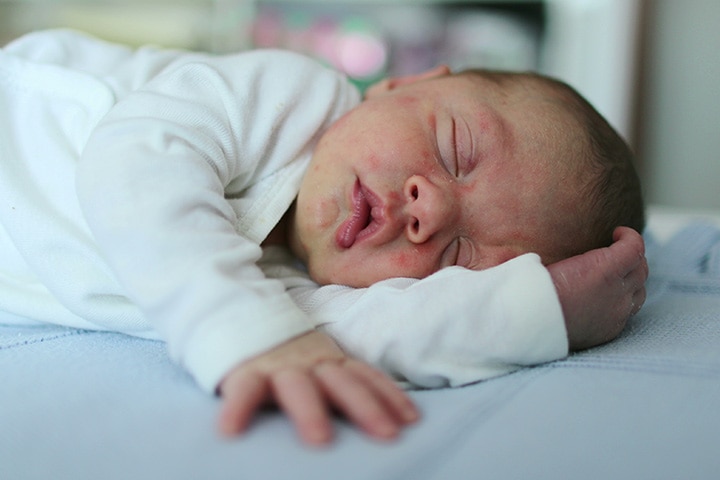 Newborns are tiny, tender, and delicate beings. No wonder then that you’ll think many times about their safety and well-being while handling them. Even the slightest thing that seems amiss might alarm the new parents enough to make them rush to the doctor. One such thing is strange sounds that their newborn makes while breathing. Newborns make different sorts of noises while breathing, making their parents worry about their safety and well-being. So, if you are one such parent who is worried about their little one’s breathing, then you’ve come to the right place:

How Newborn’s Breathing Is Different From Adults (1) 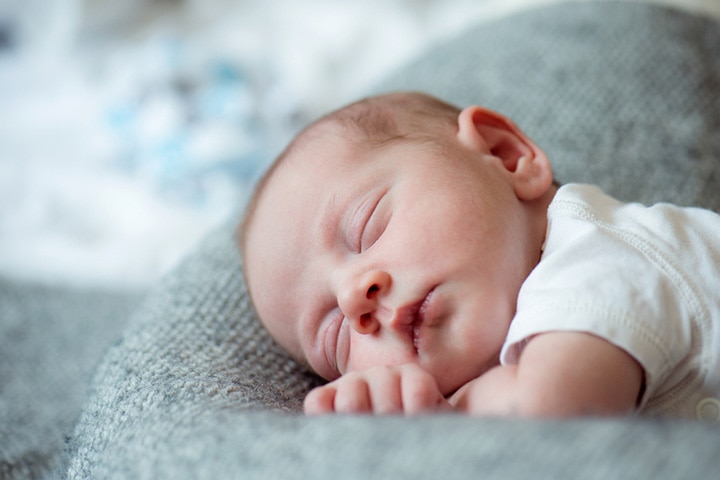 Before we begin analyzing the reasons behind those strange breathing sounds, we first need to understand how a newborn’s breathing is different from the adult breathing pattern: 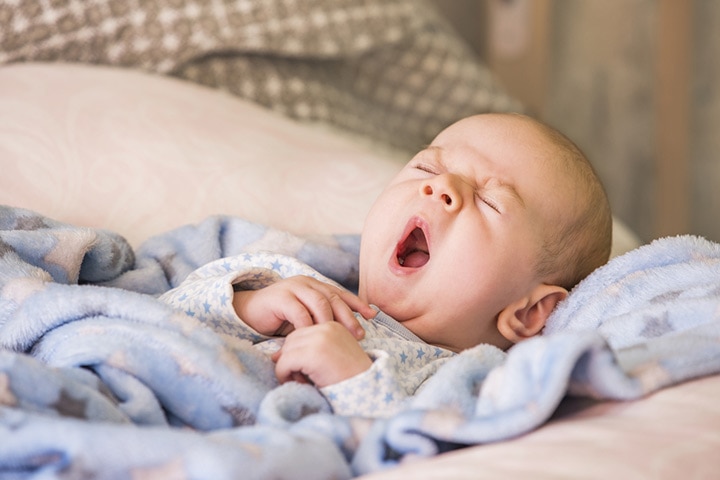 Babies have a different breathing pattern too. They usually breathe fast and then take a break of less than 10 seconds for a brief period in between before starting to breathe again. This type of breathing pattern is called periodic breathing and is normal for babies. Unlike adults who use lungs for breathing, babies use the diaphragm for inhaling and exhaling (2).

Most parents often panic about their baby’s breathing since they are not familiar with the different patterns and conditions. Here are a few common ones and the reasons behind them:

Snoring: If you hear your little baby snoring, it might usually be due to mucus in the baby’s nostrils which might be blocking the breathing passage. At times, though, snoring can be caused due to tonsillitis or sleep apnea too. 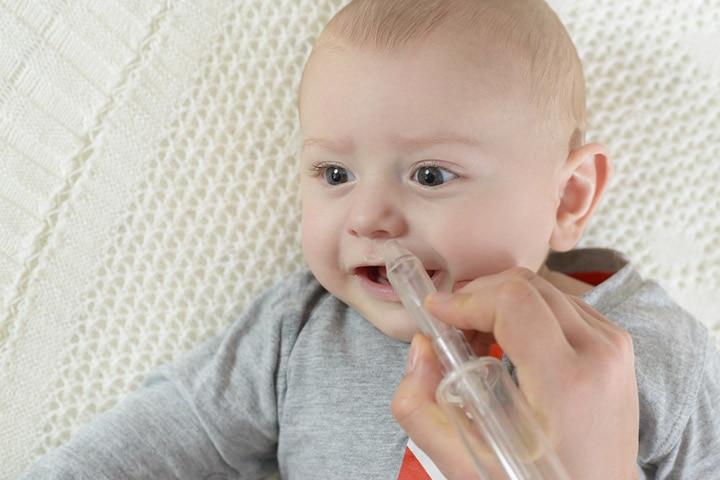 Whistling Noise: If you hear your baby breathing in a funny whistling noise, then check the nostrils for any blockage. In all likelihood, there might be a mucus build-up that you can gently suction away or ask your pediatrician to help you out with it (3).

Wheezing: In wheezing, babies usually take short breaths along with a whistling noise. However, wheezing is typically noted during exhalation. It occurs either due to blocking or narrowing of the lower airway passages in the lungs. It is often difficult to figure out if your baby is really wheezing as even dried mucus in the nostrils can cause a whistling sound. But if the whistling noise is consistent and accompanied by a rattling sound, then make sure you get your baby checked as soon as possible (4). 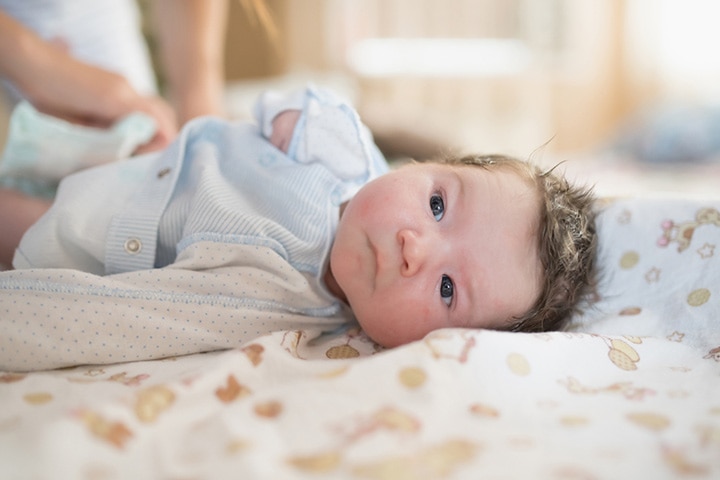 Grunting: If your baby makes occasional grunting sounds while sleeping, then you don’t need to worry. Grunting is quite normal for newborns when they are having a bowel movement, which can happen even in their sleep. Unlike adults, newborns do not know how to relax their pelvic muscles and use abdominal muscles to push the gas or poop out. Thus, they end up using their diaphragm and the closed glottis (voice box), which results in the grunting sound.

However, if your baby has a fever, grunts consistently with every breath, or shows distress while breathing, visit a doctor immediately (5).

These are some of the most common noises made by newborns while breathing. While most of them are harmless, make sure you are always alert. Check if your baby has a blocked nose, a soiled diaper, or a common cold. Yet, if your baby shows distressed breathing, grunts consistently, or you notice your baby’s face or lips turning blue (due to lack of oxygen), immediately visit your nearest pediatrician.