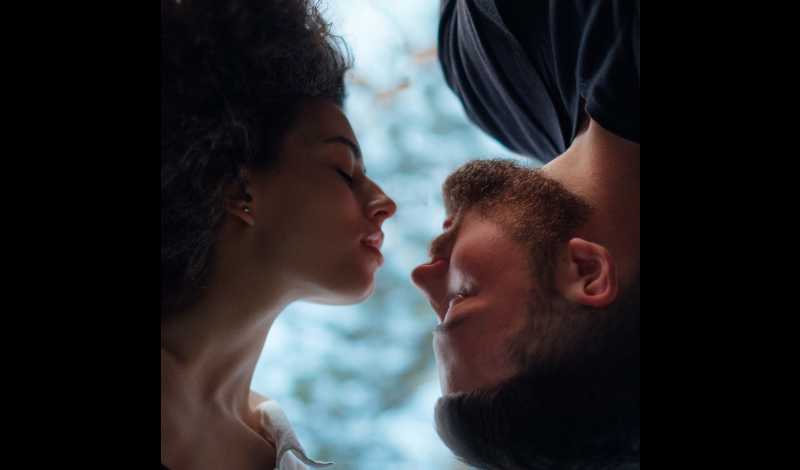 I often hear other women talk about how they needed to find themselves before they could find their person. Their story will then unfold into this beautiful heroic fairy tale with the woman finding who she is and her strength and then colliding with her perfect match.

Not I. I never needed to find myself. I’ve known myself for a very long time since before I came to the United States at ten. I am the skinny Latina, with a lazy eye and frizzy hair. Thanks to age, I have gained a few curves, but I will always see myself as curveless because habits are hard to break. I was the oddball out. In a group of kids, I was the one who scurried away to the library to eat my lunch and read in peace. At parties, I am drawn to the pets in the house because they are so much cooler than people. I’m the one with a master’s degree in talking shit because bullies taught me a thing or two about that. I can cut the best of them with sharp words in two languages. I’m the one who holds to her tears until alone under the cascade of the showerhead because I am too embarrassed to do it in front of others.

I’ve always known who I was. I pass her by in the mirror every day, sometimes twice a day.

The stories I often hear will tell a tale of acceptance as the ultimate obstacle between the woman and her perfect match. But I didn’t need to accept myself either. At a very young age, I walked across the school cafeteria and stopped looking at the scratchy tiles. I knew then; this was me. I was not going to kill myself, so I might as well put my head up and let everyone see what I see in the mirror every day because I was not going to change magically. My attitude changed after that day. I talked differently. I switched my hips when I walked. I faked it till my bullies believed it and hated me for it. Who did I think I was? They asked when they pushed the back of my head. I stood up and said I was me, and in those days, it was enough. I was enough. I was the scrawny immigrant, with a lazy eye and frizzy hair, standing up to a bunch of normal kids with normal eyes. Telling them who I was and being unapologetic about it.

Often these tales will tell of a solitary journey the heroine needed to accomplish to come to terms with herself. But I was never part of a crowd, less a big group. I yearned for solitude, quiet, and books. I could count my friends in one hand, and I rarely hung out with them outside of school.

I found love by changing my habit of picking the same man over and over. That man was funny, hard-working, loved his children, and was unavailable.

I picked this man for most of my adult life and even had a child by him. On the outside, they each looked different. Different eyes, build, hair, but on the inside, it was the same man — funny and unavailable.

So funny, I would laugh all the way to bed till I realize the relationship would not last.

I don’t know why, but the end of those relationships would always shock me; it would break me. In those years, I was that silly horror movie character that made all the wrong choices and was surprised she was the first slashed by the psycho killer.

Then I turned 30, and I felt as if I had lived two lifetimes. I was tired of being with the same man. I was ready to throw in the towel and stay single.

A few weeks after my 30th birthday, I broke up with the last of the same man and never turned back.

After that break-up, I read so many self-help and dating books. A few of them are:

I could fill this article with the other titles. But I won’t.

After extensive research, I learned about relationships and habits — relationships were a complimentary fusion with another person, and habits were hard to break but not impossible. In my 30th year of life, I chose something different. I created an online dating profile.

At that time, online dating was taboo. There were several stories in the media of women getting hurt when they will meet men found in dating sites. I listened to the warning but didn’t stop with my plan. Instead, I mitigate the risk by having lunch dates in a very public Starbucks close to home.

I was ready to pick a different man, on my own terms.

Online dating was easy and fun. Here was this list of men to choose from. I could say yes or no to whoever I wanted with no hard feelings. During my online dating experiment, my heart didn’t break anymore. I went on dates, got to know some fantastic guys, and broke it off when it didn’t serve me. There were a few annoying moments with people not being honest and rude, but the environment in online dating made it easy for me to block and move on. Better yet, there was always another to take his place.

Although fun, I didn’t find my person here. But I changed my habit and diversified my portfolio in men.

I almost didn’t meet my guy. I was so busy changing my habit that I hadn’t realized he was in front of me all along. In my quest to purge all unavailable men from my life, I brushed too swiftly and brushed him off.

But he persisted, and I finally stopped to pay attention. He asked me to a ball, and I said no because I was seeing someone else. You see, I don’t have the mental capacity to date more than one person at a time. I tried once, and I screwed it up royally. After that time, I promised myself not to do it again.

A week before the ball, the man I was seeing became distant… and unavailable. He wouldn’t call or return my calls. This had happened before with my son’s father, before the term ‘ghosting’ became well known. Immediately, red flags flashed in my mind. I was now a veteran at detecting the wrong man, and I cut him loose. I didn’t feel sad, and I had gone through this before and did not even feel angry. Instead, I picked up my iPhone and called my guy to see if he will take me to the ball.

The ball was that day, and I didn’t know if he would be ready on time or even up to it. But he gave me an enthusiastic yes and picked me up in his recently washed cherry red car. That was four years ago. Till this day my husband still talks about how our relationship started when I asked him out.

That night, I felt like Cinderella, but I kept my shoes. He danced with me and held me in his arms, and I knew before the night was over, I found him.

Looking back, I can see why I picked the wrong man over and over. I didn’t think I deserved better. I knew and accepted myself completely, but I didn’t love myself enough to pick the right man. There were signs I chose not to see along the way. Most of my friendships were superficial and short-lived, and I never worked hard at maintaining or nourishing them. I was an island with only my son, pets and books in it. I didn’t feel I was capable or worthy of more. So I kept choosing the ones I knew would not last.

I don’t know what it was about my 30th birthday, and what made me jump headfirst in online dating against everything I knew and heard. But when I changed my habit, I could see what I was doing objectively. Most importantly, I was able to compare the two courses of action and pick the best one for me. If I had continued making the same choice, this tale would have been one of pain and frustration. When I chose differently, it turned into one of love and triumph.

This post was previously published on Hello, Love and is republished here with permission from the author.
—